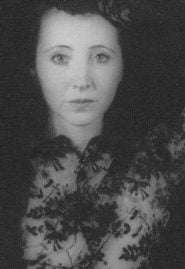 In late 1931, the author and diarist Anaïs Nin met Henry Miller and his wife, June. She first fell in love with his writing, and then with the man himself before being seduced by his wife, June.

This excerpt from Everybody I Can Think of Ever: Meetings That Made the Avant-Garde by Francis Booth recounts what would be a fateful, formative affair:

At the time he met Anaïs Nin, Henry was married  to June Anderson, the second of his five wives (Nin wasn’t, and would not be, one of the five). Nin was married at the time also, to Hugo Parker Guiler (sometimes known as Ian Hugo).

Even before she met Henry, Anaïs and Hugo already had a stormy relationship after seven years of marriage.

“We have never been as happy or as miserable. Our quarrels are portentous, tremendous, violent. We are both wrathful to the point of madness: we desire death.”

Anaïs discussed her marriage with her lover and cousin Eduardo, and notes his advice in her diary for October 1931.

“We talked for six hours. He reached the conclusion I have come to also: that I needed an older mind, a father, a man stronger than me, a lover who will lead me in love, because all the rest is too much a self-created thing. The impetus to grow and live intensely is so powerful in me I cannot resist it. I will work, I will love my husband, but I will fulfill myself.” 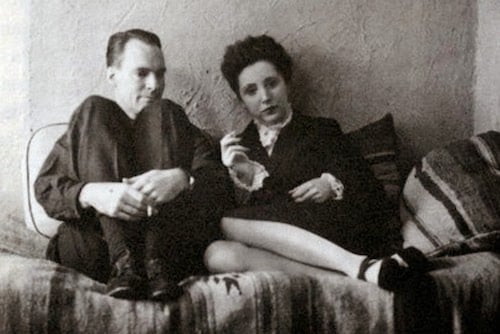 “I’ve met Henry Miller. He came to lunch with Richard Osborn, a lawyer I had to consult on the contract for my DH Lawrence book.

When he first stepped out of the car and walked towards the door where I stood waiting, I saw a man I liked. In his writing he is flamboyant, virile, animal, magnificent. He is a man whom life makes drunk, I thought. He is like me. . .

We talked for hours. Henry said the truest and deepest things, and he has a way of saying “hmmm” while trailing off on his own introspective journey. . .

A few days later I met Henry. I was waiting to meet him, as if that would solve something, and it did. When I saw him, I thought, here is a man I could love. And I was not afraid.”

Hugo knew all about her relationship with Henry and feared he would lose Anaïs to him. ‘Hugo admires him. At the same time he worries. He says justly, “you fall in love with people’s minds. I’m going to lose you to Henry.”‘

He did lose her, even though they stayed married. But he lost her to June at least as much as to Henry. Henry had met the dark, exotic June Mansfield, fictionalized in his novels as Mona or Mara (and played by Uma Thurman in the 1992 film Henry and June) in Times Square in 1923.

“It must have been a Thursday night when I met her for the first time at the dance hall,” he wrote in Sexus. She was 21, he was 31 and married. June was born Juliet Smerth in 1902 in Bukovina, a region now divided between Romania and Ukraine, and came to America in 1907.

It was June who first took Henry to Paris, having saved the money for the trip; and it was June who encouraged him to write full time and supported him as a taxi dancer (one who works as a dance partner for a fee.

June also gave him the money she got from other men, though she was at least as interested in women. In 1926 June moved a young poet – the woman she called Jean Kronski, whose real name was likely Martha Andrews – in with them. Miller hated Jean, whom he called Thelma in his short book on Rimbaud, The Time of the Assassins.

Though Rimbaud was the all-engrossing topic of conversation between Thelma and my wife, I made no effort to know him. In fact, I fought like the very devil to put him out of my mind; it seemed to me then that he was the evil genius who had unwittingly inspired all my trouble and misery.

I saw that Thelma, whom I despised, had identified herself with him, was imitating him as best she could, not only in her behaviour but in the kind of verse she wrote … In that state of despair and sterility I was naturally highly sceptical of the genius of a seventeen-year-old poet.

All that I heard about him sounded like an invention of crazy Thelma’s. I was then capable of believing that she could conjure up subtle torments with which to plague me, since she hated me as much as I did her.

Henry also fictionalized June’s relationship with Jean in Crazy Cock, the central novel of his autobiographical series, written in 1930, but not published until 12 years after his death. June and Jean left together for Paris in April 1927 but by July their relationship fell apart and June moved back to live with Henry. Perhaps two-way relationships couldn’t satisfy her. 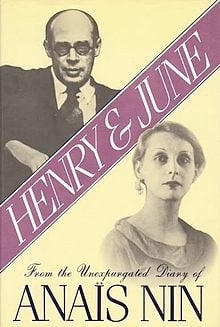 Henry left June to go to Paris in 1930; June followed him in 1931 and met Anaïs when she visited him. June seduced Anaïs; whether physically or just psychologically isn’t clear: Nin’s diaries don’t refer to any physical relationship with June, just a passionate, emotional one.

“I am already devoted to Henry’s work, but I separate my body from my mind. I enjoy his strength, his ugly, destructive, fearless, cathartic strength.” If Henry was ugly, June was irresistibly beautiful. Anaïs Nin made their first meeting seem like a stroke of fate.

A startlingly white face, burning eyes. June Mansfield, Henry’s wife. As she came towards me from the darkness of my garden into the light of the doorway I saw for the first time the most beautiful woman on earth. Years ago, when I tried to imagine a pure beauty, I had created an image in my mind of just that woman.

I had even imagined she would be Jewish. I knew long ago the color of her skin, her profile, her teeth. Her beauty drowned me. As I sat in front of her I felt that I would do anything she asked of me. Henry faded, she was color, brilliance, strangeness.

The relationship between Anaïs and Henry became three-way: the controlling June seducing the passionate Anaïs. Ironically, though Henry fictionalized June and even Jean, he didn’t write about Anaïs, fictionally or factually; all we know of their relationship is what Anaïs writes about it in her journals, which is quite a lot and often explicit, though entirely from her point of view.

She said in her journal: “I want to do [write] June better than Djuna Barnes did Nightwood.”  But that is a novel. Barnes understood the difference between fiction and non-fiction: her early reportage of New York is totally objective and her fiction, even if closely drawn from the people she knew, totally fictional.

Anaïs never did draw that line; the journals are a product of her imagination as much as her novels. Henry and June ends:

Last night I wept. I wept because the process by which I have become woman was painful. I wept because I was no longer a child with the child’s blind faith. I wept because my eyes were opened to reality – to Henry’s selfishness, June’s love of power, my insatiable creativity which must concern itself with others and cannot be insufficient to itself.

So Henry is coming this afternoon, and tomorrow I am going out with June. 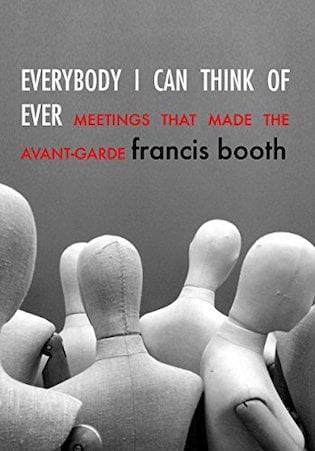