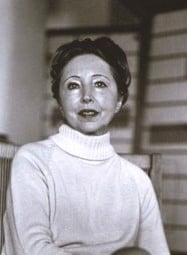 Anaïs Nin (February 21, 1903 – January 14, 1977) embodied the practice of writing as a grand passion and a path to delving deeply into the self. In this sense, she foreshadowed the immediacy of today’s world of self-revelatory memoir. She was a splendid and prolific essayist as well.

Best known for her multi-volume series, The Diary of Anaïs Nin, she wrote these journals over the span of more than thirty years (not including her Early Diaries series).

Born in France, her full original name was Angela Anaïs Juana Antolina Rosa Edelmira Nin y Culmell. Her father, Joaquin Nin, a composer, deserted the family when Anaïs was about 11 years old. He and her mother, Rosa Culmell y Vigaraud, were of Cuban descent with traces of French, Spanish, and Danish ancestry.

Anaïs spent her teens in the U.S., starting out in Catholic school. She dropped out, became self-educated, and worked as a model and dancer before returning to Europe in the 1920s.

Journeys, real and imagined, as a theme

Anita Jarkzok , in her introduction to Seduction of the Minotaur by Anaïs Nin (the last book of a five-part continuous novel), encapsulates how journeys became a theme from a young age:

“Journeys, both real and psychological, were an integral part of Nin’s life. From her early days, she led a nomadic existence, moving around Europe with her family.

Her father’s career as a concert pianist took the family from France, where Nin was born in 1903, to Germany, to Belgium, and then back to France, where he abandoned his wife, his ten-year-old daughter, and two younger sons.

The deserted mother took the children to Barcelona, where they all stayed temporarily with her parents-in-law before leaving Spain for the United States in 1914. The voyage across the Atlantic was a pivotal event in Nin’s life, as it was aboard this ship that she began her diary.

Initially intended as a letter to her father, her first attempts at writing quickly developed into a daily habit that eventually would grow to an astounding 35,000 pages, win her popular and critical acclaim in the 1960s, and become one of the most remarkable oeuvres of life writing in the twentieth century.

Among the various experiences recorded in the Diary, the most poignant descriptions relate to Nin’s travels and relocations, as each displacement forced her to face a new culture, each with its own disparate customs, values, and beliefs.”

From the earliest of her diaries, written while still in her teens, to one of her last essays, published just a year before her death in 1977, it’s clear that writing was what she believed shaped her life and gave it meaning.

“… you don’t write for yourself or for others. You write out of a deep inner necessity. If you are a writer, you have to write, just as you have to breathe, or if you’re a singer you have to sing. But you’re not aware of doing it for someone.

This need to write was for me as strong as the need to live. I needed to live, but I also needed to record what I lived. It was a second life, it was my way of living in a more heightened way.” (— from “The Artist as Magician,” an interview, 1973)

An early self-publisher & author of erotica

Early on in her writing career, Anaïs was unable to find a publisher for her work, unable to find any that would take a risk on Under a Glass Bell, a collection of eight short stories. She and her then-husband, Hugh Guiler founded Gemor Press in 1944 and printed an edition.

Nin also broke ground as a writer of female erotica in The Delta of Venus and Little Birds , which were published posthumously. She wrote the pieces collected in the former for a dollar a page in the 1940s.

Though Nin’s legacy rests largely on her Diary series and erotica, she was incredibly prolific, producing many novels and short stories. Many of these have been reissued in contemporary editions by Swallow Press/Ohio University Press.

Anaïs had many well-known love affairs, most famously with Henry Miller and his wife, June Miller, which she wrote of, fittingly, in Henry and June. She was also involved with Gore Vidal, Edmund Wilson, and Otto Rank.

Her first husband was Hugh Guiler, with whom she had an open marriage. She was still married to him when she married Rupert Pole, and eventually the first marriage was annulled. According to the Anaïs Nin foundation:

“In 1947 Nin met a young man named Rupert Pole, with whom she fell in love.  Unable to break with Guiler, Nin embarked on a secret relationship with Pole, all the while recording her experiences and feelings in her diary.

Never a believer in laws, Nin married Pole in 1955 without divorcing Guiler. During these emotionally intense years, Nin wrote a series of “continuous novels” that fictionalized her experiences. They were ultimately published under the title Cities of the Interior.” 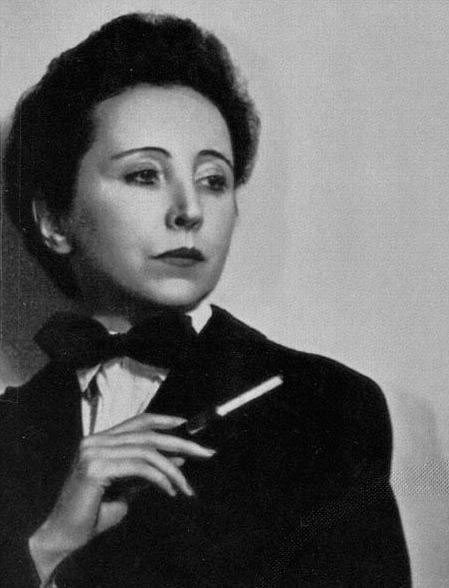 The Diary of Anaïs Nin

Though it’s generally believed that she wrote her Diaries with an eye toward eventual publication, it wasn’t until the 1960s that they were published and acclaimed as feminist classics, portraying one woman’s lifelong voyage of self-discovery.

The Diaries were largely written in the years 1931 to 1974. Her personal quest for self-knowledge ended up becoming an in-depth, honest look at the universal issues affecting women in all walks of life. “It’s all right for a woman to be, above all, human. I am a woman first of all,” she wrote.

Published during the 1960s and 1970s — when she herself was in her sixties and seventies — the Diary series hit a nerve and was a success from the start.

By the standards of today’s confessional media, Nin’s frank writings may no longer seem as revolutionary as they did just a generation ago.

In the final volume of the Diaries (Volume Seven, 1966-1974), she delights in sharing snippets from the countless letters of gratitude she received from women everywhere, in all walks of life, for example:

“The Diaries wakened me, made me relive my life, enjoy it, find new aspects to dream about; you gave me a second life.” 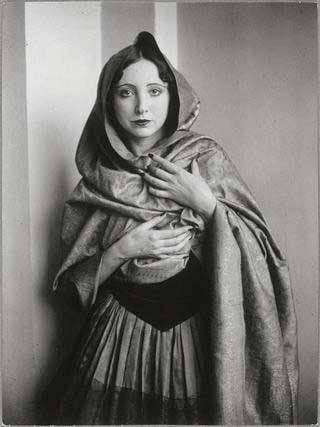 The meaning of the Diary — in her own words

“Having been told so often how wrong it is to write about one’s self—how I should take the self out of the Diary—I never expected the consequences. Because I gave of myself, many women felt I spoke for them, liberated them from secrecy and reticence.

I did not expect to get letters from women working in offices, on farms, married and lonely in little towns, nurses, librarians, students, runaways, dropouts, pregnant women without husbands, women in the middle of a divorce. Suddenly I was discovering a world.

The dominant theme of the letters was loneliness and lack of confidence in whatever the writers undertook. The miracle was that my diary made them eloquent, confessional…I discovered women with talents never used before. One woman sent me her first drawing made after reading the Diary. The Diary cured depression, opened secret chambers.

There was no ego in the Diary, there was only a voice which spoke for thousands, made links, bonds, friendships. All the clichés about self-absorption were destroyed. There was no one self. We were all one. The more I developed my self, the less mine it became. If all of us were willing to expose this self, we would feel neither alone nor unique.

I was so tired of the platitudes hurled at me. The two most misinterpreted words in the world: narcissism and ego. The simple truth was that some of us recognized the need to develop, grow, expend—occupations which are the opposite of those two words.

To desire to grow means you are not satisfied with the self as it is, and the ego is exacting, not indulgent.”

The Legacy of Anaïs Nin

After achieving worldwide recognition after the first volume of the Diaries in 1966, Nin became a feminist icon, was a frequent speaker on college campuses and at feminist events. Later in her life, she distanced herself from the more militant, political factions of the second-wave feminist movement.

Late in her life, Nin decided to publish her early diaries (The Early Diary of Anais Nin). She also released the erotica she had written decades earlier, mainly in the 1940s. These included Delta of Venus and Little Birds.

She directed Rupert Pole to publish  parts of her already-published diaries that had previously been expurgated. The best known became the stand-alone book Henry & June, detailing her love affair with fellow author Henry Miller and his wife. It was also adapted into a feature film of the same name.

Anaïs Nin died of cancer on January 14, 1977, in Los Angeles, California. The last of the Diary series was published in posthumously in the 1980s. 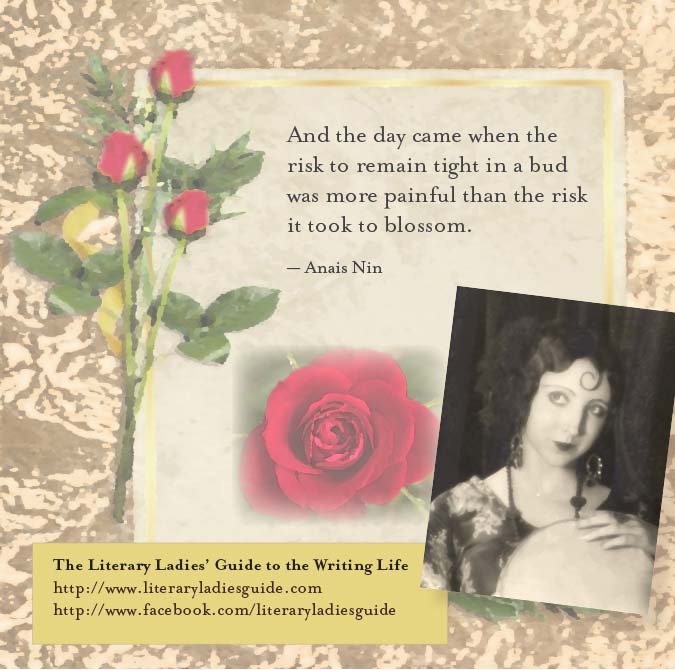 More about Anaïs Nin on this site

Many of Anaïs Nin’s titles have been reissued in contemporary editions, with new introductions, by Swallow Press/Ohio University Press. Consult the Anaïs Nin page for the complete selection.