A Quiet Passion: Reviews of the Emily Dickinson Film 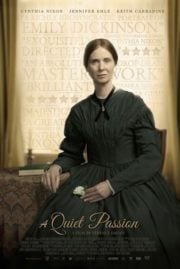 A Quiet Passion, the film biopic of beloved poet Emily Dickinson’s life was released in April of 2017 to nearly unanimous glowing reviews.

Directed by Terence Davies and starring Cynthia Nixon in the title role, here are snippets from the top reviewers — interestingly, more of the critics who fell in love with this film are men.

Viewers, especially true Emily Dickinson aficionados, have been much more divided, as you can see in the Amazon reviews. Some object to how she and her family are portrayed in the film, feeling that it took too many liberties. If you’re a literature lover, don’t miss this film — and decide where you stand.

In “A Quiet Passion,” the period-drama veteran Terence Davies (“Sunset Song,” “The House of Mirth”) turns his attention to poet Emily Dickinson.

The prolific writer may not have had the most cinematic existence — she spent most of her days holed up inside her childhood home — but that doesn’t lessen of the impact of this tribute to Dickinson’s genius, which is by turns funny, tragic and thrilling. Read the rest of Stephanie Merry’s review in The Washington Post.

New England in the mid-19th century was a literary hothouse, overgrown with wild and exotic talents. That Emily Dickinson was among the most dazzling of these is not disputable, but to say that she was obscure in her own time would exaggerate her celebrity.

A handful of her poems appeared in print while she was alive (she died in 1886, at 55), but she preferred private rituals of publication, carefully writing out her verses and sewing them into booklets.

Though she had no interest in fame, Dickinson was anything but an amateur scribbler, approaching her craft with unstinting discipline and tackling mighty themes of death, time and eternity.

She remains a paradoxical writer: vividly present on the page but at the same time persistently elusive. The more familiar you are with her work, the stranger she becomes. Read the rest of A.O. Scott’s review in The New York Times. 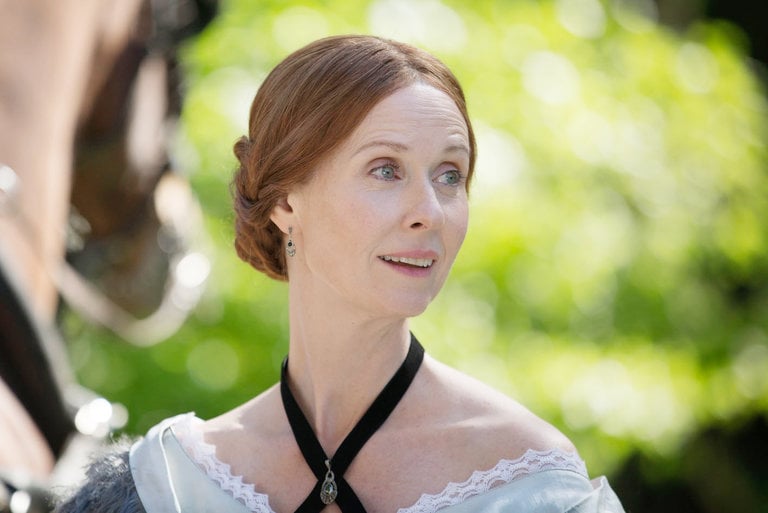 A Biopic Told With Poetic Scope

Leave it to an intimate biopic of the reclusive 19th-century poet Emily Dickinson to feature the most powerful special effect of the year.

The first 20 minutes of A Quiet Passion follow Dickinson as a teenager, played by Emma Bell; she attends a Christian boarding school at which she is not exactly impudent, but certainly eager to challenge and pick apart any dictum her teachers throw at her.

She writes with fervor, attends the opera with her family, and astonishes her disapproving aunt with her untamed intellectual curiosity. “I shall pray for you all,” her aunt tuts upon leaving the homestead. “And remember, keep atheism at bay, and watch the clock that ticks for us all.”  Read the rest of David Sims’ review in The Atlantic.

Last week, while writing in the magazine about the New York première (at Lincoln Center) of the British director Terence Davies’s superb new film, Sunset Song, I added that the meticulous filmmaker, who is now seventy, is picking up the pace of production, having already completed another feature, A Quiet Passion, a biopic about Emily Dickinson, starring Cynthia Nixon.

What I didn’t know at the time was that, because of fortuitous scheduling, I’d get to attend a press screening of A Quiet Passion at the Berlin Film Festival. I’m thrilled to say that it’s an absolute drop-dead masterwork.  Read the rest of Richard Brody’s review in The New Yorker. 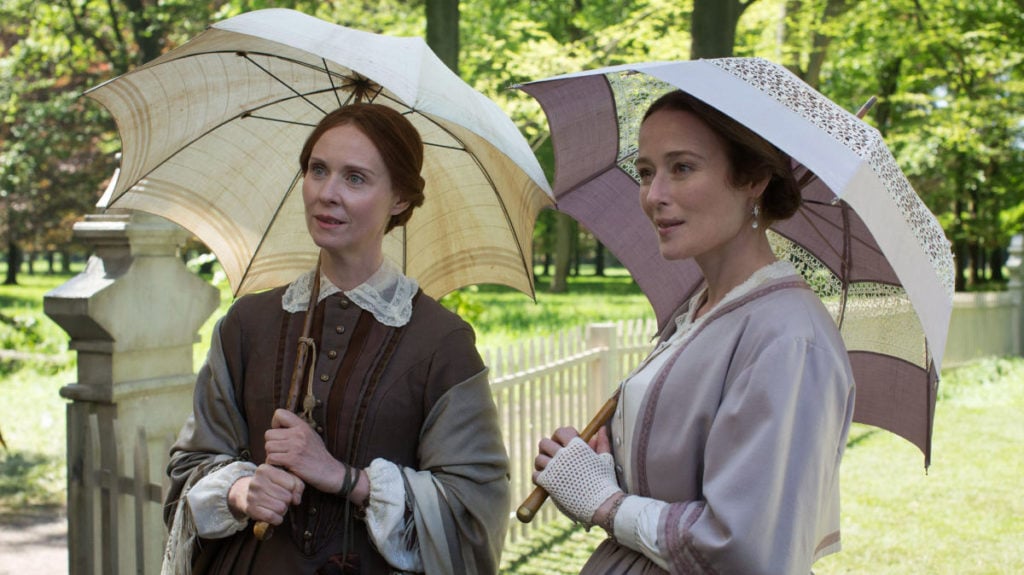 Cynthia Nixon Gives Emily Dickinson the Soul of a Poet

In this film, Cynthia Nixon has the face of someone with a secret. She plays the poet Emily Dickinson, and her face is fever-bright with irony and wit, then loneliness and fear.

You can see how emotions are somehow stored in that face provisionally, being refined and saved for later – for the poetry she writes during the night. It is a face that changes as she grows older and moves along the spectrum of genius, publishing little or nothing, angry about the non-consolation of “posterity.”

Terence Davies’s film and Nixon’s tremendous performance reminded me of WH Auden saying that Matthew Arnold “thrust his gift in prison till it died.” Read the rest of Peter Bradshaw’s review in The Guardian.