Olympe de Gouges: An Introduction to Her Life and Work 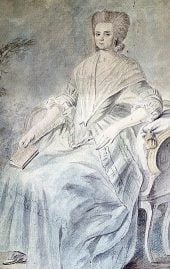 The French playwright, pamphleteer, women’s rights advocate, abolitionist, and early feminist Olympe de Gouges (1748 – 1793), author of over thirty plays, was savagely criticized by the male French literary establishment for the liberalism of her dramas. She was unrepentant in her response — an open letter To the French Littérateurs:

“What crimes have I committed to merit such infamous treatment: how have I transgressed; how have I wronged anyone in any way? What? A dramatic work, a text full of humanity, sensibility and justice has provoked people unknown to me? Has incited the blackest calumny, has encouraged my enemies, renewed their vigour.” 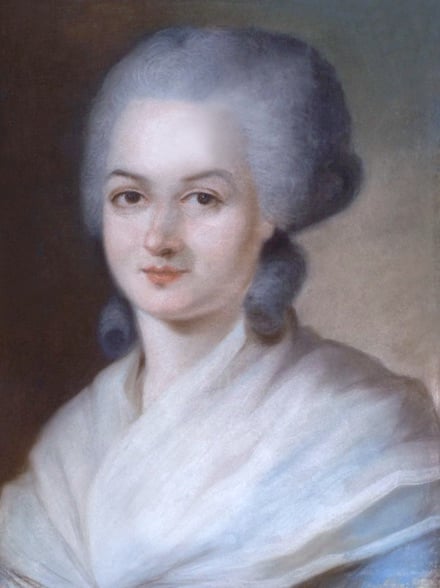 “MY DEAREST SISTERS, it is to you that I dedicate all the failings that teem within my works. May I flatter myself that you will have the generosity or the prudence to defend them, or should I fear from you more rigour, more severity, than from the most austere of our Savants, who wish to invade everything and only allow us the right to please. Men insist that we are fit only to manage a household: women who are perceptive and aspire to take up Literature are Beings that society cannot tolerate.” (Preface Pour les Dames)

This document begins: ‘Man, are you capable of being fair? A woman is asking: at least you will allow her that right. Tell me? What gave you the sovereign right to oppress my sex?’

“Woman, wake up! The toxin of reason is being heard throughout the whole universe; discover your rights. The powerful empire of nature is no longer surrounded by prejudice, fanaticism, superstition, and lies. The flame of truth has dispersed all the clouds of folly and usurpation. Enslaved man has multiplied his strength and needs recourse to yours to break his chains. Having become free, he has become unjust to his companion. Oh, women, women! When will you cease to be blind? What advantage have you received from the Revolution?”

In language similar to the American Declaration of Independence of 1776, de Gouge’s Declaration sets out seventeen articles that form possibly the first coherent and comprehensive statement of the equality of the sexes.

The sex that is as superior in beauty as it is in courage during the sufferings of maternity recognizes and declares in the presence and under the auspices of the Supreme Being, the following Rights of Woman and of Female Citizens.

Article 1. Woman is born free and lives equal to man in her rights. Social distinctions can be based only on the common utility.

Article 2. The purpose of any political association is the conservation of the natural and imprescriptible rights of woman and man; these rights are liberty, property, security, and especially resistance to oppression.

This was very prescient of de Gouges: she was accused of treason and executed by guillotine for writing the pamphlet. Many women have been criticized for writing and publishing their views but few have been executed for it. 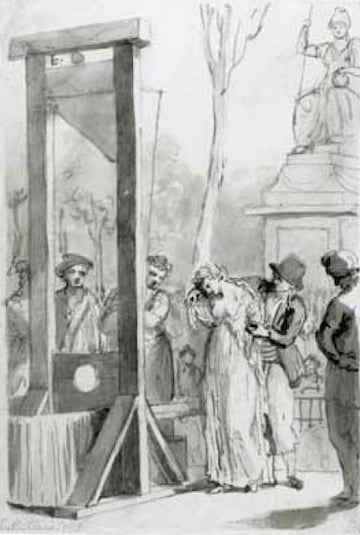 On November 3, 1793, Olympe de Gouges was sentenced to death by the French Revolutionary Tribunal for seditious behavior and attempting to reinstate the monarchy. She was to die by the guillotine. Her last hours were described by an anonymous Parisian:

“Yesterday, at seven o’clock in the evening, a most extraordinary person called Olympe de Gouges who held the imposing title of woman of letters, was taken to the scaffold, while all of Paris, while admiring her beauty, knew that she didn’t even know her alphabet …

She approached the scaffold with a calm and serene expression on her face, and forced the guillotine’s furies, which had driven her to this place of torture, to admit that such courage and beauty had never been seen before …

That woman had thrown herself in the Revolution, body and soul. But having quickly perceived how atrocious the system adopted by the Jacobins was, she chose to retrace her steps. She attempted to unmask the villains through the literary productions which she had printed and put up. They never forgave her, and she paid for her carelessness with her head.”

Quotes from A Declaration of the Rights of Women (1791)

“Woman is born free and lives equal to man in her rights. Social distinctions can be based only on the common utility.”

“Marriage is a tomb of trust and love. The married woman can with impunity give bastards to her husband, and also give them the wealth which oes not belong to them. The woman who is unmarried has only one feeble right;  ancient and inhuman laws refuse to her for her children the right to the name and the wealth of their father; no new laws have been made in this matter. If it is considered a paradox and an impossibility on my part to try to give my sex an honorable and just consistency, I leave it to men to attain glory for dealing with this matter; but while we wait, the way can be prepared through national education, the restoration of morals, and conjugal conventions.”

“Man, are you capable of being just? It is a woman who poses the question, you will not deprive her of that right at least. Tell me, what gives you sovereign over empire to oppress my sex? Your strength? Your talents?”

“Man alone has raised his exceptional circumstances to a principle. Bizarre, blind, bloated with science and degenerated — in a century of enlightenment and wisdom – into the crassest ignorance, he wants to command as a despot a sex which is in full possession of its intellectual faculties; he pretends to enjoy the Revolution and to claim his rights to equality in order to say nothing more about it.”

“Male and female citizens, being equal in the eyes of the law, must be equally admitted to all honors, positions, and public employment according to their capacity and without other distinctions besides those of their virtues and talents.”

“The laws must be the expression of the general will; all female and male citizens must contribute either personally or through their representatives to its formation; it must be the same for all: male and female citizens, being equal in the eyes of the law, must be equally admitted to all honors, positions, and public employment according to their capacity and without other distinctions besides those of their virtues and talents.”