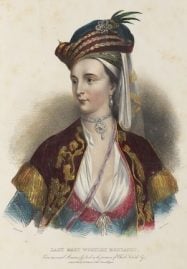 Is it possible that early female authors actually warned their target audience —female readers —against the practice of reading novels? It’s not only possible, but seemed to be a fairly common occurrence. Excerpted from Killing the Angel: Early British Transgressive Women Writers ©2021 by Francis Booth. Reprinted by permission.

When Madame Bovary first commits adultery, Flaubert tells us that it was her early reading of novels that was to blame: “she recalled the heroines of the books that she had read, and the lyric legion of these adulterous women began to sing in her memory with the voice of sisters that charmed her.”

In his A Plan for the Conduct of Female Education of 1797, Erasmus Darwin warns that ‘many objectionable passages’ are to be found in novels and Rousseau said ‘no chaste girls ever read a novel.’ But even groundbreaking literary ladies who wrote novels themselves were in two minds about letting their daughters, granddaughters and nieces read them. Here’s a sampling: 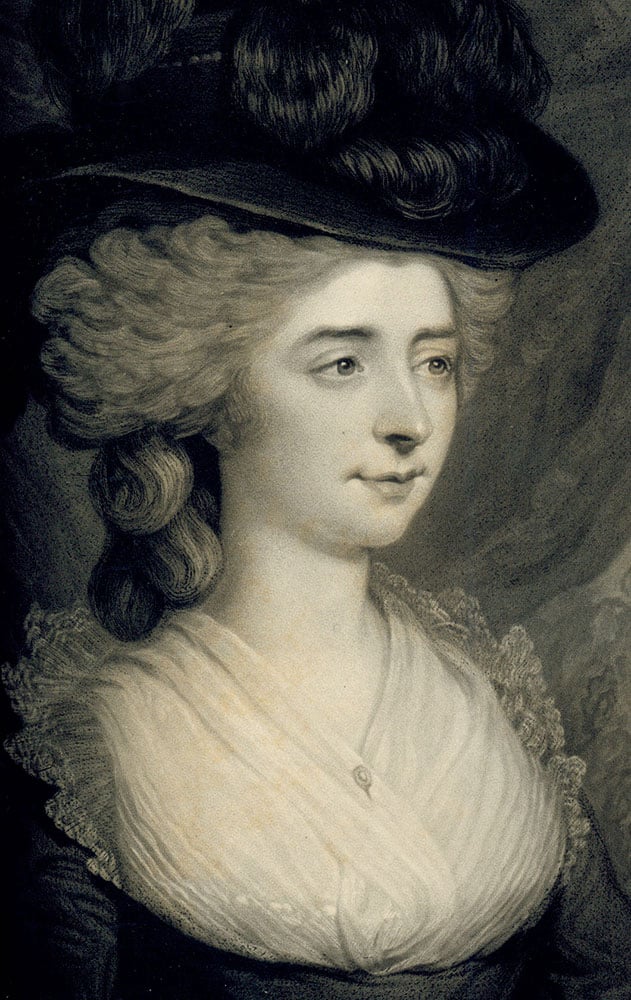 Perhaps, were it possible to effect the total extirpation of novels, our young ladies in general, and boarding-school damsels in particular, might profit from their annihilation; but since the distemper they have spread seems incurable, since their contagion bids defiance to the medicine of advice or reprehension, and since they are found to baffle all the mental art of physic, save what is prescribed by the slow regimen of Time, and bitter diet of Experience; surely all attempts to contribute to the number of those which may be read, if not with advantage, at least without injury, ought rather to be encouraged than condemned. 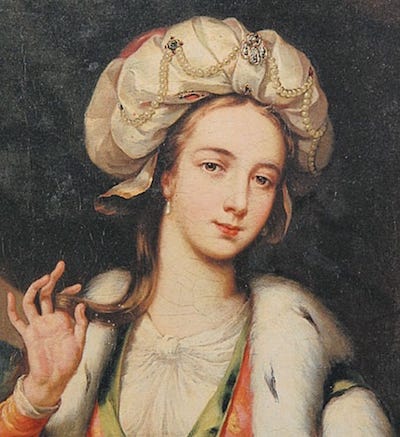 I can’t forbear saying something in relation to my granddaughters, who are very near my heart. If any of them are fond of reading, I would not advise you to hinder them (chiefly because it is impossible) seeing poetry, plays, or romances; but accustom them to talk over what they read, and point out to them, as you are very capable of doing, the absurdity often concealed under fine expressions, where the sound is apt to engage the admiration of young people.

I was so much charmed, at fourteen, with the dialogue of Henry and Emma, I can say it by heart to this day, without reflecting on the monstrous folly of the story in plain prose, where a young heiress to a fond father is represented falling in love with a fellow she had only seen as a huntsman, a falconer, and a beggar, and who confesses, without any circumstances of excuse, that he is obliged to run his country, having newly committed a murder.

She ought reasonably to have supposed him, at best, a highwayman; yet the virtuous virgin resolves to run away with him, to live among the banditti, and wait upon his trollop, if she had no other way of enjoying his company. This senseless tale is, however, so well varnished with melody of words and pomp of sentiments, I am convinced it has hurt more girls than ever were injured by the lewdest poems extant. 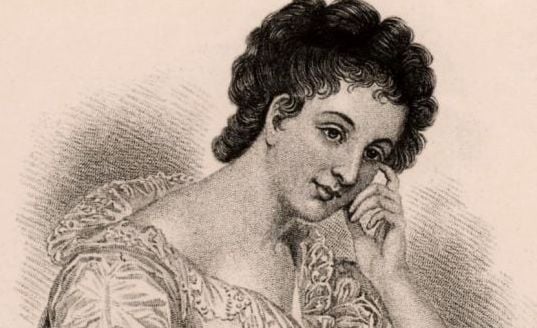 With respect to sentimental stories, and books of mere entertainment, we must remark, that they should be sparingly used, especially in the education of girls. This species of reading, cultivates what is called the heart prematurely; lowers the tone of the mind, and induces indifference for those common pleasures and occupations which, however trivial in themselves, constitute by far the greatest portion of our daily happiness.

Stories are the novels of childhood. We know, from common experience, the effects which are produced upon the female mind by immoderate novel reading. To those who acquire this taste, every object becomes disgusting which is not in an attitude for poetic painting; a species of moral picturesque is sought for in every scene of life, and this is not always compatible with sound sense, or with simple reality. 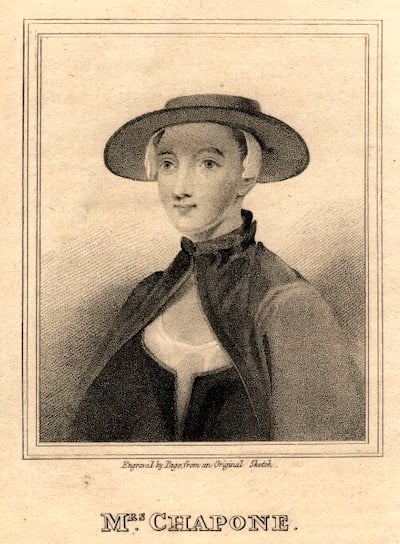 I would by no means exclude the kind of reading, which young people are naturally most fond of; though I think the greatest care should be taken in the choice of those fictitious stories, that so enchant the mind – most of which tend to inflame the passions of youth, whilst the chief purpose of education should be to moderate and restrain them.

Add to this, that both the writing and sentiments of most novels and romances are such as are only proper to vitiate your style, and to mislead your heart and understanding. The expectation of extraordinary adventures – which seldom ever happen to the sober and prudent part of mankind – and the admiration of extravagant passions and absurd conduct, some of the usual fruits of this kind of reading; which, when a young woman makes it her chief amusement, generally renders her ridiculous in conversation, and miserably wrongheaded in her pursuits and behavior. 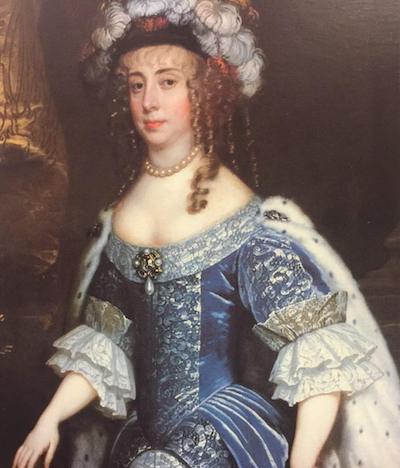 When she was seven years of age, he chose her such books to read in as might make her wise, not amorous, for he never suffered her to read in romances, nor such light books; but moral philosophy was the first of her studies, to lay a ground and foundation of virtue, and to teach her to moderate her passions, and to rule her affections.

The next, her study was in history, to learn her experience by the second hand, reading the good fortunes and misfortunes of former times, the errors that were committed, the advantages that were lost, the humour and dispositions of men, the laws and customs of nations, their rise, and their fallings, of their wars and agreements, and the like. The next study was in the best of poets, to delight in their fancies, and to recreate in their wit; and this she did not only read, but repeat what she had read every evening before she went to bed. 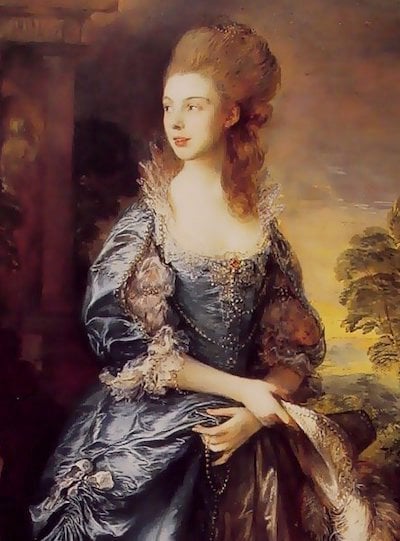 She soon became a perfect Mistress of the French and Italian Languages, under the Care of her Father; and it is not to be doubted, but she would have made a great Proficiency in all useful Knowledge, had not her whole Time been taken up by another Study. From her earliest Youth she had discovered a Fondness for Reading, which extremely delighted the Marquis; he permitted her therefore the Use of his Library, in which, unfortunately for her, were great Store of Romances, and, what was still more unfortunate, not in the original French, but very bad Translations.