Mary Wollstonecraft’s A Vindication of the Rights of Woman: An Appreciation 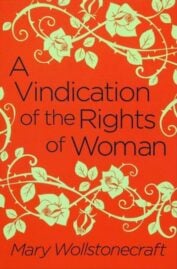 In the classic A Vindication of the Rights of Woman, Mary Wollstonecraft (1759 –1797) argued for equality of men and women: Men and women, in her view, are born with ability to reason, and therefore power and influence should be equally available to all regardless of gender. This was a unique and radical view in 1792 when the book was first published.

A Vindication of the Rights of Woman: With Strictures on Political and Moral Subjects is considered one of the earliest works of feminist philosophical literature.

Mary Wollstonecraft was the mother of Mary Wollstonecraft (Godwin) Shelley, author of Frankenstein. She died just days after giving birth to her namesake, who ended up having an enormous impact on literature and culture in her own right.

This modern appreciation is from the preface to Mary Wollstonecraft: A Biography by women’s studies pioneer Eleanor Flexner (Coward, McCann, & Geoghegan, Inc., NY, 1972)

A short and stormy life, a powerful influence

The woman who first effective challenged the age-old image of her sex as lesser and subservient human beings lived a short and stormy life in late 18th-century England. Mary Wollstonecraft was only thirty-eight when she died in 1797.

She wrote a book in which she articulated her protest and her ideas of what education and equality of opportunity might do for society as a whole: A Vindication of the Rights of Woman, published in 1792.

It is not given to many books to exert as powerful an influence as A Vindication has done, although its effect was delayed and for decades it was largely unread. Until the middle of the 19th century, the condition of women remained very much what it had been when Mary Wollstonecraft was goaded into her echoing protest:

Very few were educated, almost no occupations were open to those who needed to earn a livelihood, and women could neither vote nor hold office. Married women did not even exist as a legal entity; they could not enter a legal complaint, appear in court, or retain counsel. 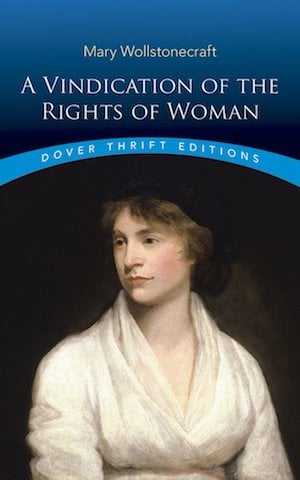 What is so astonishing about A Vindication is not that Mary wrote it, but that she was alone in raising the issues that she did, in a period of social change first signaled by the rebellion of the American colonies against British rule and then by the tremendous upheaval of the French Revolution.

Hers was the only audible voice raised to assert that women, as well as men, had an inalienable right to freedom, that they too were human beings.

In an age becoming aware of the exploitation of the slave, whose leading minds revolted at the African trade in human bodies, almost no one else echoed her belief in the importance, or even existence, of women as sinking persons.

Mary’s viewpoint was shaped to an unusual degree by the circumstances of her own life and that of other women whom she knew: by their struggles against poverty and debt; by the frustration of minds she herself knew to be capable of achievement but denied their potential development by a society which decreed that women — any woman, all women — lacked the capacity to reason or even think.

At the other end of the social scale she witnessed the corruption brought about by wealth and idleness on women of a different class. 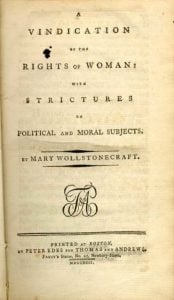 Written from the perspective of her own circumstances

Her arguments in A Vindication of the Rights of Woman, therefore, are for the most part neither philosophical nor theoretical. Without the circumstances of her own life, Mary Wollstonecraft could not have written the book she did.

If she had been granted the educational opportunities, the leisure and security for study she longed for, she might have been just another bluestocking, as the small number of educated women who became scholars or writers were called by their contemporaries.

But she would not have written incandescent vindication rooted in her own life. The woman who emerged from that life, Mary Wollstonecraft as she really was — by turns reasonable and angry. Beyond all reason; devout and hopeful, then despairing; contemptuous of women, but even more contemptuous of men corrupted by their power over women, wasteful of their opportunities, and irresponsible in the discharge of their obligations — such a woman could not write with gentility or restraint. Instead she wrote a classic.

Because she drew her ideas mostly from her own experience and that of other women she knew, rich and poor, this study of Mary Wollstonecraft has delayed more emphasis on her life dinner on the intellectual trends of the period in which she lived. 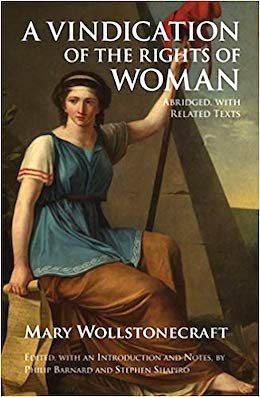 A Vindication of the Rights of Woman on Amazon

That complex era — it has been variously called the Enlightenment, the Age of Reason, the Age of Revolution — has been discussed by philosophers, political and social scientists, literary critics, theologians, and historians.

Mary wrote nothing else comparable in significance to A Vindication of the Rights of Woman. She was just turning back to the problems of women in the last year of her life. We can only wonder whether she might have written more books or pamphlets which equals its eloquence and thereby help the movement for equal rights to an earlier start.

This particular woman, alone among her contemporaries, demanded that the rights of man be extended to women and that women be allowed to enter their full human heritage. She died a few days after giving birth, a few months after her 38th birthday. She speaks to us today across a gap of more than two centuries with a voice of courage and hope.

Eleanor Flexner (1908 – 1995) was an independent scholar and helped pioneer the field of Women’s Studies. Her research was concerned with suffrage, abolition social and labor reform, and equal access to  education. 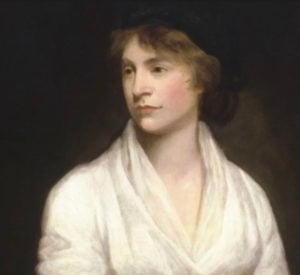 “I here throw down my gauntlet, and deny the existence of sexual virtues, not excepting modesty. For many and woman, truth, if I understand the meaning of the word, must be the same … women, I allow, may have different duties to fulfill; but they are human duties, and the principles that should regulate them, I sturdily maintain, must be the same.

To become respectable, the exercise of their understanding is necessary; there is no other foundation for independence of character …”

— Mary Wollstonecraft, A Vindication of the Rights of Woman, 1792