Lady of the Manor: Frances Hodgson Burnett’s The Shuttle (1907)

By Angelica Shirley Carpenter | On | Comments (0) 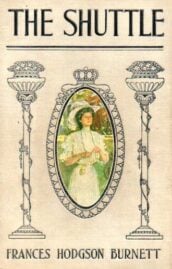 When The Shuttle by Frances Hodgson Burnett was published in 1907, she was already the successful author of Little Lord Fauntleroy, The Making of a Marchioness, A Little Princess, and some two dozen other books for children and adults. In the course of her career, she produced some fifty novels. Of these, few but the children’s classics just mentioned, plus A Secret Garden, published in 1911, are still widely read.

In 2007 Persephone books republished The Shuttle, an entertaining story of American heiresses who marry English aristocrats. From the Persephone catalog:

“The Shuttle, which is five hundred pages long and a page-turner for every one of them, is about far more than the process by which an English country house can be brought back to life with the injection of transatlantic money (there is some particularly interesting detail about the new life breathed into the garden) …

Above all it is about Bettina Vanderpoel. She is the reason why this is such a successful, entertaining and interesting novel – one could almost say that she is one of the great heroines, on a par with Elizabeth Bennett, Becky Sharp, and Isabel Archer.

This is because she is so intelligent and so enterprising – she has the normal feminine qualities but a strong business sense, inherited from her father, and instinctive management skills (as we would now call them).” Read the rest of the synopsis and history of The Shuttle at Persephone Books.

In 1898 Frances Hodgson Burnett leased a country house in Kent. “It is a charming place,” she wrote to her son Vivian, who was a senior at Harvard, “with a nicely timbered park and a beautiful old walled kitchen garden.”

At Maytham Hall Frances got her first chance to live a lifestyle she had long idealized, as lady of the manor, and her first opportunity to create a garden of her own. Her experiences at Maytham, good and bad, inspired several books.

When she came to Maytham, the famous author was forty-eight years old and newly divorced. Her rouge and her dyed hair, described as hennaed or golden, were shocking for the time, as was her habit of smoking cigarettes, but her blue eyes and animated manner of talking were considered attractive.

Frances was accompanied by Stephen Townesend, a handsome British doctor ten years her junior. Frances and Stephen had lived together on and off for a decade, as he gave up medicine to become her business manager and partner for many projects.

“Uncle Stephen takes care of my business,” Frances had written to Vivian in 1891, “. . . but as for the rest, I feel as if I was the one who had to take care of him. He is so delicate and nervous and irritable, poor boy.”

Frances recalled her arrival in Kent in The Shuttle, a novel begun at Maytham in 1900. In this book a young American bride travels by carriage from the train station to her husband’s country home in England:

“Sometimes she saw the sweet wooded, rolling lands made lovelier by the homely farmhouses and cottages enclosed and sheltered by thick hedges and trees; once or twice they drove past a park enfolding a great house guarded by its huge sentinel oaks and beeches; once the carriage passed through an adorable little village, where children played on the green and a square-towered grey church seemed to watch over the steep-roofed cottages and creeper-covered vicarage.” 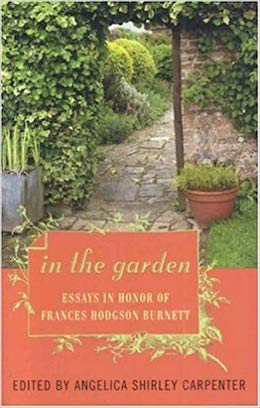 “The house is excellent — “ Frances wrote to Vivian, “paneled, square hall, library, billiard room, morning room, stables, two entrance lodges, and a square tower on the roof, from which we can see the English Channel.”

In The Shuttle, Frances described how Maytham’s walled garden looked when she arrived, in the spring: “Paths and beds were alike overgrown with weeds, but some strong, early-blooming things were fighting for life, refusing to be strangled.

Against the beautiful old red walls, over which age had stolen with a wonderful grey bloom, venerable fruit trees were spread and nailed, and here and there showed their bloom.”

Frances had the garden cleared and then planted. Though she employed gardeners, she enjoyed doing some of the work herself. “The calm here is good for me,” she wrote to Vivian at summer’s end. As winter approached, she studied seed catalogues.

In her second spring at Maytham she planted roses to grow up walls and tree trunks. In The Secret Garden, we see her vision realized as Mary first enters the garden:

“There were . . . trees in the garden, and one of the things which made the place look strangest and loveliest was that climbing roses had run all over them and swung down long tendrils which made light swaying curtains, and here and there they had caught at each other or at a far-reaching branch and had crept from one tree to another and made lovely bridges of themselves.”

But Frances’ delight in country life was overshadowed by her growing unhappiness. “Stephen was proving exceedingly hard to handle,” Vivian wrote later. “He was taking a position with regard to their association that had in it a suggestion of domineering ownership she did not understand. It frightened her.” 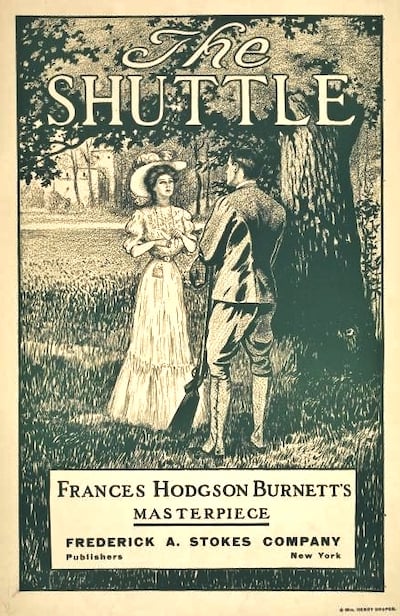 The title The Shuttle refers to steamships that sail back and forth across the Atlantic, weaving American and British cultures together. The novel tells of an unhappy marriage between a rich, innocent American girl and a nasty, older, impoverished British lord.

Though Frances was older than Stephen and hardly innocent, the book offers many insights into their relationship.

The book begins in New York, where Sir Nigel behaves himself just long enough to win the hand of young Rosalie Vanderpoel. As their ship steams away from the dock, he reveals his true colors. “‘What a deuce of a row Americans make,’ he said. “It will be a positive rest to be in a country where the women do not cackle and shriek with laughter.'”

Rosalie soon realizes that her marriage is a mistake. “Her self-reproach was as great as her terror,” Frances wrote.

The Shuttle describes “a manor house reigning over an old English village.” Rosalie helps the poor villagers, who are her husband’s tenants. “I suppose it gratifies your vanity to play the Lady Bountiful,” sneers Sir Nigel, but Rosalie’s good deeds console her, and in real life, Frances took pride in the same work. She held fêtes for the children and visited poor families, offering help. 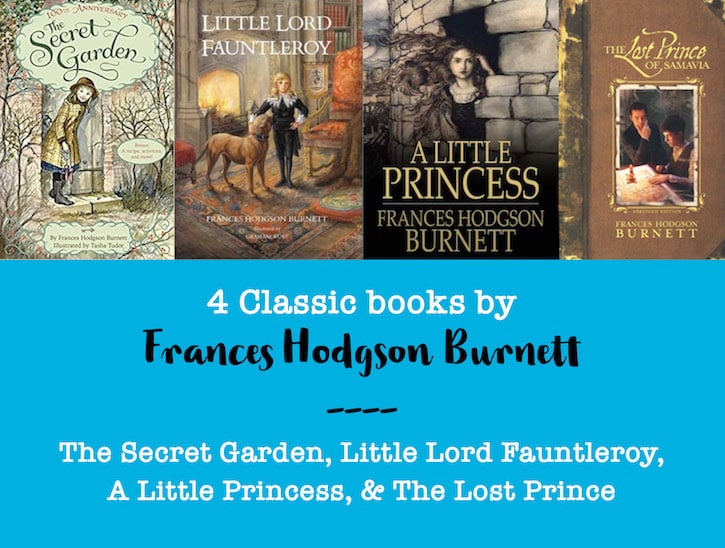 Like Sir Nigel, Stephen was moody and demanding. He behaved better in the presence of company and Frances’ house parties became famous. Her guests took tea on the lawn, strolled under parasols through the gardens, sang and danced, dressed in fancy costumes, played cards and other games, and took afternoon rides in the Victoria.

In 1900 Frances married Stephen, making headlines on both sides of the Atlantic. Soon she wrote to her sister Edith that Stephen “scarcely seems sane half the time. . . . He will work up scenes. He will not let things alone.”

“You will do as I order you,” Sir Nigel tells Rosalie in The Shuttle, “and learn to behave yourself as a decent married woman should. You will learn to obey your husband and respect his wishes and control your devilish American temper.”

In The Shuttle Frances described a husband’s blackmail. Sir Nigel knows that women are “trained to give in to anything rather than be bullied in public, to accede in the end to any demand rather than endure the shame of a certain kind of scene made before servants, and a certain kind of insolence used to relatives and guests.” Stephen used the same techniques, raving in front of her butler and making scenes before her maid. 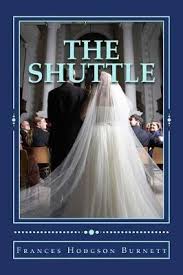 All the classic signs of abuse, not so well known in Frances’ lifetime, are catalogued in The Shuttle. Sir Nigel isolates Rosalie from her family and friends, refusing to let her parents see her when they travel to England. Stephen tried to do this with Frances, too.

In The Shuttle, after twelve terrible years, Rosalie’s younger sister comes from America to England to rescue her. It must have satisfied Frances to show the courageous Betty standing up to her villainous brother-in-law. “All your life,” she tells him, “you have counted upon getting your own way because you saw that people–especially women–have a horror of public scenes, and will submit to almost anything to avoid them …

That is true very often, but not always … I, for instance, would let you make a scene with me anywhere you chose–in Bond Street–in Piccadilly–on the steps of Buckingham Palace … and you would gain nothing you wanted by it—nothing.”

“Damn her!” Sir Nigel cries out later. “If I had hung her up and cut her into strips she would have died staring at me with her big eyes–without uttering a sound” In the book’s climax, Betty hides in a hedge as he hunts her, to rape her or kill her or both. Frances lets the reader imagine his exact plan.

In 1902, Frances fled to New York, checking herself into a sanitarium. Stephen soon followed, but in this refuge Frances finally found the courage to tell him that the marriage was over. Probably she paid him off.

With Stephen gone, Frances returned to Kent. Elegantly attired in white gowns and hats, she spent summers writing in her rose garden. The only disturbance came from a robin. It perched on her hat, she said, and took crumbs from her hand.

Frances had to leave Maytham in 1908 when her landlord put it up for sale. She could not afford to buy it, but she soon built a home of her own, at Plandome, on Long Island. The Shuttle, that painful and most difficult novel, paid for the whole place. The New York house had a wonderful garden, but nothing would ever compare to her rose garden at Maytham. So she recreated it for herself and her readers in The Secret Garden.

Sources for this essay may be found in the book, In the Garden: Essays in Honor of Frances Hodgson Burnett, edited by Angelica Shirley Carpenter.

Angelica Shirley Carpenter has master’s degrees from the University of Illinois in education and library science. Curator emerita of the Arne Nixon Center for the Study of Children’s Literature at California State University, Fresno, she lives in Fresno.

*This post contains Amazon Affiliate and Bookshop Affiliate links. If the product is purchased by linking through, Literary Ladies Guide receives a modest commission, which helps maintain our site and helps it to continue growing!