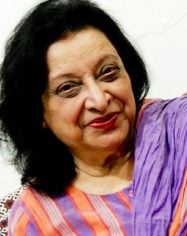 Discover some of the best-known classic women Pakistani  novelists and poets who challenged society’s norms and made invaluable contributions to literature.

Many classic Pakistani women authors were born before the partition and lived through the horrors of migration. They had to adjust to a new life in the new country, and these extraordinary life experiences seep into their writings.  (Pictured here, Fahmida Riaz.)

With their fiery words, they bent social norms and challenged patriarchy and debauchery long before the concept of feminism or human rights became a part of living room discussions.

“Words can be like x-rays. If you use them properly – they’ll go through anything. You read, and you’re pierced.” (Aldous Huxley, Brave New World)

The authors and poets have been listed in chronological order of their birth. 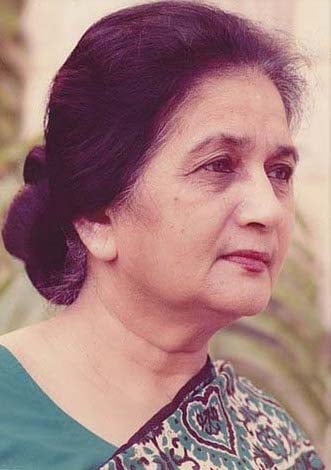 Ada Jafri (1924 – 2015) is regarded as the pioneer of Urdu poetry. She is known as The First Lady of Urdu Poetry. Her preferred genre was ghazal, but she also experimented with free verse poetry. Her notable works include Main Saaz Dhundti Rahi and Shahr-i-Dard under the pen name Ada.

Jazib Qureshi, the famous Urdu poet, and critic once said, “Ada Jafarey is the first and only lady poet who carries in her poetry the eternal colors of Ghalib, Iqbal, and Jigar.”

Ada Jafri expressed herself in Urdu. Though her works were never formally translated into English, some die-hard fans translated a few of her poems to English and compiled them with other renowned poets. Ada Jafri’s poetry revolves around feminism, gender discrimination, and the dehumanization of women in society. 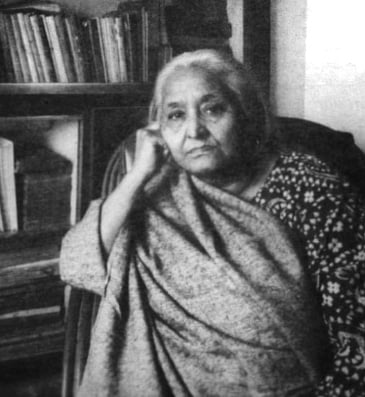 Altaf Fatima (1927 – 2018) was an Urdu novelist, short story writer, and teacher. She lived a life of penmanship, devoting every moment towards the progress of Urdu literature. She left behind a formidable amount of creative and thought-provoking writings.

Though she never received any recognition for her immense dedication and contributions to Urdu literature, she was too dignified to care for awards and continued with her struggle for its progress and revival.

Having experienced the partition herself, Altaf Fatima had tons of stories to tell. Her writings explore the post-partition struggles, especially how women became a solid shield to protect their children and themselves against the horrendous atrocities during migration.

Her best work, Dastak Na Do, was translated into English as The One Who Did Not Ask by Heinemann, and Herald also published its abridged version. In the early days after the partition, the novel was also televised by Pakistan Television Corporation (PTV). 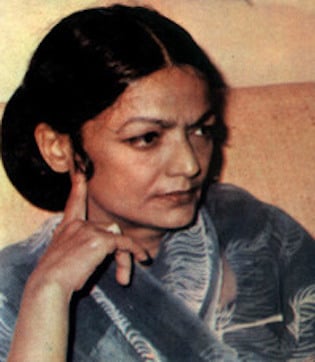 Khadija Mastoor (1927 – 1982) was one of the leading Pakistani novelists who made a prominent mark on Urdu literature. She started her journey by inscribing short stories. Her five short stories and two novels have been published and recognized all over the world to date.

Khadija Mastoor is known for her incredible writing style and themes based on observation and experience. She wrote from her life experiences, whether they be about politics, society, or morals.

Among her many novels, Aangan (translated to English as The Women’s Courtyard ) was her most significant work, which was also dramatized for Pakistan Television. The novel won her the prestigious Adamjee Literary Award and is considered one of Urdu’s most prominent literacy achievements. Many of her other books have been translated into English. 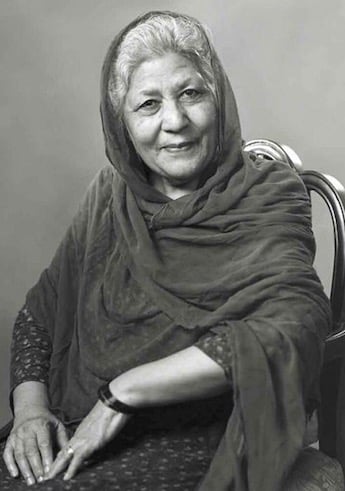 Bano Qudsia (1928 – 2017) is one of the most renowned Pakistani novelists, playwrights, and spiritualists. Recipient of multiple awards, including Sitara-i-Imtiaz, Hilal-i-Imtiaz, and Lifetime Achievement Award, Bano Qudsia is considered the epitome of classic Urdu literature. She wrote many thought-provoking short stories, incredible novels, and provocative dramas.

The wife of renowned author Afshaq Ahmed, Bano Qudsia, credits her husband for her success and wide recognition. Her five-decade marriage empowered her to devote her life to writing. Her words take a jab at the uneven distribution of power across genders and encourage women to stand against oppression and find their voice.

Though every piece of writing by Bano Qudsia is laudable, Raja Gidh (King Buzzard) gave her true success and recognition. Raja Gidh is such a significant literary piece that it has been a basis of research by the University of North Texas scholars. 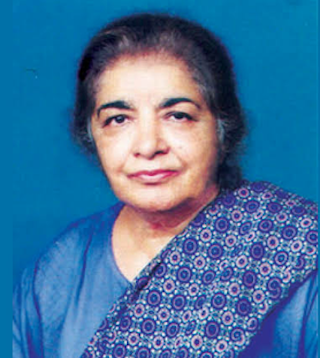 Afzal Tauseef (1936 – 2014), the Pride of Performance award recipient, was a Punjabi language writer, columnist, and journalist. She served as Vice President of the Punjabi Adabi Board (PAB) as well.

From political stigma to social issues, and art and literature, Tauseef’s words are a revolution for the people of Pakistan against the oppressive landowners aided by bureaucracy and games played by corrupt politicians.

She was born in Hoshiarpur (India) before the partition. Although she migrated to Pakistan, her writings influenced both countries’ literature. Therefore, many of her books were translated into Gurmukhi for the Indian audience. Amrita Pritam from India gave Afzal Tauseef the title of True Daughter of Punjab due to her bold stance against the treason accusations and self-proclaimed status of a revolutionary freedom fighter. 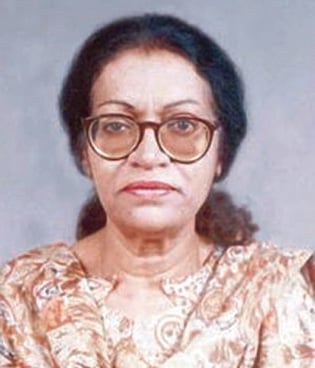 Khalida Hussain (1937 – 2019) is regarded as one of Pakistan’s finest fiction writers who blurs the line between political and aesthetic writing. Recipient of the Pride of Performance award, Khalida Hussain started her writing career with short stories and focused on them primarily. However, it was her first and only novel Kaghazi Ghat that brought her the recognition she deserved.

What makes Khalida Hussain unique is that her writing defies any boundaries. Her stories revolve around the exploration and interrogation of themes that are predominantly political and revolutionary. Her writings are imbued in the fluidity of time and life, genderless, and in harmony with the outer and the inner world. 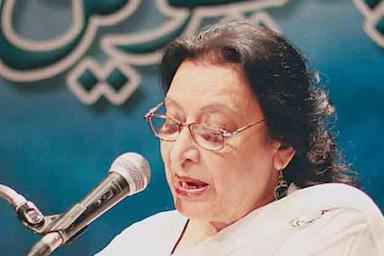 Despite all the hardships and accusations, Fahmida Riaz has a powerful presence in the literary world. Her prominence stands alongside Jean-Paul Sartre, Pablo Neruda, Simone de Beauvoir, and Nazim Hikmet.

Read her poetry translated into English in Four Walls and a Black Veil and The Body Torn and Spanish in Es Una Mujer Impura: Antología Poética. 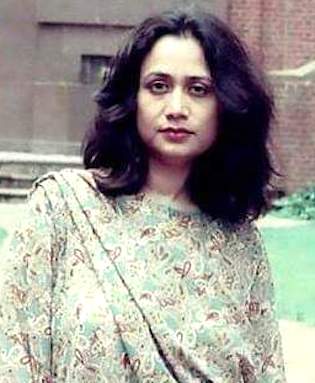 Parveen Shakir (1952 – 1994) became one of the greatest poets of Pakistan in her short life span. She rose to prominence due to her incredible feminine voice, which won her the prestigious Adamjee Literary Award and Pride of Performance Award. What makes Parveen Shakir stand out is her distinctive feminine voice that explores and expresses the world and all the experiences from a girl’s eyes, pure and innocent in her visage.

Parveen Shakir was loved and celebrated for her soulful poetry in the ghazal and free verse style. Her poetry’s central theme has always been a woman sharing the female perspective on life, love, marriage, motherhood, repression, and social restraints. Her poetry explored beauty, separation, intimacy, distances, heartbreaks, infidelity, and adultery with a rare mystical perfection.

An unfortunate accident took away her life, but her life, poetry, and charisma are celebrated all over Pakistan to date. Naima Rashid translated some of her selected poems and compiled them under the cover, Defiance of the Rose. 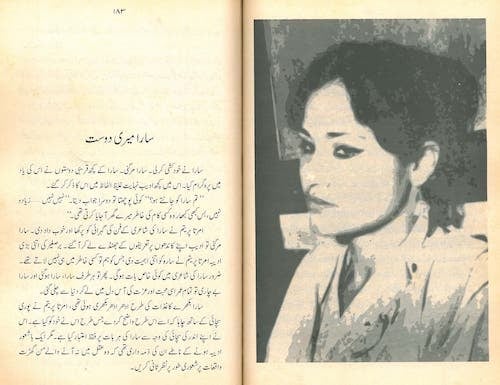 Sara Shagufta (1954 – 1984) was a beautiful poet who lost her life to suicide at an early age. She was a 20th-century postmodern poet, feminist, visionary, and revolutionist whose polemic work frequently attracted criticism.

Mubarak Ali, a known Pakistani historian, and activist hailed her as Ghalib’s better half while Amrita Pritam, an Indian novelist, called her Sylvia Plath of the Subcontinent.

She gained posthumous recognition when her poetry compilation was published. To make sure her voice was heard far and wide, Asad Alvi translated her poetry into the English language. You can read many of Sara Shagufta’s translated poetry in Columbia Journal, at The Blank Garden, and in We Sinful Women published by The Women’s Press to celebrate the lives of badass Pakistani women poets.

Contributed by Sonia Ahmed. Sonia is a short story writer and editor of Penslips Magazine. She is an avid reader and loves a good story that inspires readers and challenges their core beliefs. A dreamer at heart, she writes tales of the ordinary people of the society and believes that every story is worth telling. She also writes non-fiction on subjects ranging from eco-friendly lifestyle to religion, science, and healthy living.