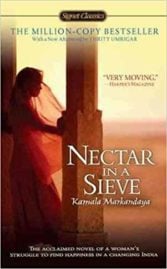 The most fascinating part of this exploration of classic Indian women authors is that their writings reflected a feminist bent.

Given the strong patriarchal culture that still prevails in India and the fact that most of these women started their creative lives in the mid-twentieth century, one can only marvel at the courage and strength of their writings.

Since India has twenty-two recognized languages, this compilation is by no means comprehensive. For the sake of convenience, the authors have been listed in chronological order of their birth years. 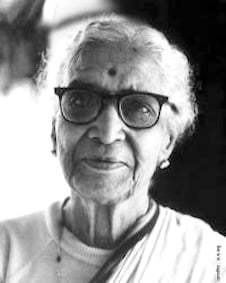 Malati Bedekar (1905 – 2001) was among the most prominent of feminist writers of her time in Marathi, who also wrote under the pen name of Vibhavari Shirurkar. Her collection of short stories (Kalyanche Nishwas) and a novel (Hindolyawar) written in the early 1930s dealt with themes too bold for society of those times and created a huge storm over the identity of the unknown author.

A few years before her marriage to a writer, Vishram Bedekar, she revealed her true identity. Her books in translation are still listed under her pen name on Amazon. 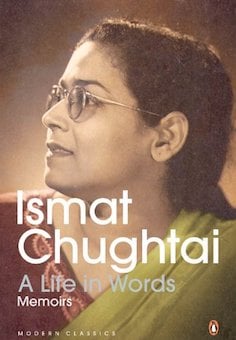 Ismat Chughtai (1915 – 1991) was an Urdu writer who wrote both short stories and novels opting for literary realism. She started writing in the 1930s, and her themes included middle-class morality, female sexuality with a feminist perspective, and class conflict, often involving shades of Marxist thought.

Her short story “Lihaaf” (“The Quilt”) was a pioneer in the theme of touching upon sexuality, till then a tabooed subject in modern Indian literature. The story ventured into the subject of female homosexuality, which attracted a court trial. The author had to make an appearance and defend herself against charges of “obscenity.” Ismat was a recipient of both literary and national awards and her works were turned into well-known films too. Find English translations of Chughtai’s works on Amazon. 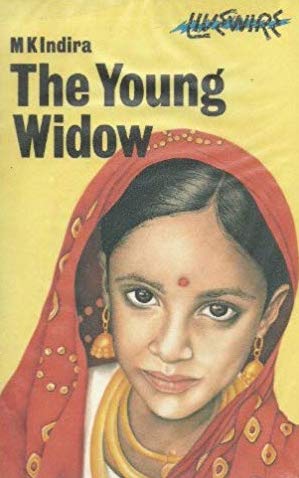 M.K. Indira (1917 – 1994) was a distinguished Kannada writer whose education did not go beyond the primary level. In her literary career of twenty-two years, she wrote forty-eight novels, fifteen collections of short stories, one biography, a film appreciation book, and an unfinished autobiography.

Five of her novels were turned into films, of which Phaniyamma, on the life of a child widow, turned into the greatest hit. It won its English translator, Tejaswini Niranjana, many literary awards. Many of Indira’s titles are available on Amazon, but the only one that seems to be in English translation is the aforementioned The Young Widow. 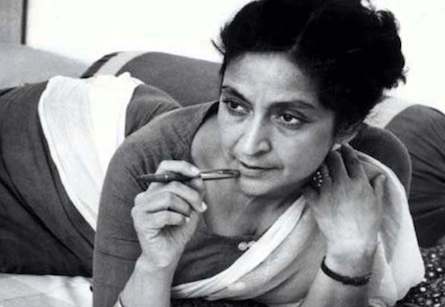 Amrita Pritam (1919 – 2005) was the first eminent Punjabi writer, novelist and poet of twentieth-century India. While her early novels were left-leaning and anti-imperialist, from 1960 her writings became more feminist in nature.

During this time, her works were translated into English, Japanese, Mandarin, French and Danish. Many of her novels were turned into films and she won many literary awards including India’s highest, the Jnanpith, in 1982. You’ll find some English translations of Pritam’s work listed on Amazon. 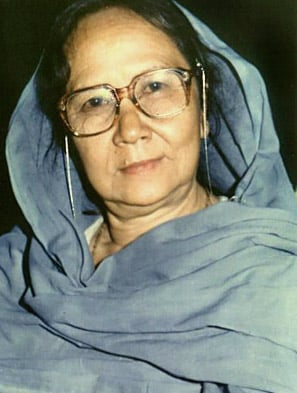 M.K. Binodini Devi (1922 – 2011) was a novelist, short story writer, essayist, lyricist and script writer, who wrote in Meiti, a Tibeto-Burmese language spoken in the state of Manipur. Born into a royal family, she was the first woman graduate from her state.

Binodini was considered a pioneer of the non-doctrinaire thinking of Manipur, deeply rooted in the state’s region with little focus on conventional modernism. Besides film scripts, her works comprised dance ballets on environmental issues. She was also elected to the Legislative Assembly of Manipur. Binodini Devi received many literary and national awards in her time. 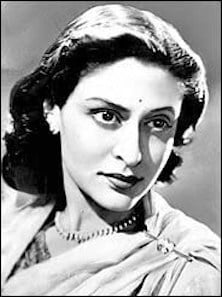 Kamala Markandaya (1924 – 2004) wrote in English about the struggles of Indians caught between the conflicting Indian and Western values of their times. Starting as a journalist, her first novel, Nectar in a Sieve, remains her most acclaimed one. In 1948, she opted to move to England and later married a Britisher. She published many more novels from there, and referred to herself as an Indian expatriate. Amazon has a full slate of Markandaya’s works in English. 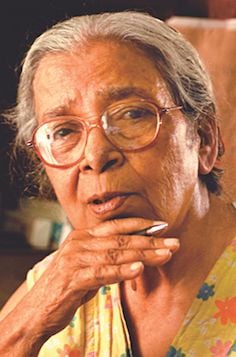 Mahasweta Devi (1926 – 2016) wrote in Bengali and became a voice of the downtrodden, dispossessed and ignored population of India. Her seminal work, Hajar Churashir Maa, became an acclaimed film, as did many of her other works.

She was the recipient of innumerable literary and national awards and even the Ramon Magsasay Award for “compassionate crusade through art and activism to claim for tribal peoples, a just and honourable place in India’s national life.” Amazon offers a number of Devi’s works in English translations. 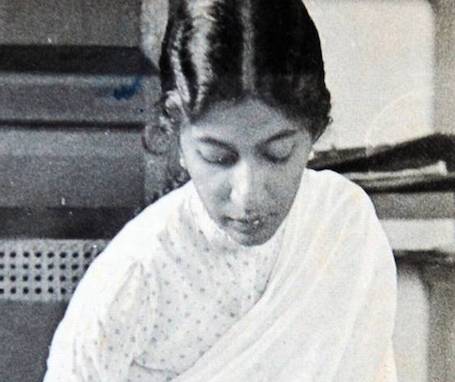 Raghavan Chudamani (1931 – 2010) wrote in Tamil and also short stories in English, in addition to translating other Indian authors into Tamil. On account of a physical disability, she was homeschooled. She was the recipient of a state award from the Tamilnadu government as also literary awards. Amazon has only one novel of hers, Yamini, in translation. 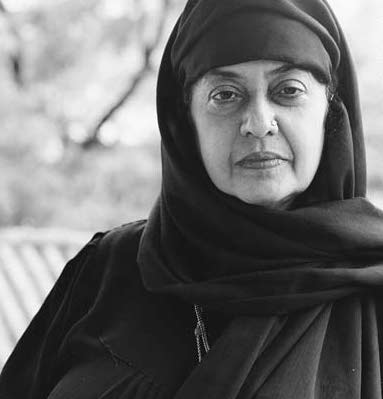 Kamala Das (1934 – 2009) was a leading Malayalam author as also an Indian English poet. She also wrote under her pen name, Madhavi Kutty and is best known for her short stories and her very explicit autobiography, My Story. Her poems have been considered on par with Anne Sexton and she won many literary awards in her lifetime, besides being shortlisted for the Nobel Prize in Literature in 1984. 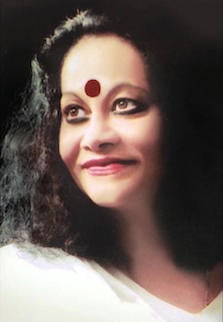 Indira Goswami (1942 – 2011) who wrote in Assamese under her pen name, Mamoni Raisom Goswami, was known for going beyond the borders of her own state in her writings. She received many literary awards including India’s highest, the Jnanpith and also won the Prince Claude Award from the government of Netherlands.

Her novel, Moth Eaten Howdah of a Tusker, was anthologized in the Masterpieces of Indian Literature and also made into a film, Adajya, that garnered several national and international awards. Amazon offers a number of Goswami’s works in English translation. 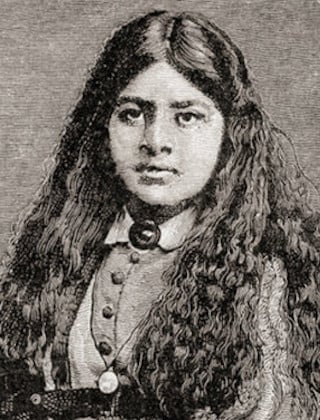 This post contains Amazon Affiliate links. If a product is purchased by linking through, Literary Ladies Guide receives a modest commission, which helps maintain our site and helps it to continue growing!