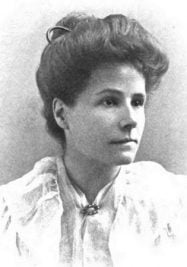 Female authors have always been overshadowed by men, but this does not make their writing any weaker or lesser than. Though popular Modernist works in today’s day tend to gravitate toward the male voice, the following Modernist women writers were well known in their day.

Some of their work has fallen into a literary abyss, where little attention has been given to them almost a century later. Their names appeared regularly on bestseller lists in the 20th century, and they were no strangers to readers. At right, May Sinclair.

Most of these women were connected to one another in some way, either through schooling, a crossing of literary paths, or in reviewing another’s work.

What makes these names critical in understanding Modernist literature is that most, if not all, of these women were not confined to writing within the parameters of fiction. Their words wove through and throughout non-fiction, playwriting, criticism, literary magazines, poetry, translating, and more.

This presence of literary versatility flourished during the Modernist period for both women and men. Not only were structural and stylistic constraints in the traditional novel broken, contorted, and subverted, but the same was done to societal conventions.

Artistic movements, like Dadaism and Surrealism, additionally captured the absurdity of tradition. Though some of the following women writers stayed within the confines of traditional literature, their writing converges in the ideal that their work is still deserving of attention and admiration. 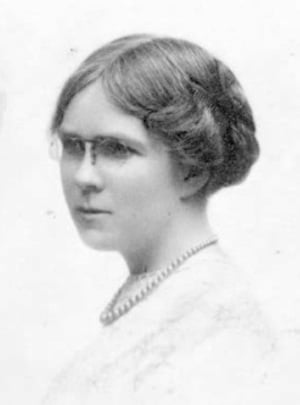 Dorothy Richardson was best known for her Pilgrimage novels, which were precursors to and champions of the stream-of-consciousness narrative technique.

Often unmentioned in discussions about Modernism and stylistic conventions for the period, Pilgrimage is Richardson’s magnum opus. It is comprised of thirteen novels that she considered to be chapters. Beginning with Pointed Roofs and ending with March Moonlight, the Pilgrimage novels all follow the life of Miriam Henderson and her quotidian responsibilities. Today, her novels are still in print, but not in all countries. 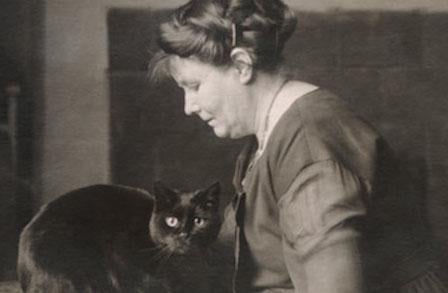 At the time when May Sinclair’s writing was featured in The Egoist, she was a well-known literary critic and novelist. In The Egoist, she reviewed Dorothy Richardson’s Pilgrimage, coining the now-popular term “stream-of-consciousness,” which Richardson detested.

She was on cordial terms with the three leading Imagist revolutionaries: Ezra Pound, Richard Aldington, and H.D. Her novel, The Three Sisters, parallels the lives of the Brontë sisters in some respects, while Mary Olivier: A Life is mostly known for being featured in The Little Review alongside James Joyce’s Ulysses (rather than for its content). 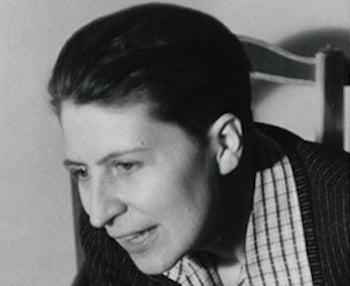 Known primarily as Bryher, Annie Winifred Ellerman came from an affluent family, as her father was a shipping magnate. With her wealth, Bryher funded the endeavors of her literary friends.

In Sylvia Beach and the Lost Generation: A History of Literary Paris, Noel Riley Fitch writes that Bryher gave Sylvia Beach, owner of Shakespeare and Company in Paris, “nearly $1,400” (in 1937) just to help keep the bookshop afloat. Bryher married fellow writer Robert McAlmon as a means of convenience, causing her then-husband to be nicknamed “Robert McAlimony,” according to his archives at Yale.

Bryher’s most known-of relationship is with poet H.D. (Hilda Doolittle). A novelist in her own right, Bryher published over a dozen novels, including memoirs and poetry collections. 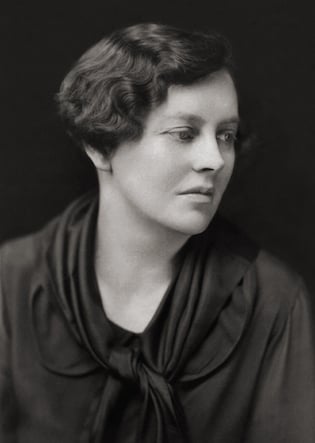 Penning nearly fifty novels, Storm Jameson wrote two series — Triumph of Time and Mirror in Darkness — and fifteen non-fiction works. Like many other female writers during the Modernist period, Jameson and her work are overlooked.

In British Fiction After Modernism, Elizabeth Maslin writes a chapter titled, “The Case for Storm Jameson.” There, she argues that because the weight tends to land on high Modernists, like Virginia Woolf, novelists that did not ascribe to the new novelistic conventions during the time are overshadowed. 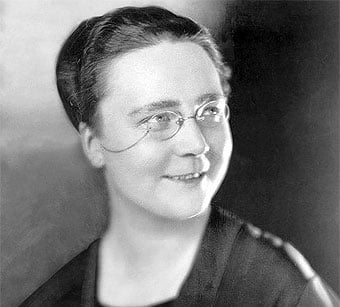 Dorothy Sayers was known for being, among other things, a translator, detective novelist, Oxford alumna, and literary critic. While a statue of her proudly stands in Essex, she took on the arduous task of translating Dante’ The Divine Comedy. Today, some of her works remain out-of-print, but others can be found in local bookstores today – mostly her detective fiction.

However, you can still find her name inside Penguin editions of The Divine Comedy, where her name is listed as the translator. Her brief biography in the edition lauds her work The Nine Tailors as “fascinating” and notes the breadth of her capabilities, stating that she “also wrote religious plays.” 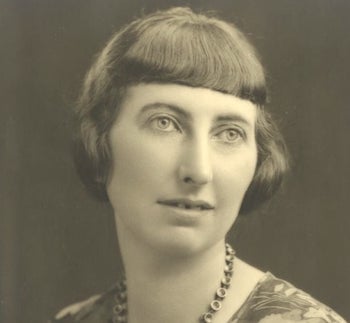 Margaret Kennedy’s work made it onto the big screen in her day, but before that, she went to school with writers Sylvia Thompson and Winifred Holtby.

In 1925 – the year that marks the publication of The Great Gatsby and Mrs. Dalloway – Kennedy’s novel, The Constant Nymph, reigned as the number two bestselling book. On the charts, it sat five spots above Sinclair Lewis’s Arrowsmith. The Constant Nymph was just one of her works to make it to become a stage production. 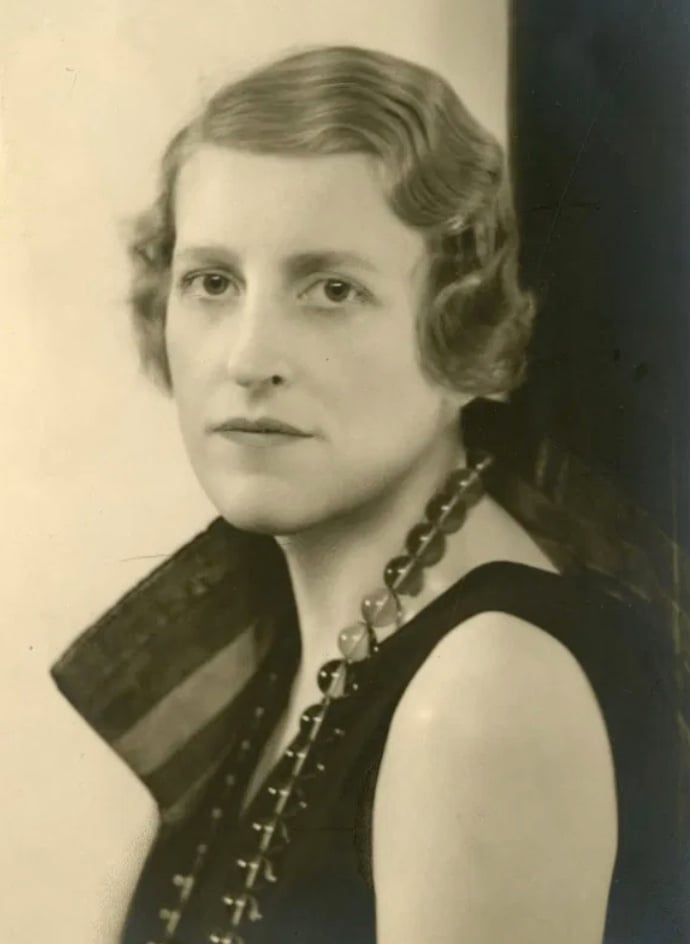 In addition to Winifred Holtby’s schooling with other novelists including her good friend Vera Brittain, she knew Leonard Woolf, Virginia Woolf’s husband. In 1932, she published Virginia Woolf: A Critical Memoir. In its Author’s Note, she references meeting Virginia Woolf only a couple of times, yet she expresses her gratitude to her for aiding the composition of the book.

Holtby not only interviewed Woolf but, Woolf supplied her with “copies of some of her critical articles.” Most known for her posthumously-published book South Riding (1936) Holtby wrote short stories and plays, as well. South Riding made it to the big screen in 1938, three years after her death. 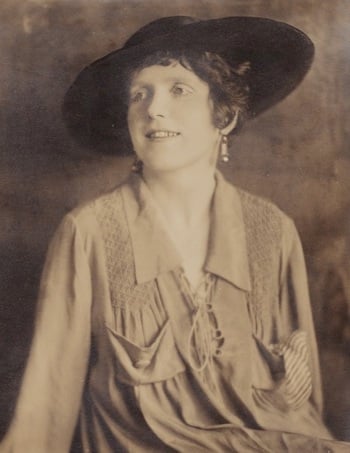 Though her name was no stranger to literary magazines, like The Little Review, during Mary Butts’ lifetime, her paternal great-grandfather was friends with William Blake.

The Modern Novel states that “In Paris [she] came in contact with many of the glitterati of the time – the painter, Nina Hamnett, the writers Ezra Pound, Djuna Barnes, Ford Madox Ford, Bryher, F. Scott Fitzgerald, and many others.” Even though her work has been reprinted in the late 20th century and the 21st century, insight about her life and works remain scant today, though Armed with Madness is considered to be her best and most enduring novel. 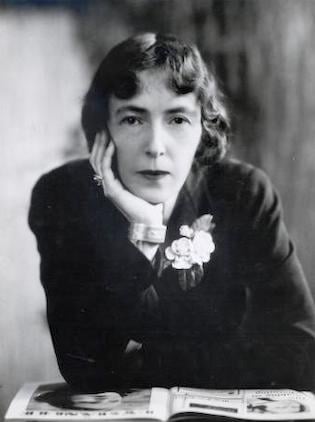 The Library of Congress holds that the Jalna series contains “the story of the Canadian Whiteoak family from 1854 to 1954, although each of the novels can also be enjoyed as an independent story.” Despite the changes throughout the century, the Whiteoaks maintain a sense of stasis, as “the manor house and its rich surrounding farmland known as ‘Jalna’” never changes in some ways. 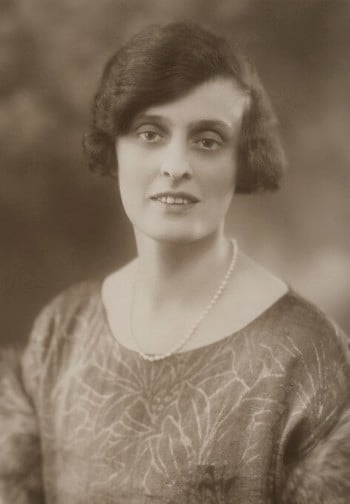 Born to a count and a novelist, Diary of a Provincial Lady is one of several works that gave E.M. Delafield a name in her own right. As recently as May 2020, The Guardian featured an article by Kathryn Hughes claiming that Delafield should be more prevalent in contemporary literary discussions.

Though Diary of a Provincial Lady has not been out of print, Hughes attributes the “dusty and quaint” title and “the comedy servants” as possible reasons for warding away readers.

Contributed by Francesca Mancino
Francesca Mancino is a Master’s in English student at Case Western Reserve University. After this degree, she hopes to pursue a Ph.D. in English, where she can study Lost Generation literature and culture, along with Modernist female writers that have strayed from the canon. Find more of her writing at Lost Modernists.

MORE MODERNIST AUTHORS ON THIS SITE