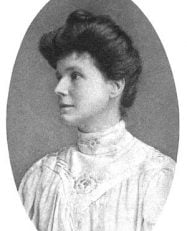 May Sinclair, (born Mary Amelia St. Clair Sinclair; August 24, 1863 – November 14, 1946) was a British novelist, philosopher, poet, and suffragist who was regarded as England’s “leading woman novelist between the death of George Eliot and the rise of Virginia Woolf,” according to David Williams, a critic who wrote for Punch.

She explored the inner lives of ordinary women in some twenty-three novels, while also publishing two works of philosophy, a biography of the Brontës, several collections of poetry, and dozens of short stories.

May Sinclair is largely forgotten today. All of her works had fallen out of print when Virago Press, the noted British feminist publishing house, reissued three of her most significant novels in the early 1980s. At present, however, only The Life and Death of Harriett Frean (1922), which many regard as her masterpiece, is in print.

She combined an interest in philosophical idealism and Freud and was an early adherent of modernism, which rejected traditional narrative structures. She was the first critic to use the term “stream of consciousness” to describe a narrative technique, and the first British writer to champion the work of T.S. Eliot.

Her 1919 novel, Mary Olivier: A Life, employed second-person narration and took numerous risks, including an attempt to portray the world through the eyes of an infant, as it traced the protagonist’s struggle to achieve spiritual and intellectual independence.

May Sinclair was the youngest of six children and the only surviving daughter. Her father, William Sinclair, was an alcoholic who died in 1881. Sinclair’s mother, Amelia Sinclair, was rigidly and intolerantly Christian. May Sinclair described her as exerting a “cold, bitter, narrow tyranny” over her household.

While Sinclair was able to pursue only one year of formal education at Cheltenham Ladies College, while she was there she won the attention of the noted educator Dorothy Beale, who encouraged her to pursue philosophy. Sinclair left college to care for her ailing brothers and mother.

While Sinclair published her first novel in 1897, it wasn’t until the death of her mother, in 1901, that her writing took off. Her 1904 novel, The Divine Fire, was a best-seller in both the U.K. and the United States. She went on to publish numerous novels that examined the ways in which women’s lives were constricted by social expectations, marriage, patriarchy, and repression. 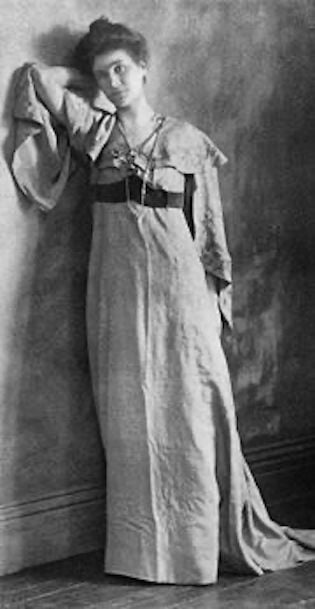 A suffragist and modernist

The Divine Fire was so successful that Sinclair embarked on a book tour of the eastern United States. In the course of her travels, she met literary figures such as Ralph Waldo Emerson, Mark Twain, and Sarah Orne Jewett. Back in London, she became active in the Women’s Freedom League, and met and befriended figures such as Thomas Hardy, with whom she undertook a bicycling trip, as well as Ezra Pound and H.D.

In 1912 she published a 48-page pamphlet, Feminism, in which she argued on behalf of women’s suffrage and economic equality. At around this time, she also began writing for The Egoist, considered England’s most important modernist periodical for its publication of Imagist poetry and early excerpts of James Joyce’s Ulysses. She also became interested in the works of Sigmund Freud — as were many of the modernists — and Carl Jung. She also became a major financial supporter of the Medico-Psychological Clinic, the first training program in psychoanalysis in Britain.

Sinclair became fascinated by the Brontë sisters and wrote introductions to new editions of their work as well as a critical examination of her own, The Three Brontës. She also produced a novel inspired by their lives, The Three Sisters. When the latter was reissued in 1985, Publisher’s Weekly said that Sinclair “brings to this novel psychological acuity reminiscent of D.H. Lawrence, as well as remarkable skill as raconteur.”

Her fascination with the Brontës led in turn to an interest in the macabre, and thus to the ghost stories that comprised her 1910 collection, Uncanny Stories.

When World War I began, Sinclair went to Belgium out of a desire to be helpful. While some sources say she returned home because there wasn’t much for her to do, others claim that she was overwhelmed by what she saw and left the field for that reason. Whatever her reason for returning to England, her Journal of Impressions in Belgium was one of the first accounts of the war written by a British woman.

It was in 1918, while reviewing Dorothy Richardson’s Pilgrim series for The Egoist, that Sinclair applied the term “stream of consciousness” to Richardson’s technique of describing the inner life of her protagonist Miriam Henderson.

Apparently influenced by Richardson, Sinclair wrote Mary Olivier: A Life, a coming-of-age novel that is believed to be semi-autobiographical, and which has been described as “a portrait of the artist as a young (wo)man,” appearing as it did at the same time that James Joyce and Virginia Woolf were employing the stream of consciousness technique in their work. 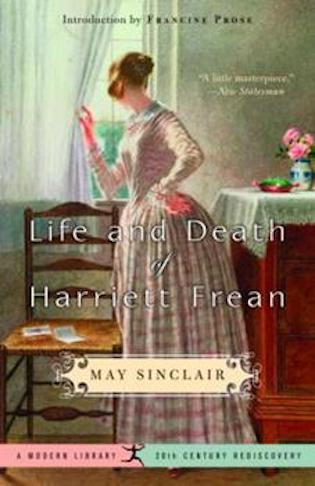 Despite her impressive output and significant contributions, Sinclair is little known today. According to critic Joanna Kavenna, in her review of Suzanne Raitt’s May Sinclair: A Modern Victorian (2001), Sinclair’s personality did not endear her to the modernists or the Bloomsbury crowd, though she worked among them.

While she had thoroughly rejected her mother’s rigid Christianity to become a confirmed agnostic, she was neat and hard-working. Older than many of the modernists, she was dismissed as “prim” by Virginia Woolf and did not encourage intimate friendships. To employ some of Sinclair’s own techniques of psychological inquiry, these characteristics might have resulted from the tyranny of her mother and the alcoholism of her father, combined with the tragic loss of several brothers to early death.

Further, while Sinclair lived until 1946, she suffered from Parkinson’s disease for nearly two decades before her death and lost touch with her public as well as with her former friends and colleagues. Much like the protagonist of The Life and Death of Harriet Frean, she died in obscurity and isolation, with only the company of her companion and housekeeper, Florence Bartrop.

Fast cars and a love of the road

Yet Sinclair was very much a living woman, even in the final years of her life. The discovery of a Rolls Royce that she purchased around 1935 revealed her love of cars and driving. She bought her first car in 1919, and often urged her chauffeur, Ernest Williams, to drive faster and overtake other cars on the road. She, Bartrop, and Williams took several long road trips through Britain in the 1930s. 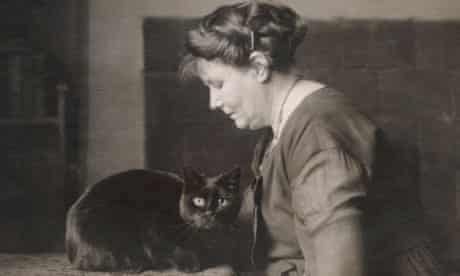 A revival of interest

While all of Sinclair’s work, except for Harriet Frean, has fallen out of print, much of her work, including her war essays, her biography of the Brontës, some of her short stories, and most of her novels are available on Project Gutenberg.

The May Sinclair Society was founded in July 2013.  The society is in the process of bringing Sinclair’s work back into print through the Edinburgh Critical Editions of the Works of May Sinclair.

More about May Sinclair