Aphra Behn and the Beginnings of a Female Narrative Voice 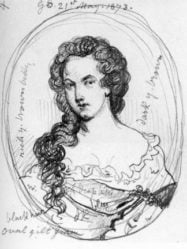 Aphra Behn (1640 – 1689) is a forerunner in English literary history in more ways than one; she is not only the first professional woman writer, she is also an important innovator in the form of the novel.

Using the epistolary form of Lettres Portugaises as a model and combining it with elements of the drama, with Love Letters Between a Nobleman and His Sister she created the first true epistolary novel.

In Oroonoko she used a narrative voice that combined proximity to her readers with an unusual wealth of detail, while the plot itself involves one of the first examples of the concept of the “noble savage” in literature.

In her search for a prose form appropriate to stories with contemporary rather than purely heroic settings and themes, Behn wrote her novels in a conversational tone strewn with personal references such as “I have already said…” or “I forgot to ask how…” making the narrative resemble an ongoing conversation with her readers and lending her tales a more everyday tone than was usually the case in earlier prose forms.

The presence of the narrator

Behn’s narrative strategy is the predecessor of the omniscient narrative voice such as that used by Henry Fielding, Jane Austen, and George Eliot. On the other hand, Behn’s narrator is more intrusive and relates events in such a way to emphasize the narrating voice.

Despite Behn’s important innovations in prose narrative, her literary reputation lags far behind her accomplishments. The sixth edition of the Norton Anthology of English Literature, published in 1990, still did not contain a single work by Behn, and as Anglo-American literary critics are well aware, the two heavy volumes of the Norton Anthology are the physical incarnation of the literary canon in English.

Since the publication of the Behn biographies* from Maureen Duffy (The Passionate Shepherdess,1979) and Angeline Goreau (Reconstructing Aphra, 1980), research on Behn has experienced a renaissance, particularly among feminist critics.

Love Letters Between a Nobleman and His Sister (1684 – 87) has been reprinted by Virago Press, and five of her plays in paperback by Methuen, making these works more readily available. Fortunately, the feminist interest in Behn is not letting up; unfortunately, it still seems to be primarily of feminist interest. 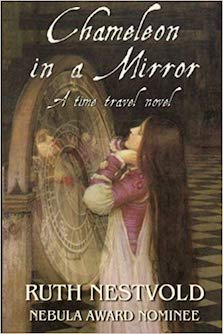 The female voice and the rise of the novel

Numerous feminist disciplines have shown that the interests of women in a patriarchal society are rarely taken into account. The traditional view of history, for example, is that it is the story of great political events; by contrast, feminist historians have tried to uncover evidence of women in this chronicle of great events and looked into the circumstances of women’s lives through the centuries.

Now “everyday life” is becoming a more prominent concern of mainstream historians as well. The situation in the history of the novel is quite different, however.

Several women authors at the end of the seventeenth and the beginning of the eighteenth century made important contributions to the development of the English novel, and the genre has always shown a concern for and an interest in domestic arrangements.

As opposed to history, the protagonists of the novel have been women as often as they have been men, and the story of the woman trapped in social constraints became a particularly novelistic subject …

The English novel was a product of several differing literary traditions, among them the French romance, the Spanish picaresque tale and novella, and such earlier prose models in English as John Lyly’s Euphues (1579), Sir Philip Sidney’s Arcadia (1590) and John Bunyan’s Pilgrim’s Progress (1684). The authors of these works collectively helped pave the way for the form of the novel as it is known today. 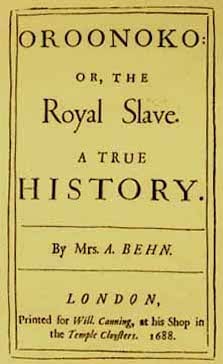 The true pioneers of the novel form, however, were the women writers pursuing their craft in opposition to the classically refined precepts of the writers defining the Augustan Age.

In Oroonoko, Behn provides numerous details of day to day life and a conversational narrative voice, while with Love Letters she pioneered the epistolary form for a longer work of fiction, over fifty years before Richardson.

In the thirties, her writing underwent a transformation suitable to the growing moral concerns of the era, and her later novels show the influence of her male contemporaries Richardson and Fielding (this despite the fact that she may have been the author of Anti-Pamela (1741), an early attack on Richardson’s first novel). 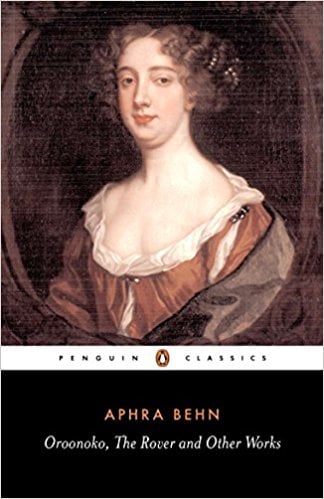 Particularly interesting among the work of early women novelists is that of Jane Barker. Her novel Loves Intrigues: Or, The History of the Amours of Bosvil and Galesia (1713) tells in first-person narrative the psychologically realistic tale of a heroine who doesn’t get her man.

The portrayal of Galesia’s emotional dilemma, caught in a web of modesty, social circumstances and the hero’s uncertainty and indecisiveness, captures intriguing facets of psychological puzzles without providing easy answers for the readers. Galesia retreats from marriage, hardly knowing why she does so or how the situation came about, and the reader is no smarter.

Ruth Nestvold has published widely in science fiction and fantasy, her fiction appearing in such markets as Asimov’s, F&SF, Baen’s Universe, Strange Horizons, Realms of Fantasy, and Gardner Dozois’s Year’s Best Science Fiction. Her work has been nominated for the Nebula, Tiptree, and Sturgeon Awards. In 2007, the Italian translation of her novella “Looking Through Lace” won the “Premio Italia” award for best international work.

Since 2012, she’s been concentrating her efforts on self-publishing rather than traditional publishing, although she does still occasionally sell a story the old-fashioned way. She maintains a web site here and blogs here.

More about Aphra Behn on this site: