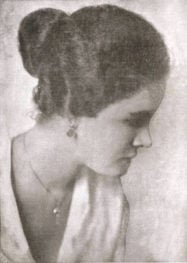 Though she was considered an important member of the Harlem Renaissance, Georgia Douglas Johnson (1880 – 1966) was never a New York City resident, neither when the movement was in full swing in the 1920s or after. Following is a selection of 10 poems by Georgia Douglas Johnson, a poet who deserves to be read and remembered.

Georgia and her family lived in Washington, D.C. Their house on S Street NW came to be known as the “S Street Salon” — a satellite of sorts for writers of the Harlem Renaissance visiting in the nation’s segregated capital.

Among the colleagues who were regular visitors were the leading lights of the Renaissance: Langston Hughes, Jean Toomer, Alain Locke, and many of the noted women writers of the Harlem Renaissance.

As a mixed-race woman, she addressed issues of bias and racism in her poems from a broad perspective. She also wrote many that were intensely personal. In particular, she explored the constraining roles of devoted wife and mother and how these clashed with the desire to be a creative artist.

Jessie Redmon Fauset, an important editor of the Harlem Renaissance era, and a poet in her own right, helped Georgia select the works for The Heart of a Woman collection. The Heart of a Woman, indeed, inspired Maya Angelou‘s memoir of the same title.

In addition to poetry, Georgia wrote nearly thirty plays. Though some of her work was destroyed around the time of her death, there was a large enough body left to confirm her contributions to the Harlem Renaissance movement.

The following poems are included in this listing:

The Heart of a Woman

The heart of a woman goes forth with the dawn,
As a lone bird, soft winging, so restlessly on,
Afar o’er life’s turrets and vales does it roam
In the wake of those echoes the heart calls home.
The heart of a woman falls back with the night,
And enters some alien cage in its plight,
And tries to forget it has dreamed of the stars
While it breaks, breaks, breaks on the sheltering bars.

And who shall separate the dust
What later we shall be:
Whose keen discerning eye will scan
And solve the mystery?

The high, the low, the rich, the poor,
The black, the white, the red,
And all the chromatique between,
Of whom shall it be said:

Here lies the dust of Africa;
Here are the sons of Rome;
Here lies the one unlabelled,
The world at large his home!

Can one then separate the dust?
Will mankind lie apart,
When life has settled back again
The same as from the start?

I Want to Die While You Love Me

Your world is as big as you make it.
I know, for I used to abide
In the narrowest nest in a corner,
My wings pressing close to my side.
But I sighted the distant horizon
Where the skyline encircled the sea
And I throbbed with a burning desire
To travel this immensity.
I battered the cordons around me
And cradled my wings on the breeze,
Then soared to the uttermost reaches
With rapture, with power, with ease!

These fell miasmic rings of mist, with ghoulish menace bound,
Like noose-horizons tightening my little world around,
They still the soaring will to wing, to dance, to speed away,
And fling the soul insurgent back into its shell of clay:
Beneath incrusted silences, a seething Etna lies,
The fire of whose furnaces may sleep — but never dies!

I believe in the ultimate justice of Fate;
That the races of men front the sun in their turn;
That each soul holds the title to infinite wealth
In fee to the will as it masters itself;
That the heart of humanity sounds the same tone
In impious jungle, or sky-kneeling fane.
I believe that the key to the life-mystery
Lies deeper than reason and further than death.
I believe that the rhythmical conscience within
Is guidance enough for the conduct of men.

Frail children of sorrow, dethroned by a hue,
The shadows are flecked by the rose sifting through,
The world has its motion, all things pass away;
No night is omnipotent, there must be day!
The oak tarries long in the depths of the seed
But swift is the season of nettle and weed,
Abide yet awhile in the mellowing shade
And rise with the hour for which you were made.
The cycle of seasons, the tidals of man,
Revolve in the orb of the infinite plan;
We move to the rhythm of ages long done,
And each has his hour — to dwell in the sun!

Let’s build bridges here and there
Or sometimes, just a spiral stair
That we may come somewhat abreast
And sense what cannot be exprest,
And by these measures can be found
A meeting place—a common ground
Nearer the reaches of the heart
Where truth revealed, stands clear, apart;
With understanding come to know
What laughing lips will never show:
How tears and torturing distress
May masquerade as happiness:
Then you will know when my heart’s aching
And I when yours is slowly breaking.
Commune—The altars will reveal . . .
We then shall be impulsed to kneel
And send a prayer upon its way
For those who wear the thorns today.
Oh, let’s build bridges everywhere
And span the gulf of challenge there. 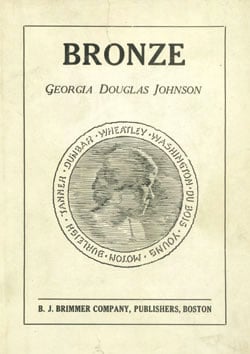 The very acme of my woe,
The pivot of my pride,
My consolation, and my hope
Deferred, but not denied.
The substance of my every dream,
The riddle of my plight,
The very world epitomized
In turmoil and delight.