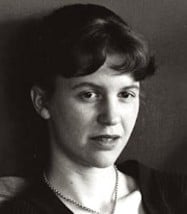 Sylvia Plath (1932 – 1963) took her own life at age 30, leaving behind a trove of what is considered landmark poetry. Following is a selection of best-loved poems by Sylvia Plath, offering a glimpse of the work of a gifted practitioner of the confessional poetry genre.

Plath’s poems observed life’s beauty, but they were also brutally honest about its pain and darker moments. Some of her work was inscrutable, allowing each reader her or his own interpretation.

Her reputation as a poet was cemented with the publication of The Colossus in 1960. The poetry in this collection was intense, personal, and delicately crafted. Ariel, another of her best-known collections, was published posthumously in 1965. The beauty of craft remains even as it reveals the fissures and anguish growing in the poet’s psyche.

According to the Penguin Companion to American Literature:

“The Colossus (1960) and the posthumous Ariel (1965) show a remarkable development. The first is a largely personal poetry, intense and delicately rendered, usually dealing with the relationship of the poet and a perceived object from which she seeks illumination, ‘that rare, random descent.’ It is controlled, serious verse but her later work shows new strains and pressures at work and becomes a poetry of anguished confession.”

Here are poems by Sylvia Plath included in this listing:

Axes
After whose stroke the wood rings,
And the echoes!
Echoes traveling
Off from the center like horses.

The sap
Wells like tears, like the
Water striving
To re-establish its mirror
Over the rock.
That drops and turns,
A white skull,
Eaten by weedy greens.

Years later I
Encounter them on the road—

While
From the bottom of the pool, fixed stars
Govern a life.

Love set you going like a fat gold watch.
The midwife slapped your footsoles, and your bald cry
Took its place among the elements.

In a drafty museum, your nakedness
Shadows our safety.
We stand round blankly as walls.

I’m no more your mother
Than the cloud that distills a mirror to reflect its own slow
Effacement at the wind’s hand.

All night your moth-breath
Flickers among the flat pink roses.
I wake to listen:
A far sea moves in my ear.

One cry, and I stumble from bed, cow-heavy and floral
In my Victorian nightgown.

Your mouth opens clean as a cat’s.
The window square

Whitens and swallows its dull stars.
And now you try
Your handful of notes;
The clear vowels rise like balloons. 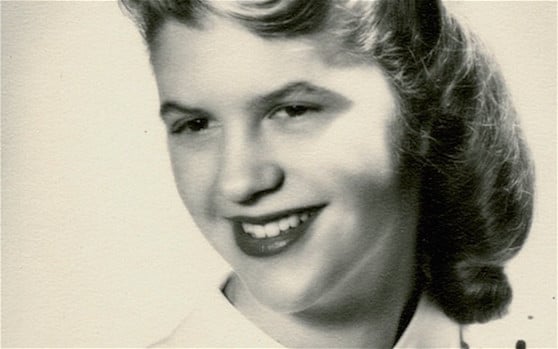 These poems do not live: it’s a sad diagnosis.
They grew their toes and fingers well enough,
Their little foreheads bulged with concentration.

If they missed out on walking about like people
It wasn’t for any lack of mother-love.

O I cannot explain what happened to them!
They are proper in shape and number and every part.

And still the lungs won’t fill and the heart won’t start.

They are not pigs, they are not even fish,
Though they have a piggy and a fishy air —
It would be better if they were alive, and that’s what they were.

But they are dead, and their mother near dead with distraction,
And they stupidly stare and do not speak of her.

Old man, you surface seldom.
Then you come in with the tide’s coming
When seas wash cold, foam —
Capped: white hair, white beard, far-flung,
A dragnet, rising, falling, as waves
Crest and trough. Miles long
Extend the radial sheaves
Of your spread hair, in which wrinkling skeins
Knotted, caught, survives
The old myth of origins
Unimaginable. You float near
As kneeled ice-mountains
Of the north, to be steered clear
Of, not fathomed. All obscurity
Starts with a danger:
Your dangers are many. I
Cannot look much but your form suffers
Some strange injury
And seems to die: so vapors
Ravel to clearness on the dawn sea.
The muddy rumors
Of your burial move me
To half-believe: your reappearance
Proves rumors shallow,
For the archaic trenched lines
Of your grained face shed time in runnels:
Ages beat like rains
On the unbeaten channels
Of the ocean. Such sage humor and
Durance are whirlpools
To make away with the ground-
Work of the earth and the sky’s ridgepole.
Waist down, you may wind
One labyrinthine tangle
To root deep among knuckles, shin-bones,
Skulls. Inscrutable,
Below shoulders not once
Seen by any man who kept his head,
You defy questions;
You defy godhood.
I walk dry on your kingdom’s border
Exiled to no good.
Your shelled bed I remember.
Father, this thick air is murderous.
I would breathe water.

Day of mist: day of tarnish

with hands
unserviceable, I wait
for the milk van

and the coal fire burns

outside, the little hedge leaves are
become quite yellow
a milk-film blurs
the empty bottles on the windowsill

today
today I will not
disenchant my twelve black-gowned examiners
or bunch my fist
in the wind’s sneer.

In ruck and quibble of courtfolk
This giant hulked, I tell you, on her scene
With hands like derricks,
Looks fierce and black as rooks;
Why, all the windows broke when he stalked in.

Her dainty acres he ramped through
And used her gentle doves with manners rude;
I do not know
What fury urged him slay
Her antelope who meant him naught but good.

She spoke most chiding in his ear
Till he some pity took upon her crying;
Of rich attire He made her shoulders bare
And solaced her, but quit her at cock’s crowing.

A hundred heralds she sent out
To summon in her slight all doughty men
Whose force might fit
Shape of her sleep, her thought-
None of that greenhorn lot matched her bright crown.

So she is come to this rare pass
Whereby she treks in blood through sun and squall
And sings you thus :
‘How sad, alas, it is
To see my people shrunk so small, so small.

I’m a riddle in nine syllables,
An elephant, a ponderous house,
A melon strolling on two tendrils.

Money’s new-minted in this fat purse.

I’ve eaten a bag of green apples,
Boarded the train there’s no getting off.

I shut my eyes and all the world drops dead;
I lift my lids and all is born again.
(I think I made you up inside my head.)

The stars go waltzing out in blue and red,
And arbitrary blackness gallops in:
I shut my eyes and all the world drops dead.

I dreamed that you bewitched me into bed
And sung me moon-struck, kissed me quite insane.
(I think I made you up inside my head.)

God topples from the sky, hell’s fires fade:
Exit seraphim and Satan’s men:
I shut my eyes and all the world drops dead.

I fancied you’d return the way you said,
But I grow old and I forget your name.
(I think I made you up inside my head.)

I should have loved a thunderbird instead;
At least when spring comes they roar back again.
I shut my eyes and all the world drops dead.
(I think I made you up inside my head.)

You do not do, you do not do
Any more, black shoe
In which I have lived like a foot
For thirty years, poor and white,
Barely daring to breathe or Achoo.

Daddy, I have had to kill you.
You died before I had time —-
Marble-heavy, a bag full of God,
Ghastly statue with one gray toe
Big as a Frisco seal.

And a head in the freakish Atlantic
Where it pours bean green over blue
In the waters off the beautiful Nauset.
I used to pray to recover you.
Ach, du.

In the German tongue, in the Polish town
Scraped flat by the roller
Of wars, wars, wars.
But the name of the town is common.
My Pollack friend

Says there are a dozen or two.
So I never could tell where you
Put your foot, your root,
I never could talk to you.
The tongue stuck in my jaw.

It stuck in a barb wire snare.
Ich, ich, ich, ich,
I could hardly speak.
I thought every German was you.
And the language obscene

An engine, an engine,
Chuffing me off like a Jew.
A Jew to Dachau, Auschwitz, Belsen.
I began to talk like a Jew.
I think I may well be a Jew.

The snows of the Tyrol, the clear beer of Vienna
Are not very pure or true.
With my gypsy ancestress and my weird luck
And my Taroc pack and my Taroc pack
I may be a bit of a Jew.

I have always been scared of you,
With your Luftwaffe, your gobbledygoo.
And your neat mustache
And your Aryan eye, bright blue.
Panzer-man, panzer-man, O You —-

Not God but a swastika
So black no sky could squeak through.
Every woman adores a Fascist,
The boot in the face, the brute
Brute heart of a brute like you.

You stand at the blackboard, daddy,
In the picture I have of you,
A cleft in your chin instead of your foot
But no less a devil for that, no not
Any less the black man who

Bit my pretty red heart in two.
I was ten when they buried you.
At twenty I tried to die
And get back, back, back to you.
I thought even the bones would do.

But they pulled me out of the sack,
And they stuck me together with glue.
And then I knew what to do.
I made a model of you,
A man in black with a Meinkampf look

And a love of the rack and the screw.
And I said I do, I do.
So daddy, I’m finally through.
The black telephone’s off at the root,
The voices just can’t worm through.

If I’ve killed one man, I’ve killed two —-
The vampire who said he was you
And drank my blood for a year,
Seven years, if you want to know.
Daddy, you can lie back now.

There’s a stake in your fat black heart
And the villagers never liked you.
They are dancing and stamping on you.
They always knew it was you.
Daddy, daddy, you bastard, I’m through.

Stasis in darkness.
Then the substanceless blue
Pour of tor and distances.

God’s lioness,
How one we grow,
Pivot of heels and knees! —The furrow

Splits and passes, sister to
The brown arc
Of the neck I cannot catch,
Nigger-eye Berries cast dark
Hooks —

Something else
Hauls me through air —
Thighs, hair;
Flakes from my heels.

And now I
Foam to wheat, a glitter of seas.

The child’s cry
Melts in the wall.

And I
Am the arrow,
The dew that flies,
Suicidal, at one with the drive
Into the red

Eye, the cauldron of morning. 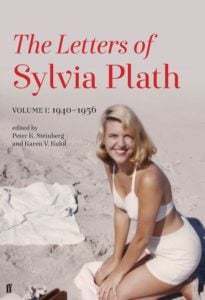