How can one persevere when writing pays so poorly? 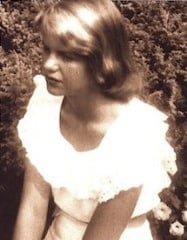 Dear Literary Ladies,
I work so hard at my writing, putting in an inordinate amount time and effort. For all that, the rewards are so meager. Adding up the hours I put into my work (which I’m not even sure is more than mediocre), I would be making much less than minimum wage! My family thinks I should pack it in. What can you advise to help me persevere in a pursuit that’s so poorly compensated?

How can we know if we work hard now and develop ourselves we will be more than mediocre? Isn’t this the world’s revenge on us for sticking our neck out? We can never know until we’ve worked, written . . . Weren’t the mothers and businessmen right after all? Shouldn’t we have avoided these disquieting questions and taken steady jobs and secured a good future for the kiddies?

Writing is a religious act: it is an ordering, a reforming, a relearning and reloving of people and the world as they are and as they might be. A shaping which does not pass away like a day of typing or a day of teaching. The writing lasts: it goes about on its own in the world. People read it: react to it as to a person, a philosophy, a religion, a flower: they like it, or do not. It helps them, or it does not. It feels to intensify living: you give more, probe, ask, look, learn, and shape this: you get more: monsters, answers, color and form, knowledge.

You do it for itself first. If it brings in money, how nice. You do not do it first for money. Money isn’t why you sit down at the typewriter. Not that you don’t want it. It is only too lovely when a profession pays for your bread and butter. With writing, it is maybe, maybe-not. How to live with such insecurity. With what is worst, the occasional lack or loss of faith in the writing itself? How to live with these things?

The worst thing, worse than all of them, would be to live with not writing.