The Revenue Stamp – An Autobiography by Amrita Pritam 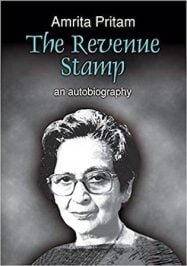 Amrita Pritam (1919 – 2005)  was a poet, novelist, and essayist, with a huge body of work to her credit. So it’s surprising that her autobiography is just under two hundred pages, and it’s curious why she chose this particular title — The Revenue Stamp.

Behind the name is the exchange between Amrita and the famous author and journalist, Khushwant Singh, who told her that her life was of so little consequence that it could be written on the back of a revenue stamp (‘Raseedi Ticket’ in the original).

When choosing the name for her autobiography, Amrita recalled this banter and opted for this name. Credit must be given to the English translator, Krishna Gorowara, who seems to have picked up on all the nuances and depth of Amrita’s thoughts.

Pritam was born in an area that was then British India, now part of Pakistan. She wrote in Punjabi and Hindi, and her work has long been loved by readers in both India and Pakistan.

The autobiography (first published in 1977; published in English translation in 2015) doesn’t follow a linear style. Rather, it provides wonderful insights into the mind of a woman poet who was far ahead of her time, in both her thinking and how she conducted her life.

The book touches on her life with Imroz, a painter with whom she has a live-in-relationship at a time when such things were far from the norm. Her early marriage to Pritam Singh ends in a divorce. The reasons for their parting and how it affects their two children are covered. 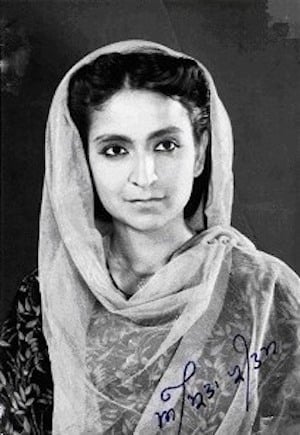 Amrita writes of her parents, Raj Bibi and Kartar Singh. The latter had chosen a life of renunciation as a child Sadhu, but one glance at Raj Bibi changes all that, and they are married. Amrita writes, “The most remarkable thing about father was that a life of riches or renunciation came alike to him.”

When Amrita loses her mother at the age of ten, this sense of renunciation comes to haunt her. She senses that her father is torn between his love for her and a complete withdrawal from life. She writes poignantly that she “used to cry out in anguish because I could not tell whether I was accepted or not. I was both accepted and rejected in turns.”

Amrita’s father dabbles in verse and teaches her about rhyme and rhythm hoping that she will find expression in poetry. Amrita writes, “It seems to me I wrote because I wanted to forget those moments of rejection I felt in him.”

Interestingly, half a century later, Amrita expresses the idea that she has inherited her father’s way of looking at the world, “I feel that both riches and renunciations have taken twin births in me as well.”

She also states the philosophy that stays with her throughout, “I am not in the least mindful of what others think of me. My only desire is to be at peace with my innermost self.”

After her mother’s death, Amrita loses her interest in religion, feeling that all her prayers didn’t serve to keep her mother alive. Still, spiritual experiences do come into her now and then in her later life and she gives expression to them. 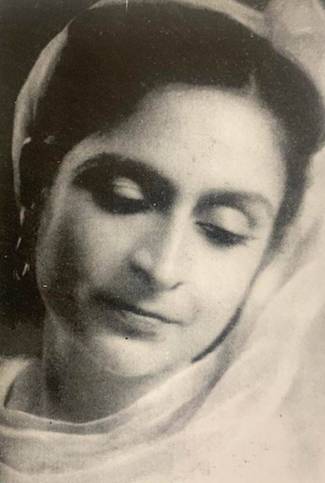 Rebellious years and the Partition

Some tidbits from her formative years reveal Amrita’s questioning and rebellious streak. Her grandmother was the reigning matriarch of the kitchen. Amrita’s father aided her in her efforts to revolt against her grandmother’s regime.

One issue arose relating to three glass tumblers that were kept aside to serve buttermilk only to the Muslim visitors to the house. The tumblers became a “cause” for Amrita, who would insist on drinking only from those glasses, with her father’s aid.

She writes, “Thereafter not a single utensil in the house was labeled ‘Hindu’ or ‘Muslim.’ She continues, “Neither Grandmother nor I knew then that the man I was to fall in love with, would be of the same faith as the branded utensils were meant for.”

In her sixteenth year, the author starts questioning all the regimentation of her life, her school years, parental authority: “What I had so far learnt was like a straightjacket that gives way at the seams — as the body grows. I was thirsty for life. I wanted living contact with those stars I had been taught to worship from afar.”

Amrita compares this rebellious time of her life with the era of the Partition of Undivided India in 1947, “when all social, political and religious values came crashing down like glass smashed into smithereens from the feet of people in flight.”

For those of us born after the Partition into a free India, Amrita’s autobiography offers heartbreaking insights into what it did to people — families, who found themselves separated, friends who were suddenly expected to be sworn enemies, and saddest of all, women who were abducted and raped and faced untold horrors.

She writes, “The passion of those monstrous times have been with me since, like some consuming fire — when I wrote later of a beloved’s face; of the aggressors from neighboring countries; of the crime of the long Vietnamese night, or, at one stage, of the helpless Czechs … In the haunting image of beauty and in the anger at wrong and cruelty, my sixteenth year stretches on and on …”

Amrita writes of her (probably unrequited) love for the Hindi poet and lyricist Sahir Ludhianvi, which the man in her life, Imroz, understood and joked with her about. She says, “The curse of my lonesome state has been broken through — by Imroz.”

She is so candid in her description of how she picked up her habit of smoking. Sahir would visit her and smoke, leaving the cigarette butts behind. After his departure, Amrita would pick up the butts and smoke them, just to feel close to something that had touched Sahir’s lips. She also describes how the character of Sahir makes an appearance in some of her novels.

This is the kind of candidness and honesty that appear time and again in this autobiography, including the instances where she writes about fellow writers and poets.

She names those whose writings she enjoys and doesn’t mince words about the pettiness of others who leave her essays out of anthologies, bar her from organizations, or prevent her from being part of poetry delegations that are invited to travel abroad.

A section called ‘The Cycle of Hatred’ details all this. One also gets an idea of the trials and tribulations of a woman writer, in a world of men wishing to dominate the writing world.

Her friendship with a Pakistani poet, Sajjad, whom she has known before the Partition, results in her getting flak for mentioning his name publicly. Sajjad asks her to stop doing so, and she mourns the fact that the Partition left no space for recognition of a friendship.

Still, her heart-rending poem on the Partition where she invokes Waris Shah (writer of the romantic poem, Heer-Ranjha), touches many Pakistani poets. During a BBC interview in London, the poetess Sahab Kizilbash, exclaims, “Arre! So this is Amrita…the writer of those lines. I ought to be embracing her…”

As the feted writer that she is, Amrita receives her share of invitations, where she forges bonds of friendship with poets across the world. After meeting Ho Chi Minh (President of Vietnam) in Delhi, Amrita writes a poem, ‘Aashma’, and later dedicates it to him when it’s published as part of an anthology. As a result he sends her a personal note of “admiration and kindest greetings.”

Often, The Revenue Stamp seems full of abstractions, and it almost seems as if the author strings together a bunch of random thoughts, including dreams from her past and present, in a hurry to get the book quickly completed for publication. Yet, they are full of the profundity that haunts Amrita’s other writings.

This reader flagged page after page to go back to and re-read. Despite being a slim book, it’s rich with glimpses into the brilliant mind of Amrita Pritam.

The honesty with which she conducted her life, and the pain and trauma of the Partition that seared itself into her writing, are all reflected in this autobiography. It’s a book that should have universal appeal to literature lovers around the world. 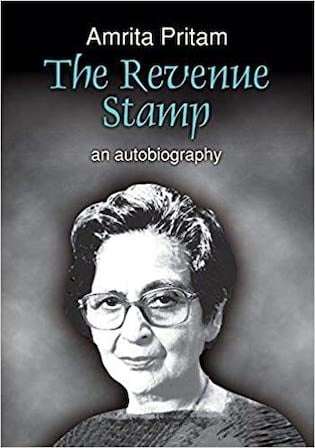