When the Present Clashes with the Past: Reminiscences of Enid Blyton 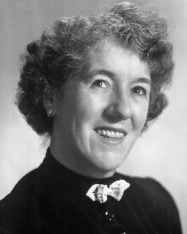 Quite often in life, the innocence and idealism of one’s childhood years are intruded upon by the realities and pragmatism of adult life. But when one is forced to reckon with the labeling of a favorite author of one’s childhood, one will necessarily need to have a dialogue with the past to find a balance with the present. The author in question is Enid Blyton, who was called “a racist, sexist homophobe and not a well-regarded writer,” by the members of the Royal Mint, who in 2019 blocked attempts to give her a commemorative coin.

Recently, the issue resurfaced when the UK-based charity, English Heritage, in the light of the Black Lives Matter movement, decided to update its website with information on Enid Blyton. Their Twitter account stated:

“Our 1997 Blue Plaque to Enid Blyton is back in the news along with our online bio of the children’s author, whose books are loved by many. We can fit about 19 words on each plaque. Our website provides a fuller picture of the person’s life, including any uncomfortable aspects.” 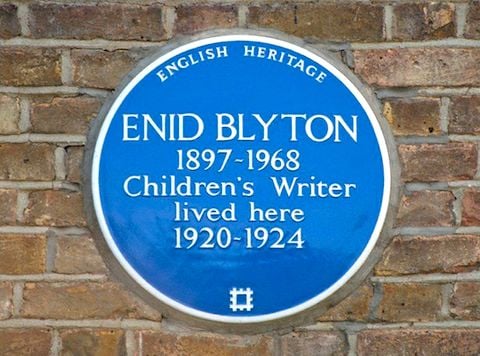 The website now states that Blyton’s work has been criticized during her lifetime and after, “for its racism, xenophobia and literary merit.”

Born in 1897, Enid Blyton is well-known for her Famous Five and Secret Seven adventure stories, as also the stories revolving around schools, not to forget the picture tales of Noddy, the wooden boy, created by a carpenter, just like Pinocchio, which comes alive.

Apart from the recent hullaballoo, Blyton’s works have always courted controversy with libraries across the world removing her books from their syllabus and the BBC refusing to dramatize her work, between 1930 and 1950, and terming her a “tenacious second-rater” in their internal correspondence.

Blyton was also accused of gender bias, as tasks were clearly divided between men and women, with the men doing the brain work whilst the women cooked and dished out picnic lunches and the girls washed up afterward. But again, these need to be seen in the context of the years (1928-1960) that Blyton wrote the majority of her stories — a time when a life of domesticity was the lot of most women.

For my siblings and me, and other children growing up in India, Enid Blyton has almost been a rite of passage, where none of the above messages even took hold. This author was among the first to open up the love for reading in me and occupies a very special place in my heart.

To Blyton goes the credit of opening up a magic world, which we tried to recreate in our own lives. During summer holidays, a chicken coop would be converted into a Club House just like the one that the Five Find-Outers had. We emulated them even in the password that had to be uttered before being allowed into the Club House, by the designated leader of that week.

Whilst Blyton might have allotted the powerful roles to the boys, this was not the case with us, as we chose not to take her literally. This apart, a plank nailed on to a mango tree doubled up as a Tree House. When we tired of these two options, there was always the Tent House to crawl into, made up of a large tarpaulin sheet, which was actually a cover for our Dad’s Ambassador car.

The parleys in these three “Houses” would also lead to some real adventures, where we headed out to a junction where two rivers met, some distance from our home. We were accompanied by a few friends, all fueled with the same sense of adventure as the Secret Seven. There were even some not very successful attempts at lighting makeshift fires to cook some beans etc., which we forced ourselves to eat, just for the thrill of doing what our adventurous idols would do in Blyton’s stories.

The other event that caused excitement from Blyton’s tales were the midnight feasts planned by the “Naughtiest Girl in the School,” Elizabeth Allen or the girls from the St. Claire’s series. The tuck that these girls shared — scones, potted meat, clotted cream, etc. were so far removed from any food that Indian kids were used to, that we truly longed to sample them.

On a visit to Oxford, when a friend took us for a drive to a scenic spot beside a river, she also ordered some refreshments, for us to snack on. When she said, “clotted cream,” my mind transported itself back to the Enid Blyton tales and all I could think was, “I wish I could tell my friends from back then that I had actually tasted something that we had all drooled over, in our imagination.”

So, thoughts of Enid Blyton can only bring back memories of an idyllic childhood, devouring her books, reading them in the order that they were meant to be read, and comparing notes with siblings and friends, about how far they had progressed. At that point in time, nothing in those books struck me as being negative towards any character, except regarding behavior at school, or attitudes towards teachers and friends. 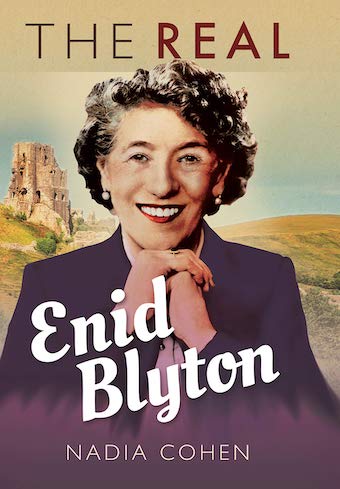 No doubt, Enid Blyton, as an adult, could be accused of using politically incorrect terminology, which may not pass muster in books for children today. But I am almost certain that most of us just took the character descriptions at face value, without thinking of skin color or anything along those lines. Mentions of golliwogs were just accepted as props to a story, as we as children inhabited a world of innocence.

This piece is written more in defense of a childhood that was spurred by the world of imagination that Enid Blyton managed to create for generations of children. Even my daughter started her days of reading with Noddy books, moved on to the other adventures, and seems none the worse for it.

I wonder if any of the racism or xenophobia that prevails in my country or the world today can be attributed to Enid Blyton. There are war heroes like Winston Churchill, Robert Clive, and others who have done much more damage to my country and were inherently racist and xenophobic — and whom Britain has glorified. One has to wait and see when English Heritage will think of removing the whitewash surrounding such people.

More about the Enid Blyton controversy

One Response to “When the Present Clashes with the Past: Reminiscences of Enid Blyton”