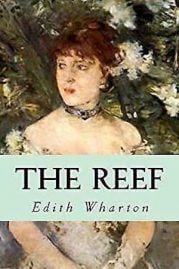 The Reef by Edith Wharton, published in 1912, came more or less in the middle of her novel-writing career. It came after the triumph of The House of Mirth and before her Pulitzer Prize-winning turn with The Age of Innocence.

The author herself wasn’t pleased with this book, writing her regrets over it to a friend not long after its publication, describing it as a “poor miserable lifeless lump,” and vowed that next time she was “going to do something worthwhile!”

Some critics tended to agree with Wharton’s self-assessment. The New York Sun’s review called The Reef “a bitter, disheartening, sordid story and we could wish that Mrs. Wharton would look on brighter and nobler aspects of life.”

From the publisher of a later edition, the 1996 Alfred A. Knopf / Borzoi edition of The Reef:

Edith Wharton was at the height of her enormous literary powers when she published The Reef in 1912, and everything about this novel suggests a mastery so complete that it can achieve nothing higher.

The plot, which tells of the drastic effects of a casual sexual betrayal on the lives of four Americans in France, is expertly turned, suspenseful, continually compelling. An assured, unhurried dramatic instincts governs the great moments of confrontation and revelation.

The central characters, two of whom are innocents and two of whom are burdened by experience and tinged with desperation, are perfectly delineated: their relationships to one another are constructed with a classical feeling for harmony, proportion, and balance.

And the entire novel is imbued with clear-eyed wisdom about the possibilities and limitations of human love. Wharton would go on to write splendid books after completing The Reef, but nowhere does she display a finer command of her art than she does here. 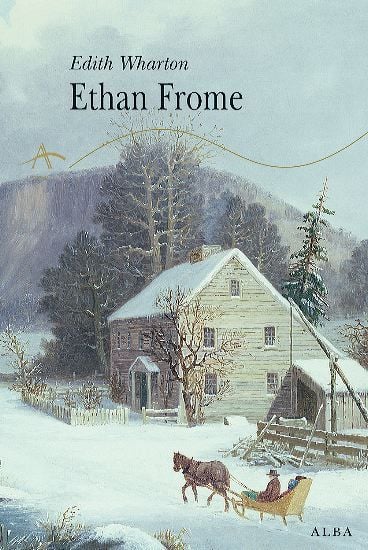 The Reef, while not a roman à clef, did reflect in its themes a difficult period in Wharton’s own love life. She had fallen passionately in love with Morton Fullerton, a passion that wasn’t always returned, and discovered that her dissolute husband Teddy was carrying on affairs during their unhappy and sexless marriage. The two women in the novel, Sophy and Anna, are thought to represent different aspects of Wharton.

“Life’s just a perpetual piecing together of broken bits” is a line that jumps out from the novel. Edith Wharton, despite the privileged world she occupied, was still entitled to feel and describe this universal observation.

Not all reviewers were as unhappy as those quoted above, nor the author herself. Here is one such review from London, which is, if not glowing, then certainly quite positive. 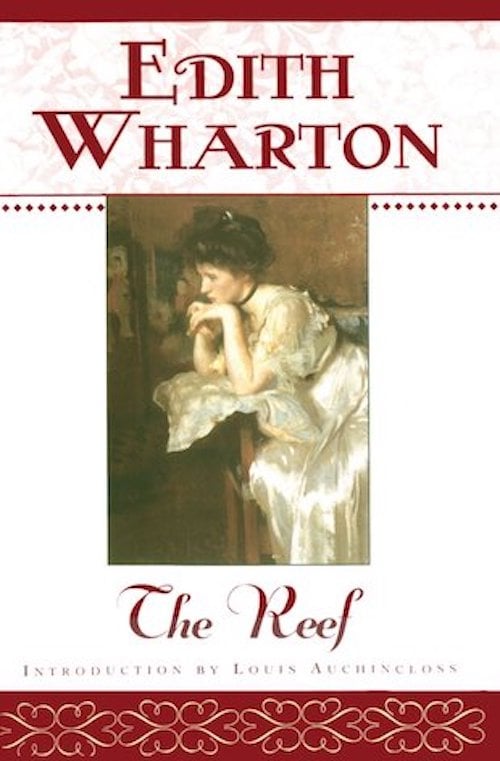 The Reef by Edith Wharton on Amazon*

A 1913 review of The Reef by Edith Wharton

From The Observer-Sun (London), January 1913:  The high standards which Mrs. Wharton has set herself in fiction are not deserted in this moving drama — for drama it is and with no slight tincture of genuine tragic strength and dignity. Its theme is the essential matter of all tragedy — the persistence of consequences after we may have forgotten, or indeed, repented, the act the produced them.

All the characters are American, although the scene lies in France. If there is any check to the appreciation of English readers it will perhaps be found in the excessive self-centeredness of the American woman in who’s mind the emotions of the book find their chief battleground.

There is nothing far-fetched in the circumstances that bring to the shattered young widow, Anna Leath, to the crises of her heart and life. She has mixed emotions about her suitor, George Dunnow, an American diplomat who lives in London, and thus, puts him off when he wishes to come to her.

When the pair finally agree to meet, George embarks on a boat to travel from Dover to Paris. While on board, his attention is caught by a young women Sophy Viner.

Sophy is one of those friendless governesses who aspires to greater things — to be an actress in her case — who haven’t had their brightness yet quenched by constant struggle. She’s just the kind of young woman whose candor and capacity for pleasure would prove attractive to a generous and well-meaning young man.

George takes it upon himself to show Sophy around Paris. Their few days’ companionship develops into a romantic liaison — transient, it’s true, and on the man’s side at any rate, quickly dismissed from the mind.

Some months later we find George a the chateau of Anna Leath, where, to his consternation, Sophy is all-too-coincidentally installed as the governess of Anna’s daughter, his future stepdaughter. Sophy, abashed, begs George not to reveal their erstwhile fling, as she doesn’t wish to lose her position.

Even worse, Sophy is engaged to Anna’s grown stepson Owen — a situation involving  complications sufficiently disturbing even to a professional diplomat.

But George Dunnow’s anxious analysis of his own duty to each of the entangled parties is soon superseded by Anna’s gradual realization of the truth. To a refined nature, the clash between love and repulsion is staggering. Anna never before realized what the great impulses of life were beneath the placid surface of convention.

Everything in Anna’s personal composition — primitive or acquired, passionate  or fastidious — combined to plunge her into a turmoil of bewilderment and pain.

Sophy breaks off with Owen, who departs from Spain. Anna is left to her jealousy and insecurity. Sophy moves to India. It is all rather a mess.

The fluctuations of this agony are delineated with real power. Mrs. Wharton’s wit is riveting, and the mix of strain and fascination is almost theatrical. The climax is weakened by some abruptness and obscurity, but the story as a whole keeps the reader at a high level of interest. 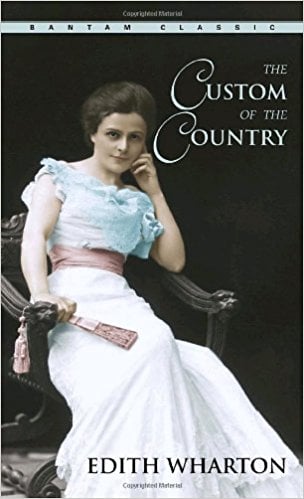 How The Reef begins …

Here is a portion of Chapter 1:

All the way from Charing Cross to Dover the train had hammered the words of the telegram into George Darrow’s ears, ringing every change of irony on its commonplace syllables: rattling them out like a discharge of musketry, letting them, one by one, drip slowly and coldly into his brain, or shaking, tossing, transposing them like the dice in some game of the gods of malice; and now, as he emerged from his compartment at the pier, and stood facing the wind- swept platform and the angry sea beyond, they leapt out at him as if from the crest of the waves, stung and blinded him with a fresh fury of derision.

She had put him off at the very last moment, and for the second time: put him off with all her sweet reasonableness, and for one of her usual “good” reasons–he was certain that this reason, like the other, (the visit of her husband’s uncle’s widow) would be “good”!

But it was that very certainty which chilled him. The fact of her dealing so reasonably with their case shed an ironic light on the idea that there had been any exceptional warmth in the greeting she had given him after their twelve years apart.

They had found each other again, in London, some three months previously, at a dinner at the American Embassy, and when she had caught sight of him her smile had been like a red rose pinned on her widow’s mourning.

He still felt the throb of surprise with which, among the stereotyped faces of the season’s diners, he had come upon her unexpected face, with the dark hair banded above grave eyes; eyes in which he had recognized every little curve and shadow as he would have recognized, after half a life-time, the details of a room he had played in as a child.

And as, in the plumed starred crowd, she had stood out for him, slender, secluded and different, so he had felt, the instant their glances met, that he as sharply detached himself for her. All that and more her smile had said; had said not merely “I remember,” but “I remember just what you remember”; almost, indeed, as though her memory had aided his, her glance flung back on their recaptured moment its morning brightness …

More about The Reef by Edith Wharton