Optimistic Quotes from Pollyanna — and on Being “a Pollyanna” 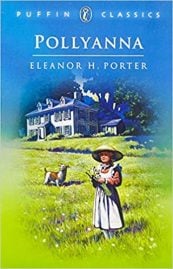 A “Pollyanna,” according to Merriam-Webster’s Dictionary, is “a person characterized by irrepressible optimism and a tendency to find good in everything.” Following is a selection of quotes from Pollyanna — the 1913 novel by Eleanor H. Porter that gave us this enduring term.

You’ll also find some contemporary quotes on what it means to be — or not to be — “a Pollyanna.”

Pollyanna  was first published in the World War I era — hardly the time, it would seem, for a book whose newly orphaned main character was as sunny and optimistic as they come. But somehow, the book struck a nerve and was an immediate hit with children as well as adults.

In a nutshell, Pollyanna is an 11-year-old orphan who comes to live under the care of her dour spinster aunt Polly in a Vermont town. Soon, her “glad game” — finding the good in any situation— wins over the residents of the town and transforms it into a place of hope and joy.

It didn’t take long for Pollyanna to sell a million copies. It was translated into numerous languages and adapted for stage, including a successful Broadway run. A number of film versions have appeared over the years, the best known of which was the 1960 Disney adaptation starring Hayley Mills in the title role.

Pollyanna is replete with literary clichés of the era — the exuberant orphan (think Anne of Green Gables  and Rebecca of Sunnybrook Farm) who wins everyone over; the stern spinster aunt whose heart softens; the downtrodden, kind servants.

The writing is flat, sentimental, and often downright corny. Yet there’s something about Pollyanna’s optimism that’s been irresistible to generations of readers. 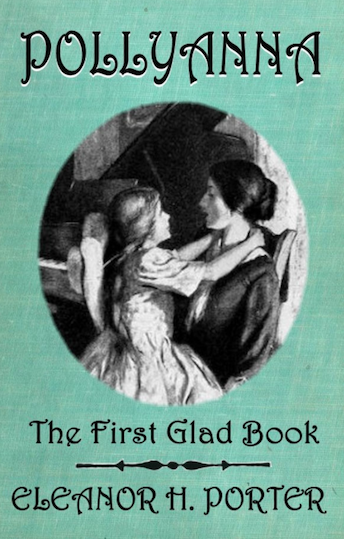 “I know, father-among-the-angels, I’m not playing the game one bit now—not one bit; but I don’t believe even you could find anything to be glad about sleeping all alone ‘way off up here in the dark—like this. If only I was near Nancy or Aunt Polly, or even a Ladies’ Aider, it would be easier!”

“And most generally there is something about everything that you can be glad about, if you keep hunting long enough to find it.”

“She had been too busy wishing things were different to find much time to enjoy things as they were.”

“Oh, but Aunt Polly, Aunt Polly, you haven’t left me any time at all just to —  to live.”
“To live, child! What do you mean? As if you weren’t living all the time!”
“Oh, of course I’d be BREATHING all the time I was doing those things, Aunt Polly, but I wouldn’t be living. You breathe all the time you’re asleep, but you aren’t living. I mean living —doing the things you want to do: playing outdoors, reading (to myself, of course), climbing hills, talking to Mr. Tom in the garden, and Nancy, and finding out all about the houses and the people and everything everywhere all through the perfectly lovely streets I came through yesterday. That’s what I call living, Aunt Polly. Just breathing isn’t living!”

“It’s funny how dogs and cats know the insides of folks better than other folks do, isn’t it?”

“What men and women need is encouragement. Their natural resisting powers should be strengthened, not weakened…. Instead of always harping on a man’s faults, tell him of his virtues. Try to pull him out of his rut of bad habits. Hold up to him his better self, his REAL self that can dare and do and win out!”

“The influence of a beautiful, helpful, hopeful character is contagious, and may revolutionize a whole town…. People radiate what is in their minds and in their hearts. If a man feels kindly and obliging, his neighbors will feel that way, too, before long. But if he scolds and scowls and criticizes—his neighbors will return scowl for scowl, and add interest!… When you look for the bad, expecting it, you will get it. When you know you will find the good—you will get that …” 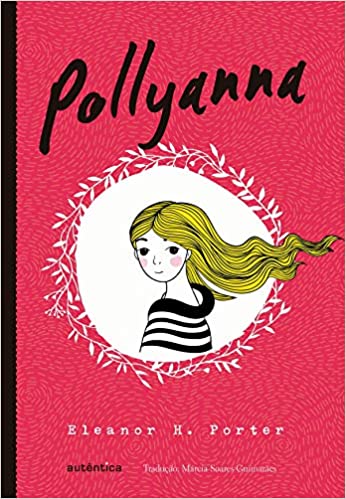 “Oh, but your eyes are so big and dark, and your hair’s all dark, too, and curly,” cooed Pollyanna. “I love black curls. (That’s one of the things I’m going to have when I get to Heaven.) And you’ve got two little red spots in your cheeks. Why, Mrs. Snow, you ARE pretty! I should think you’d know it when you looked at yourself in the glass.”

“Well, you see, since I have been hurt, you’ve called me ‘dear’ lots of times—and you didn’t before. I love to be called ‘dear’—by folks that belong to you, I mean. Some of the Ladies’ Aiders did call me that; and of course that was pretty nice, but not so nice as if they had belonged to me, like you do. Oh, Aunt Polly, I’m so glad you belong to me!” 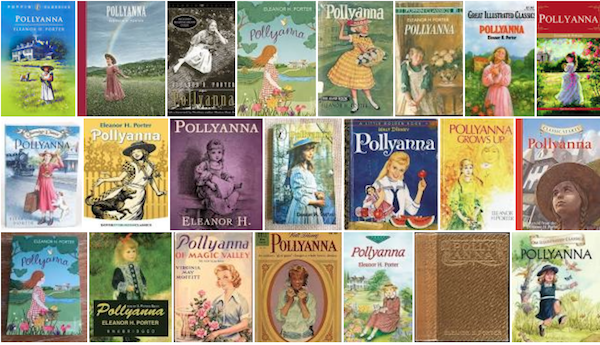 Quotes on being “a Pollyanna”

“I have been accused of being a Pollyanna, but I think there are plenty of people dealing with the darker side of human nature, and if I am going to write about people who are kind and generous and loving and thoughtful, so what?” (Ann Patchett, author)

“Balance in life is the key, as Aristotle taught us. Nobody likes a naive Pollyanna, but neither do we like to be around people who are constantly complaining and finding fault.”  (Mark Skousen, economist)

“My husband and I met on OK Cupid. We went out on our little coffee date, and I knew right away he was my husband. He’s a handsome, smarty-pants architect from Tokyo. On our first date, I said, ‘I wake up like this. I’m Pollyanna Sunshine, and I’m not for everyone’.”  (Geneva Carr, actress)

“Whenever someone calls me a Pollyanna, I consider it to be the highest of compliments. This courageous girl finds a community that has been torn apart with hate, fear, and pain and brings it love, courage and healing. Isn’t that what our world today needs more than anything?”  (Joe Tye, author and inspirational speaker)

“I don’t mean to sound like a Pollyanna, but for me, New York is the ideal because of the diversity here. ‘Billy on the Street’ is really informed by that.” Billy Eichner, comedian

“I don’t find any real rivalries with crime and thriller writers anyway. That might sound a little Pollyanna, but for the most part the writers I compete with, if you want to use that word, it’s a pretty friendly rivalry. I think we all realize that the boat rises and sinks together.”  (Harlan Coben, author)

“In all probability the Human Genome Project will, someday, find that I carry some recessive gene for optimism, because despite all my best efforts I still can’t scrape together even a couple days of hopelessness. Future scientists will call it the Pollyanna Syndrome, and if forced to guess, I’d say that mine has been a way-long case history of chasing rainbows.”  (Chuck Palahniuk, author)

“Millions of Americans would still despair in the eight long years of the Depression that lay ahead and many of their individual dreams would be dashed on the rocks of economic hardship. But collectively, the country was in a new place, with a new confidence that the federal government would actively try to solve problems rather than fiddle or cater to the rich. Hope was no longer for Pollyannas; the cynics about the American system were in retreat.”  (Jonathan Alter, journalist)

“I prefer to see myself as the Janus, the two-faced god who is half Pollyanna and half Cassandra, warning of the future and perhaps living too much in the past — a combination of both.”  (Ray Bradbury, author)

“Be a balanced optimist. Nobody is suggesting that you become an oblivious Pollyanna, pretending that nothing bad can or ever will happen. Doing so can lead to poor decisions and invites people to take advantage of you. Instead, be a rational optimist who takes the good with the bad, in hopes of the good ultimately outweighing the bad, and with the understanding that being pessimistic about everything accomplishes nothing. Prepare for the worst but hope for the best — the former makes you sensible, and the latter makes you an optimist.” (Dale Carnegie, author and motivational speaker) 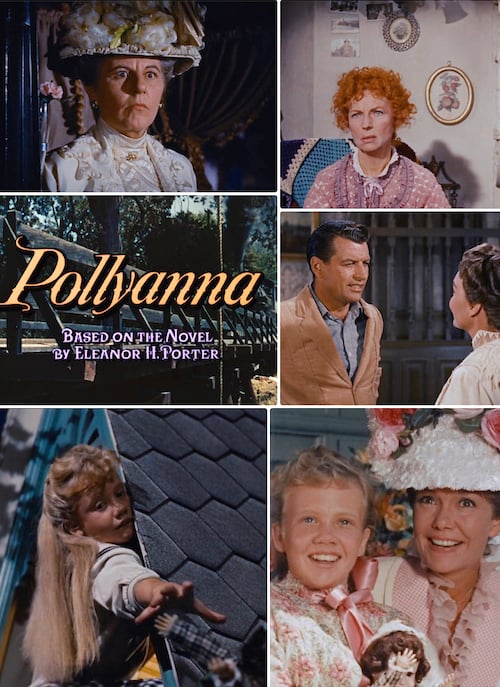