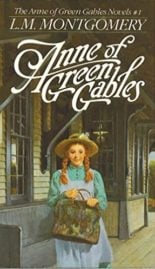 Anne of Green Gables is a 1908 novel by L. M. (Lucy Maud) Montgomery, a beloved Canadian author. It was a smash success from the moment it was published, appealing to readers of all ages and backgrounds.

Anne Shirley is a dreamy, imaginative 11-year-old orphan girl mistakenly sent to middle-aged brother and sister Matthew and Marilla Cuthbert, who meant to adopt a boy to help on their farm.

Set in Prince Edward Island, where the author grew up, the original volume and its sequels follow Anne from her arrival in the fictional town of Avonlea, through school, college, marriage, and motherhood.

A timeless classic, Anne of Green Gables has sold tens of millions of copies and has been translated into dozens of languages. It was been adapted into many films, plays, most recently, a series for television.

“Anne with an E” — an 2017 adaptation for Netflix — was somewhat panned for presenting a somewhat dystopian Anne. It was released at a time when the sunny original was needed more than ever. One of the best adaptions is the 1985 two-part CBC series.

It seems that the world simply can’t get enough of the redheaded heroine, who is the very definition of spunky, yet is endearingly awkward and vulnerable. From the start, the reviews were kind, and Anne helped launch a stellar career for her creator. Following is a review from the time of the book’s original publication.

A 1905 review of Anne of Green Gables

From the original review in the Oregon Daily Journal August, 1908: Anne of Green Gables by L.M. Montgomery is an intensely appealing and sympathetic story of an unusually bright little girl, who grows to young womanhood before the story closes.

The story opens and introduces Anne though a mistake that would be humorous if it had not held such tragic possibilities for the little girl. 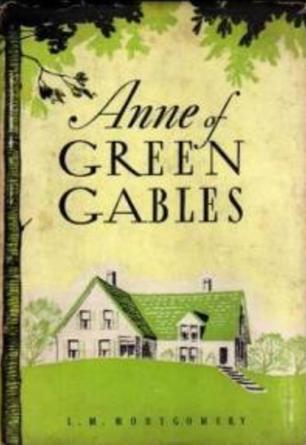 A bachelor and his maiden sister — Matthew and Marilla Cuthbert — decided that they must have some help upon the farm, so commissioned a neighbor to bring them, form the home, a boy would could relieve Matthew of the hard work.

This was done with some fear and trembling and against the advice of overly anxious friends who related all the disaster they had known or read about, that had come to kind families who had adopted children.

When the day came for the boy to arrive the surprise of Matthew cane imagined when he found awaiting him at the depot an 11-year-old girl, small for her age, scrawny, freckled, and with red hair, but with the eyes that were wells of intelligence. The child was a lover of nature, poetic of temperament and clattered about everything like a magpie.

Before they each Green Gables, Matthew’s home, the child had completely won the heart of the old bachelor, but the coming of a girl brought consternation to the less susceptible heart of the sister, who at once determined she must be got rid of, but the very means by which she took to carry out her purposed was her undoing.

Anne Shirley remained at Green Gables and her staying became as bread cast upon the waters. It is a beautiful story of three well-ordered lives, and is fascinating from its very simplicity. Though it runs a strong strain of humor, and quaintly portrays the home life on Prince Edward Island, where its scenes are laid.

The story bears a rather strong resemblance to Rebecca of Sunnybrook Farm, not however, in the very practical character of Rebecca, for Anne was far too romantic to be compared with Mrs. Wiggins’ little heroine.

But we find it in the incidents, experiences, and minor characters. The old maid and old bachelor may be compared to Rebecca’s two maiden aunts, the school experiences are almost identical and both stories end with great similarity, even to the quotation from Browning.

All this, however, does not detract materially from this story, which is perhaps even more desirable reading for young girls, to whom the tale will specially appeal.

More about Anne of Green Gables by L.M. Montgomery