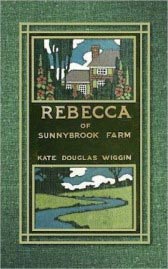 Rebecca of Sunnybrook Farm by Kate Douglas Wiggin, published in 1903, is a classic American tale of an orphan girl coming into her own and finding her way in a world that’s indifferent to her plight.

Rebecca Rowena Randall comes to live with her two aunts in the fictional village of Riverboro, Maine. Rebecca’s spirit tries the patience of the more stern of her aunts but ultimately uplifts and inspires them. She faces many challenges, but along the way, learns from all of them on the road to young adulthood.

Rebecca of Sunnybrook Farm was a great success from the start. It was adapted for the the theater starting in 1910, and was filmed several times. The best-known film adaptation starred Shirley Temple (1938), with a plot rather freely altered from that of the book.

The writer may have done better work than this, but surely she never created a more wholly delightful character than Rebecca. There is nothing unnatural about Rebecca, because once in a while we meet someone entirely original, absolutely different from anyone else, and that is Rebecca. 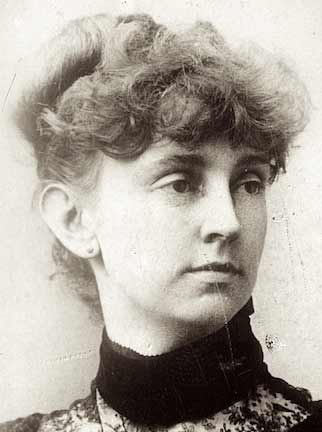 A classic tale of an orphan and spinster aunts

Rebecca is one of a large family in a small New England village, and ever since she can remember there has been a baby to undress at night and dress in the morning.

Her father dies at the opening of the story, and at the outset we find Rebecca starting in the stage — driven by stout Mr. Cobb — for Riverboro, where she is going to live with her mother’s two maiden sisters.

Miss Miranda and Miss Jane are two unique characters in themselves; Miss Miranda is a typical old maid, but Miss Jane is softer, as she had been engaged and her lover was killed in the war.

Into this prim, precise household Rebecca enters like a summer breeze, and from that time on there is “something doing,” to use the slang of the day.

Whether at school, at home, in disgrace, or in high favor, Rebecca is always delightful and highly original. She makes conquests of everyone, from old Mr. Cobb, the stage driver who adores her, to a young man “from the city” who is in the country visiting his aunt.

Rebecca is considerable of a trial to her Aunt Miranda, and truth to tell, her stiff maiden aunt is a sore trial to Rebecca. But in the end it all comes right, and even the cross Miss Miranda falls under Rebecca’s spell, and dying, leaves her the brick house and all it contains within and without.

The book ends just as Rebecca is seventeen, having lost none of her childish charm, and the reader will hope for the sequel, which the writer will undoubtedly give us, telling of Rebecca grown up.

One book like this is an excellent antidote for all the prurient trash with which we are flooded, and everyone who likes a fresh, sweet story will say “thank heaven there is a Kate Douglas Wiggin.” 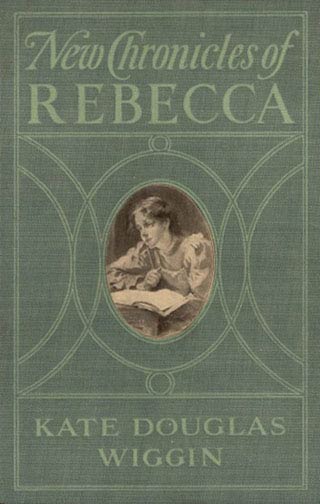 Quotes from Rebecca of Sunnybrook Farm

“Why, mother!” cried Rebecca, clasping her knees with her hands; “why, mother, it’s enough joy just to be here in the world on a day like this; to have the chance of seeing, feeling, doing, becoming! When you were seventeen, mother, wasn’t it good just to be alive? You haven’t forgotten?”

“The girl’s eyes were soft and tender and the heart within her stretched a little and grew; grew in sweetness and intuition and depth of feeling. It had looked into another heart, felt it beat, and heard it sigh; and that is how all hearts grow.”

“Miranda Sawyer had a heart, of course, but she had never used it for any other purpose than the pumping and circulating of blood.”

“He is wrong; my talent is not a great one, but no talent is wholly wasted unless its owner chooses to hide it in a napkin. Remember that of your own gifts, Rebecca; they may not be praised of men, but they may cheer, console, inspire, perhaps, when and where you least expect. The brimming glass that overflows its own rim moistens the earth about it.”

“There are certain narrow, umimaginative, and autocratic old people who seem to call out the most mischievous and sometimes the worst traits in children.”

“Having learned the trick of beating and loving and suffering, the poor faithful heart persisted, although it lived on memories and carried on its sentimental operations mostly in secret.”

More about Rebecca of Sunnybrook Farm by Kate Douglas Wiggin 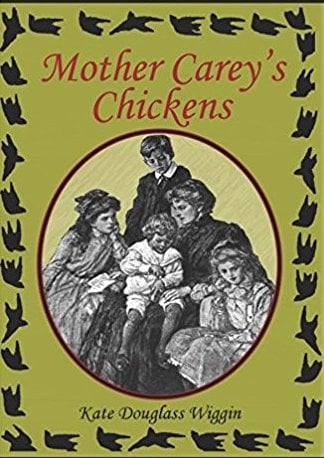