Quotes from Elizabeth Gaskell’s Novels — North and South & Others 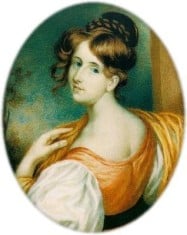 Elizabeth Gaskell (1810 – 1865) incorporated three major social themes for her time including the upheaval of class boundaries, the industrialization of England, and women’s issues in the Victorian era. Following is a selection of quotes from Elizabeth Gaskell’s highly-regarded novels, with special emphasis on North and South.

Mrs. Gaskell, as she was known in the literary world, grew up in England with her aunt who encouraged her reading and writing interests. Her work was first published in Household Words and Blackwood’s magazine, among others once she began to make literary connections with other well-known authors.

North and South, Cranford, Wives and Daughters, and Mary Barton still rank among the finest novels in English literature, even though Mrs. Gaskell doesn’t receive as much attention as do some of her British contemporaries to this day.

“There is always a pleasure in unraveling a mystery, in catching at the gossamer clue which will guide to certainty.”

“No, it’s the poor I tell you, and the poor only, as does such things for the poor. Don’t think to come over me with th’ old tale, that the rich knows nothing of the trials of the poor; I say, if they don’t know, they ought to know. We’re their slaves as long as we can work; we pile up their fortunes with the sweat of our brows, and yet we are to live as separate as if we were in two worlds …”

“Were all men equal to-night, some would get the start by rising an hour earlier to-morrow.”

Hence the beautiful, noble efforts which are from time to time brought to light, as being continuously made by those who have once hung on the cross of agony, in order that others may not suffer as they have done; one of the grandest ends which sorrow can accomplish; the sufferer wrestling with God’s messenger until a blessing is left behind, not for one alone but for generations.”

“I’ll not listen to reason … Reason always means what someone else has got to say.”

“My father was a man, and I know the sex pretty well.”

“The contemplation of it, even at this distance of time, has taken away my breath and my grammar, and unless I subdue my emotion, my spelling will go too.”

“Many a one has been comforted in their sorrow by seeing a good dish come upon the table.”

“Death was as true and as common as poverty; yet people never spoke about that, loud out in the streets.  It was a word not to be mentioned to ears polite.” 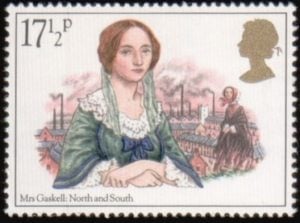 “Similarity of opinion is not always—I think not often—needed for fullness and perfection of love.”

“… Do you think God has put us into the world just to be selfish, and do nothing but see after our own souls? or to help one another with heart and hand, as Christ did to all who wanted help?”

“Her thoughts are full of other things just now; and people have such different ways of showing feeling: some by silence, some by words.”

“The daily life into which people are born, and into which they are absorbed before they are well aware, forms chains which only one in a hundred has moral strength enough to despise, and to break when the right time comes – when an inward necessity for independent individual action arises, which is superior to all outward conventionalities.”

“By degrees they spoke of education , and the book-learning that forms one part of it; and the result was that Ruth determined to get up early all throughout the bright summer mornings, to acquire the knowledge hereafter to be give to her child. 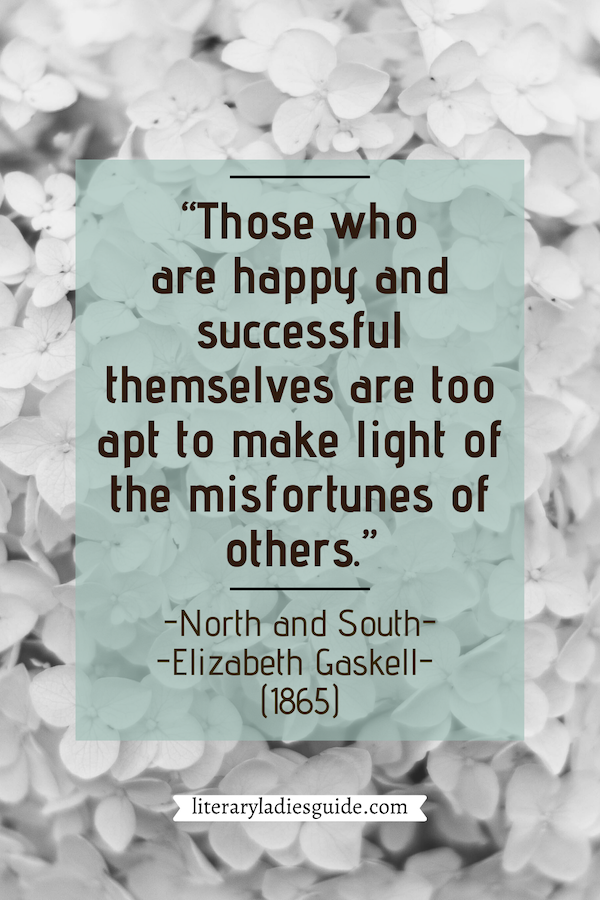 “I know you despise me; allow me to say, it is because you don’t understand me.”

“I do not look on self-indulgent, sensual people as worthy of my hatred; I simply look upon them with contempt for their poorness of character.”

“He shrank from hearing Margaret’s very name mentioned; he, while he blamed her – while he was jealous of her – while he renounced her – he loved her sorely, in spite of himself.”

“As she realized what might have been, she grew to be thankful for what was.”

“I wanted to see the place where Margaret grew to what she is, even at the worst time of all, when I had no hope of ever calling her mine.”

“Those who are happy and successful themselves are too apt to make light of the misfortunes of others.”

“But the cloud never comes from the quarter of the horizon from which we watch for it.”

“Margaret was not a ready lover, but where she loved she loved passionately, and with no small degree of jealousy.”

“He could not forget the touch of her arms around his neck, impatiently felt as it had been at the time; but now the recollection of her clinging defense of him, seemed to thrill him through and through,—to melt away every resolution, all power of self-control, as if it were wax before a fire.”

“Loyalty and obedience to wisdom and justice are fine; but it is still finer to defy arbitrary power, unjustly and cruelly used — not on behalf of ourselves, but on behalf of others more helpless.”

“Thinking has, many a time, made me sad, darling; but doing never did in all my life… My precept is, ‘Do something, my sister, do good if you can; but, at any rate, do something”.”

“A wise parent humors the desire for independent action, so as to become the friend and advisor when his absolute rule shall cease.”

“He knew how she would love. He had not loved her without gaining that instinctive knowledge of what capabilities were in her. Her soul would walk in glorious sunlight if any man was worthy, by his power of loving, to win back her love.”

“But the future must be met, however stern and iron it be.” 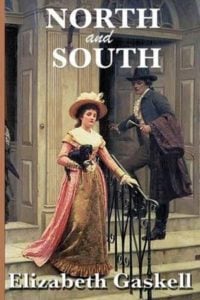 “How easy it is to judge rightly after one sees what evil comes from judging wrongly.”

“People may flatter themselves just as much by thinking that their faults are always present to other people’s minds, as if they believe that the world is always contemplating their individual charms and virtues.”

“It is odd enough to see how the entrance of a person of the opposite sex into an assemblage of either men or women calms down the little discordances and the disturbance of mood.”

“Thinking more of others’ happiness than of her own was very fine; but did it not mean giving up her very individuality, quenching all the warm love, the true desires, that made her herself? Yet in this deadness lay her only comfort; so it seemed.”

“There is nothing like wounded affection for giving poignancy to anger.”