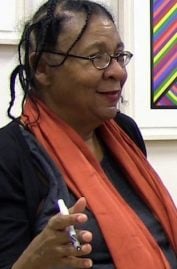 Her legacy of written work (which included forty books) and her contributions to the public discourse on the intersectionality of race, gender, love, feminism, and capitalism is inestimable.

Margaret Atwood, author of The Handmaid’s Tale stated, “Her impact extended far beyond the United States; many women from all over the world owe her a great debt.”

The influential writer and thinker Roxane Gay tweeted, “Oh, my heart, bell hooks. May she rest in power. Her loss is incalculable.”

Since 2004, hooks had served as the Distinguished Professor in Residence at Berea College, a liberal arts institution near Lexington, Kentucky that offers its students free tuition. In 2014, she established the bell hooks Institute at Berea College and three years later, in 2017, she donated her papers to its collection.

“The family is honored that Gloria received numerous awards, honors, and international fame for her works as a poet, author, feminist, professor, cultural critic, and social activist. We are proud to just call her sister, friend, confidante, and influencer,” the family’s statement concluded.

“Poetry sustains life … Of this I am certain. There is no doubt in my mind that the pain of poverty, whether material or emotional lack, can be eased by the power of language. For in that misunderstood childhood of mine, I found that sanctuary of poetry. It restored me, allowed me to come back from the place of roundedness and sadness to a recognition of beauty.”  (from Wounds of Passion: A Writing Life by bell hooks, 1999) 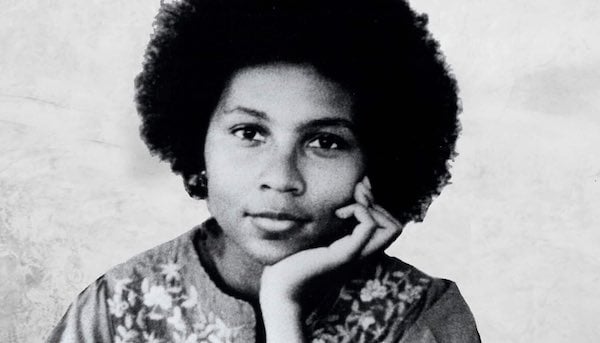 Hopkinsville, Kentucky, where bell hooks was born on September 25, 1952, is a small rural town located in the southwestern corner of the state. Her father was a janitor and postal worker. Her mother worked as a maid for white families, and later as a homemaker.

When hooks was growing up, every aspect of Hopkinsville was segregated. She didn’t attend any non-segregated schools until nearly the end of high school.

hooks learned the intricacies of her Southern town’s racist and sexist structure and how to function within those boundaries from the close-knit African American community of Hopkinsville. From an early age, she knew she had to leave Hopkinsville and considered the liberating possibilities of education as her ticket out of town.

hooks’ family didn’t understand her need for an inner life, which included her compulsion to write in her journal, her passion for words, and obsessive reading. For hooks, writing was a needed relief to shield her from criticism.

“Living as we did — on the edge — we developed a particular way of seeing reality. We looked both from the outside in and from the inside out.” (from Feminist Theory: From Margin to Center by bell hooks, 2000)

In the late 1970s in Northern California, hooks began to write and publish poetry and defined herself as a “cultural worker on the left.”

She began to use the pen name bell hooks. The name was chosen in honor of her maternal great-grandmother, Bell Blair Hooks. The lowercase spelling signified for the reader to pay attention to the substance of the book and not the writer.

Beginning in 1976, hooks began her professorial career teaching Ethnic studies and English Literature at the University of Southern California. hooks had an extraordinary career as a university professor.

After teaching at the University of Southern California, hooks taught at Stanford University, Yale University, Oberlin College in Ohio, and the City College of New York. In 2014 she became the Distinguished Professor in Residence Berea College near Lexington, Kentucky.

“As long as women are using class or race power to dominate other women, feminist sisterhood cannot be fully realized.” (from Feminism is for Everybody by bell hooks, 2000) 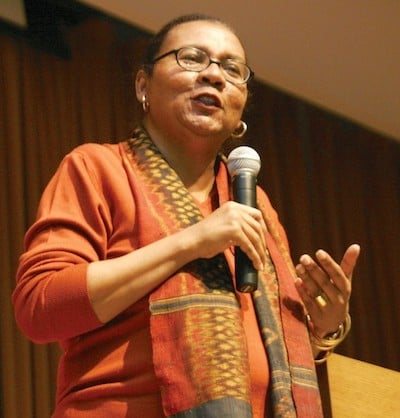 Ain’t I a Woman? Black Women and Feminism

In 1981, the nonfiction book she began during her undergraduate days at Stanford, was completed and published. Ain’t I a Woman? Black Women and Feminism remains a landmark book of progressive ideas that seem commonplace now: the idea of recognizing and reconciling how the historical intersections of race, gender, and feminism are inextricably intertwined and how these factors have inhibited our roles in the present time.

hooks was referring to the reluctance of many Black women to form an alliance with a movement that had been alienated from: the leaders of the early Women’s movement were invariably white, were disinclined to mention Gay and Lesbian Rights, and were dismissive of the experiences of poorer women and women of color.

Ain’t I a Woman? has become a classic: hooks examines the history of slavery in the United States and the continuing dehumanization of Black women. It critiques the revolutionary politics that have risen against white supremacy.

The “oppositional gaze is another of hooks’ most prominent analyses. In 1992 hooks published a collection of essays Black Looks: Race and Representation that critically looked at the significance and hierarchies of power structures by the way human beings simply look at one another.

In the days of American slavery, slaves were mercilessly beaten if their white slave owners thought they had dared to even look at them. The “oppositional gaze” has become one tool to challenge the historic power dynamic between the races. Personal agency and dignity are attained when a Black man or Black woman meet and hold the gaze of their oppressors. 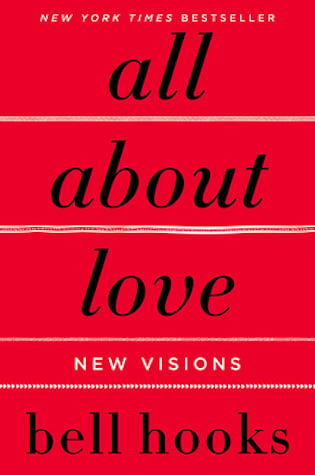 Because I always say to people, you know, the 60’s focus on love had its stupid sentimental dimensions, but then it had these life-transforming dimensions … I tell this to young people, you know, that we can love in a deep and profound way that transforms the political world in which we live in.” (from a 2000 NPR interview)

The comments above are from an interview hooks gave in 2000 on her recently published book, All About Love: New Visions. All About Love has become a classic book on the varying natures of love: ideas on how to reverse our cultural training and become more open to giving and receiving love.

hooks defines the aspects of love: affection, respect, recognition, commitment, trust, care, and open and honest communication. However, the aspects of customary and accepted aspects of love that stem from historic gender stereotypes i.e., domination, control, ego, and aggression, remain in place. Love cannot survive in a power struggle. Love is a verb, not a noun: how we act and carry ourselves through the world is always more lasting, more beautiful and profound, when we recognize that love is the core of ourselves.

All About Love has become another bell hooks classic. It is the book she felt she needed to write — a book to recommend to men when she was asked about love.

The legions of bell hooks readers were invariably saddened to hear of her passing at an age that is considered far too young. bell hooks gave the world an influential and monumental legacy that is timeless, altering the way people view themselves and their place in society for generations.

bell hooks wanted her work to be about healing: she has more than accomplished that goal. It is hooks’ perception of herself that she shared with the Buddhist magazine, Tricycle in 1992 that has become encoded within myself:

bell hooks’ accomplishments are too numerous to list. Here is her filmography; list of awards; and of course, her numerous published books.