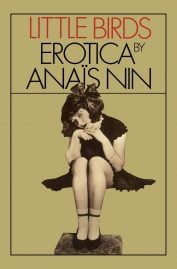 Little Birds was published in 1979, two years after Nin’s death. This collection of thirteen stories, perhaps more accurately termed vignette, cover a range of sexual topics from the female perspective.

Some of the characters from Delta of Venus make an appearance in these pages. The publisher describes the work:

From the beach towns of Normandy to the streets of New Orleans, these thirteen vignettes introduce us to a covetous French painter, a sleepless wanderer of the night, a guitar-playing gypsy, and a host of others who yearn for and dive into the turbulent depths of romantic experience.” 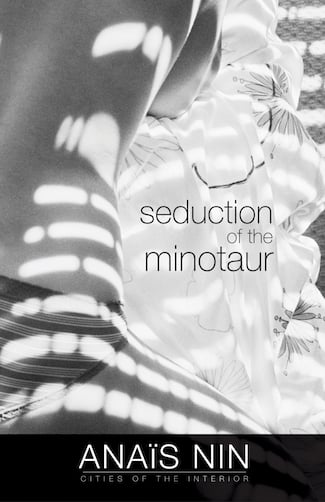 However, it garnered mixed reviews from critics, and one wonders if Nin, despite her comfort with confession, would have fully approved the publication of these stories by her estate. Here is one such typical review from the time the book was published:

A 1979 review of Little Birds by Anaïs Nin

From the original review by James E. Alexander in the Pittsburgh Post-Gazette, June 9, 1979:

When a writer confesses that the stories that she is pouring out are boring and almost without merit, it’s no wonder that a reader is inclined to agree.

When Anaïs Nin wrote the many-volumed The Diary of Anaïs Nin, she reflected on the times of her life (she died in 1977 at the age of 74) and that of many of the writers and poets with whom she associated during those decades.

Since then, ostensibly because of the attraction of the word erotica in the title and the possibility that the author would draw upon her own experiences, two books of her writings have been issued.

The earlier Delta of Venus, with the same attribution of what the book contained and by whom it was written, was published. Now comes this small volume.

“Leave out the poetry and description of anything but sex. Concentrate on sex.”

This was at a time when today’s brand of X movies and X magazines were known only to those who met secretly with others to view stag films or who found sloppily printed matter at inflated prices, not in proper bookstores. 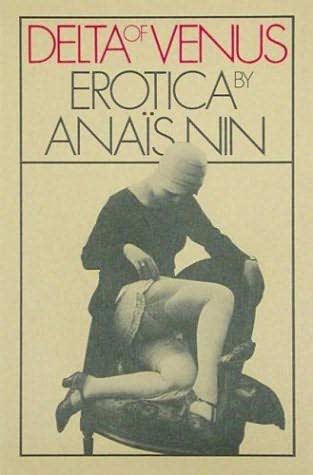 Nin found nothing attractive about the offer — except the cash. She even kicked up her heels a bit by writing:

She said to the benefactor who was paying her one dollar a page:

“You have taught us more than anyone I know how wrong it is not to mix sex with emotion, hunger, desire, lust, whims, caprices, personal ties, deeper relationships that change its color, flavor, rhythms, intensities.”

The result, obviously, is as she states. For instance, in one of the stories, the narrator is listening to an involved tale of a woman whose husband has been unfaithful and has left her. She has picked up a lover and as they are together the husband calls on the phone, begging to return.

She revels in the prolonged phone call as she continues to entertain her new companion. She tells almost the whole adventure to the narrator, but stops short of a conclusion. The narrator finishes this way:

“The sirocco had again blown the door open, and the woman went to close it. The wind was dying now, and this was the last of its violence.

The woman sat down, I thought that she would go on … But she remained silent. After a while I left. The next day when we met at the post office she did not even seem to recognize me.”

Hardly. But much in keeping with the material Nin turned out for a needed pittance. It’s worth just about that. 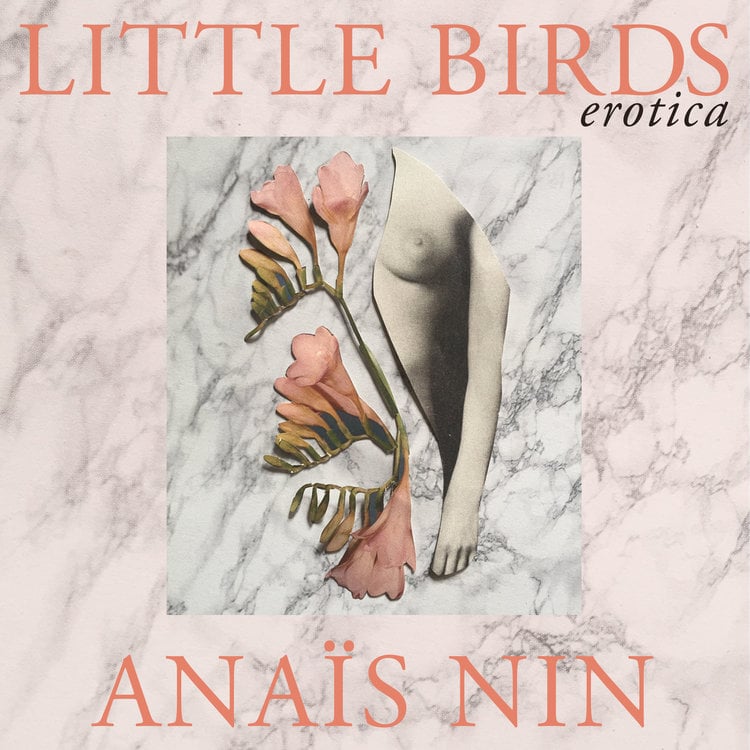