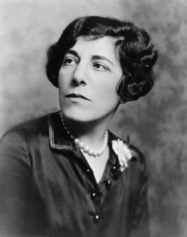 Here are 5 great writing tips from Edna Ferber, timeless pieces of advice for would-be and experienced writers. Edna Ferber (1885-1968) is a name perhaps less known today than some of the others in this group, but she was considered one of the most successful authors of her era—primarily the 1920s through the early 50s.

With their strong female characters, imaginative plots, and colorful locales, most of her novels became not only best sellers but Academy Award-winning movies and Broadway shows. Perhaps her name has been somewhat forgotten, but the sprawling stories she told in Giant, Showboat, Saratoga Trunk, and many others live on.

Take one day at a time

“It is better to think of a novel or any long piece of work as a day to day task to be done, no matter how eagerly you may think ahead (when you’re not actually putting words to paper) to the chapters not yet written. It is a long journey, to be undertaken sometimes with hope and confidence and high spirits; sometimes with despair. If one thinks of it in terms of four hundred—four hundred and fifty—five hundred pages, one can drown in a morass of apprehension.

So one step after another, slowly, painfully, but a step. And so it grows. You have felt or observed in life something that you want terribly to say, and you want to say it more than you want to do anything else in the world.” (A Kind of Magic, 1963) 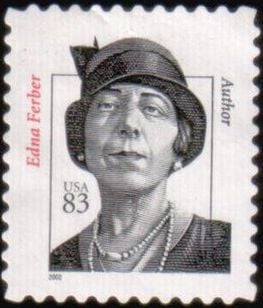 “The born writer goes to her desk daily and remains there throughout certain fixed hours each day. Sometimes ten words manage to get themselves down on paper, sometimes a page or two, sometimes (rarely) five or even more . . .

If after months and sometimes years of research, of notes, of a first rough copy, you being to try to assemble this amorphous body into some semblance of form, begin the actual long process of writing in order and in sequence, it is better (for me, at least) to think of it only in terms of one day; today’s work only. Each day three pages, two pages, even but one on a bad day; and sometimes all of it to be rewritten next day and often rewritten and rewritten.” (A Kind of Magic, 1963)

Don’t try to write better than you can

“There is the danger, always, of trying to write better than you can. The next book, the one you are just beginning to cope with, must be better than the one before it, or before that, you say (but not consciously). It must be more seriously conceived, more entertaining, more adult; fresher, more vital. This naturally brings up a hideous structure known in writers’ psychological language as a block, and as a result you can’t writer anything.” (A Kind of Magic, 1963)

Writing is lonely, but that you’re never alone

“Writing is lonely work but the creative writer is rarely alone. The room in which one works is peopled with the men and women and children of the writer’s imagination … Often they are so much more fascinating to the writer than the living people one actually encounters that to go to a party, a dinner, even to the company of chosen people created by oneself.

It is a pattern of self-immolation familiar to any writer worth reading. The writer does not even remotely look upon this as a hardship. It is a way of life; a necessary an chosen way of life. Witty conversation, purposely dull dialogue, love, murder, marriage, birth, violence, triumph, failure, death—anything can happen in that room.”  (A Kind of Magic, 1963)

Write to please yourself, not the public or the market

“This is certain: I never have written a line except to please myself. I never have written with an eye to what is called the public or the market or the trend or the editor or the reviewer. Good or bad, popular or unpopular, lasting or ephemeral, the words I have put down on paper were the best words I could summon at the time to express the thing I wanted more than anything else to say.” (A Peculiar Treasure, 1939)

See more thoughts from Edna Ferber Dear Literary Ladies: How Can I Stick to a Writing Schedule?