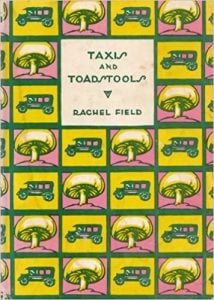 Rachel Field (1894 – 1942) was a National Book Award winning novelist and a Newbery Medal winner. Her plays were produced all over the country, and she was a sought-after writer in Hollywood by the time her life ended abruptly in 1942. But when interviewers asked her which of her writings she liked best, she always said it was her poetry. I have to agree and perhaps you will, too, after sampling these poems by Rachel Field.

It was Rachel Field’s poetry that first caught my interest when I moved into her old summer house on an island in Maine in 1994, partly because so much of her poetry referenced both interior and exterior island scenes that were intimately familiar to me. She lived eight months of the year in New York City, and her urban poetry sparkles with the same genuine delight as her verses about the seaside. Rachel’s reverence for beauty ran deep. END_OF_DOCUMENT_TOKEN_TO_BE_REPLACED 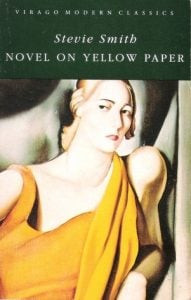 This analysis of Novel on Yellow Paper by Stevie Smith (1936) is excerpted from Amongst Those Left by Francis Booth. Reprinted by permission.

‘This book is the talking voice that runs on, and the thoughts come, the way I said, and the people come too, and come and go, to illustrate the thoughts, to point the moral, to adorn the tale.’

Born Florence Margaret Smith, in Kingston Upon Hull, England,  Stevie Smith (1902 – 1971) is now better known and loved as a poet than as a novelist. All her novels were written relatively early in her life and are all unconventional. Smith was brought up, along with her sister, by her feminist aunt Madge Spear, whom she called ‘The Lion Aunt’ and with whom she lived all her life. END_OF_DOCUMENT_TOKEN_TO_BE_REPLACED

When the Present Clashes with the Past: Reminiscences of Enid Blyton 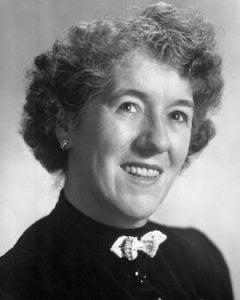 Quite often in life, the innocence and idealism of one’s childhood years are intruded upon by the realities and pragmatism of adult life. But when one is forced to reckon with the labeling of a favorite author of one’s childhood, one will necessarily need to have a dialogue with the past to find a balance with the present. The author in question is Enid Blyton, who was called “a racist, sexist homophobe and not a well-regarded writer,” by the members of the Royal Mint, who in 2019 blocked attempts to give her a commemorative coin.

Recently, the issue resurfaced when the UK-based charity, English Heritage, in the light of the Black Lives Matter movement, decided to update its website with information on Enid Blyton. Their Twitter account stated: END_OF_DOCUMENT_TOKEN_TO_BE_REPLACED

Antonia White, author of Frost in May 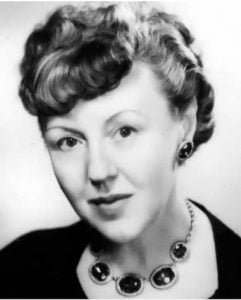 Antonia White (born Eirene Botting, March 31, 1899 – April 10, 1980) was a British author best known for her autobiographical novel Frost in May.  In addition to producing other novels and short stories, she was an accomplished translator from French to English.

Her well-documented struggles with mental health resulted in her being committed to an asylum in her early twenties, an experience that she used as the basis for some of her fiction. Other notable themes in both her life and work were religion, particularly Catholicism, and her difficult relationship with her father and daughters. END_OF_DOCUMENT_TOKEN_TO_BE_REPLACED

An Episode of Sparrows by Rumer Godden (1956) 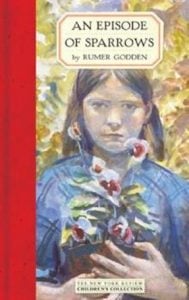 This analysis of Rumer Godden’s 1956 novel, An Episode of Sparrows, features its tenacious young heroine, Lovejoy Mason. Excerpted from Girls in Bloom: Coming of Age in the Mid-20th Century Woman’s Novel  by Francis Booth, reprinted by permission.

Growing up in the colonial era, like the family in Rebecca West’s The Fountain Overflows are the sisters Bea and Harriet in The River, 1946, set in what was then Bengal by Rumer Godden (1907–1998), who herself grew up partly in India. Like many of the girls in these semi-autobiographical novels, Harriet wants to be a writer when she grows up. END_OF_DOCUMENT_TOKEN_TO_BE_REPLACED 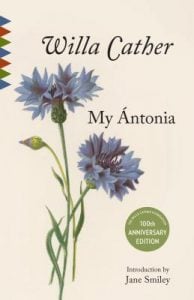 This character analysis of Ántonia Shimerda, the heroine of My Ántonia by Willa Cather (1873-1947) is excerpted from Girls in Bloom: Coming of Age in the Mid-20th Century Woman’s Novel  by Francis Booth, reprinted by permission.

My Ántonia (1918) is the third of Willa Cather’s Midwestern pioneer novels (often referred to as the Prairie Trilogy) of early twentieth century frontier life which, despite their brevity, manage to encompass the epic sweep of the pioneering move to the West, seeming to hark back to an earlier era of rugged individualism.

Despite the title, Ántonia (the Shimerda family have come from Bohemia; all Czech names have the stress on the first syllable, hence the accent over the Á) is not the narrator nor even the central character; she is always slightly off to one side and a little out of focus. END_OF_DOCUMENT_TOKEN_TO_BE_REPLACED 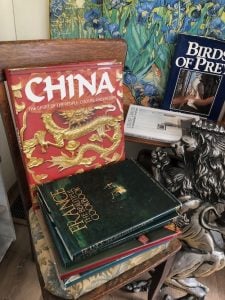 Have you ever heard of a book town or book village? Chances are you haven’t, if you live the U.S.; there are only three of them in all of North America. One of the most charming and accessible book towns is Hobart Book Village in upstate New York. (At right, a stack of books at LionEyes Books, which specializes in art books.)

It just so happens that Hobart, NY (Delaware County), one of North America’s rare book towns, is just a couple of hours from where I live in upstate New York. This book village was started in 2005 by local entrepreneur Don Dales; and while there has been a turnover in shops, the book village concept has been going strong in this hamlet for an impressive number of years.

The book town as a concept has caught on around the world, especially in Europe. It’s pretty much what it sounds like — a gathering of bookshops concentrated in the center of a small town or village. END_OF_DOCUMENT_TOKEN_TO_BE_REPLACED 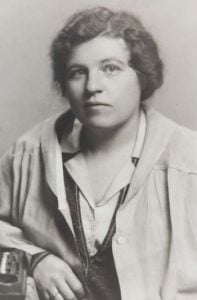 Rachel Field (1894 – 1942) was an astonishingly prolific playwright, poet, children’s writer, novelist, and illustrator. I knew almost nothing about her before I moved into her old house on an island in Maine, but now I know better. Here is a selection of fascinating facts about Rachel Field, a talented and prolific author who deserves to be rediscovered and read. (photo at right, Beineke Library,  Yale)

Due to the tragedies that reverberated from her sudden death and the subsequent hardships of her bereaved family, Rachel’s work and her famous bright spirit faded prematurely from the national literary scene. Fortunately, the first biography of Rachel Field arrived in 2021 to celebrate the woman and her writing. END_OF_DOCUMENT_TOKEN_TO_BE_REPLACED