Margaret Landon, author of Anna and the King of Siam 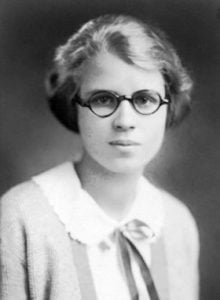 Famed for Anna and the King of Siam (1944), which inspired a variety of adaptations, including the musical “The King and I,” American writer Margaret Landon (September 7, 1903 – December 4, 1993) spent more than a decade studying Siam (now Thailand) and a lifetime writing about it.

Anna and the King of Siam was Margaret Landon’s crowning achievement. It sold over one million copies and has been translated into more than twenty languages. Based on the true story of Anna Leonowens, who served as governess to the King Mongkut, in the 19th century, it introduced Western readers to a world of Asian culture. END_OF_DOCUMENT_TOKEN_TO_BE_REPLACED

An Analysis of The Dispossessed by Ursula Le Guin (1974) 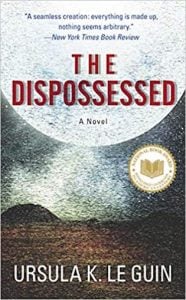 Ursula K. Le Guin is one of the most influential science fiction and fantasy writers of the twentieth century. Her 1974 novel, The Dispossessed, was written as a political tale, with themes that include freedom and the corruption of capitalist societies. It won the Hugo, Nebula, and Locus awards in 1975.

Le Guin uses her novel as a moral principle of anarchism based on political theories and ideas of collective societies to challenge modes of radical thinking. Discussing these philosophies will determine if she was successful in delivering a convincing narrative that overcomes conflicting notions of a perfect society END_OF_DOCUMENT_TOKEN_TO_BE_REPLACED

Murder on the Orient Express by Agatha Christie (1934) 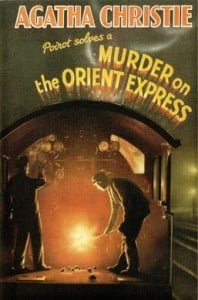 Agatha Christie (1890—1976) was the most widely published and best-selling author of all time. She authored sixty-six crime novels and short story collections, fourteen plays, and six other romance novels. Murder on the Orient Express, an intricate crime fiction novel, is one of Christie’s greatest mystery novels featuring the illustrious Belgian detective Hercule Poirot.

Around the time when Murder on the Orient Express was published, the murder of Charles Lindbergh’s son had yet to be solved. This real-life mystery, coupled with Christie’s first journey on the Orient Express in 1928, inspired the iconic detective story. END_OF_DOCUMENT_TOKEN_TO_BE_REPLACED

Gone With the Wind’s Melanie Wilkes, and the Woman Who Portrayed Her 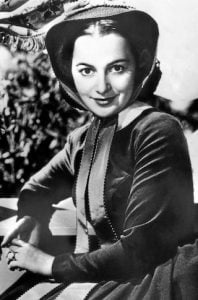 It’s a talented fiction writer who can make you believe that she has written your story. And what if you’ve been named for a fictional heroine because your father loved her character traits? Then, it’s almost an umbilical cordlike connection that stays with you throughout your life. This is how I came to be named Melanie, after the character of Melanie Wilkes from Gone With the Wind.

My father had read the book in engineering college, when I was nowhere in the picture. He tucked the name away in his head for future use. After my birth, as is wont in families, many suggestions for names came up from family members. The name Melanie encountered a bit of resistance, being a Christian name in an Indian home, but my father stood his ground. END_OF_DOCUMENT_TOKEN_TO_BE_REPLACED

Glimpses into the Secret Diaries of Anne Lister (“Gentleman Jack”) 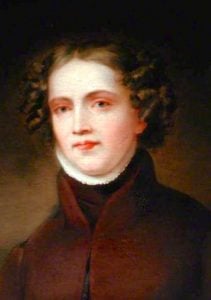 The fascinating and highly transgressive Englishwoman Anne Lister (1791 – 1840) of Shibden Hall in Yorkshire wasn’t a writer of published books, but was a committed diarist with a lot to write about. This introduction to the secret diaries of Anne Lister is excerpted from Killing the Angel: Early Transgressive British Woman Writers by Francis Booth ©2021, reprinted by permission.

Known in her local environs as “Gentleman Jack,” Lister’s enormous journals, only recently published, run to twenty six volumes and four million words – which possibly makes her in terms of word count one of the most prolific of woman writers in this book – but were never meant to be read by anyone.

These diaries, written primarily between 1817 and the mid-1820s, are partly in code to hide Lister’s lesbian sexuality. Once decoded, they are perfectly unambiguous, at least today. END_OF_DOCUMENT_TOKEN_TO_BE_REPLACED 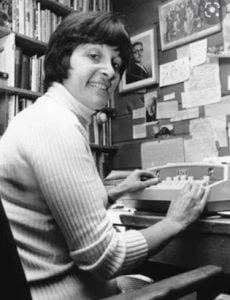 She was born Maxine Winokur in the Germantown neighborhood of Philadelphia, Pennsylvania, to Reform Jewish parents. Her father was the largest pawnbroker in the city of Philadelphia; her mother was a socially ambitious woman who loved dressing for nights at the symphony or the theater and discouraged any mannerisms that might, in her view, make her children appear to be immigrants.

Maxine was directed to list her father’s occupation as “broker,” rather than “pawnbroker,” whenever a form required that information. END_OF_DOCUMENT_TOKEN_TO_BE_REPLACED

Orphans and Boarding Schools: On rereading Daddy-Long-Legs by Jean Webster 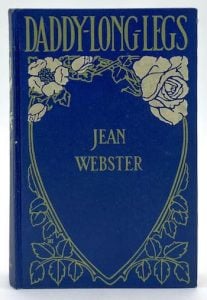 The summer I was twelve, I pulled a well-read and worn book from the shelves of the public library and discovered a story that seemed to be told directly to me. Behind the deceptively dull cover of Daddy-Long-Legs by Jean Webster (1912) were letters and drawings that pulled me hard and fast into Judy Abbott’s life—an orphan at boarding school.

So many of my favorite things were combined in this book: orphans and lonely childhoods, girls succeeding against the odds with their studious natures, boarding school and class events, and perhaps most of all, the burgeoning writer’s sensibility that I also enjoyed in Louise Fitzhugh’s Harriet the Spy (1964).

I borrowed and devoured Jean Webster’s Daddy-Long-Legs  that very afternoon; I’ve revisited it many times. END_OF_DOCUMENT_TOKEN_TO_BE_REPLACED 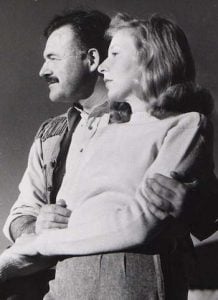 The esteemed war correspondent Martha Gellhorn, Ernest Hemingway’s third wife, famously said, “Why should I be a footnote to somebody else’s life?” She dreaded being remembered mainly for her doomed marriage to the iconic American author. Hemingway and Gellhorn encouraged each other, supported each other, and once they separated, refused to speak of each other.

It all began when one evening, close to Christmas 1936, the young journalist and writer Martha Gellhorn went to a Key West for a drink. She was with her mother, Edna, and younger brother Alfred, taking a break in the winter sun. The bar was Sloppy Joe’s, and there Martha noticed “a large, dirty man in untidy somewhat soiled white shorts and shirt,” sitting in a corner, drinking and reading his mail. END_OF_DOCUMENT_TOKEN_TO_BE_REPLACED