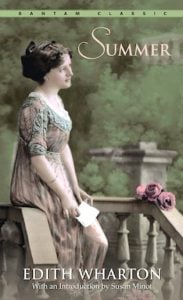 This analysis of Summer by Edith Wharton, a 1917 novella of the coming of age of Charity Royall, a small-town girl, is excerpted from Girls in Bloom: Coming of Age in the Mid-20th Century Woman’s Novel  by Francis Booth, reprinted by permission.

The slim novel was one of Wharton’s personal favorites. She called it the “hot Ethan,” referring to her 1911 novella, Ethan Frome. It’s unclear if she was speaking of the book’s setting in the summer season, Charity’s sexual awakening, or both.

Unusually for Edith Wharton (1862–1937), best known for her novels of patrician Gilded-Age New York like The House of Mirth and The Age of Innocence, this novella is set in a tiny New England town close to ‘the Mountain,’ from which Charity Royall has been brought down as a baby by lawyer Royall, as he is universally known, and his wife, who is dead before the story begins. END_OF_DOCUMENT_TOKEN_TO_BE_REPLACED 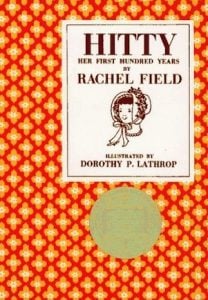 Among the works Rachel Field (1894 – 1942) created for children, the most celebrated and enduring is Hitty: Her First Hundred Years, published in 1929. Written in the voice of a 100-year-old doll telling her life story, it gave Field the distinction of being the first woman to win a Newberry Medal (1930). It also received the acclaimed Lewis Carroll Shelf Award. 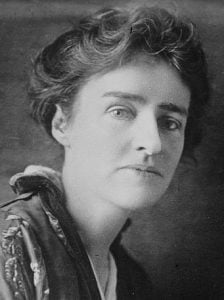 Jean Webster (July 24, 1876 – June 11, 1916) was an American author best known for her enduring girls’ novel, Daddy-Long-Legs (1912), which was successfully dramatized two years after its publication. Her fiction reveals her dedication to social welfare and her characters often triumph over destitution and injustice.

Born Alice Jane Chandler Webster in Fredonia, New York, the name Jean was acquired later, as a young woman. Her parents, Charles Webster and Annie Moffett Webster, were married in 1875; Alice was their firstborn. END_OF_DOCUMENT_TOKEN_TO_BE_REPLACED 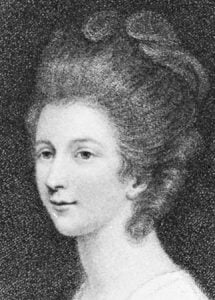 Charlotte Lennox (c. 1730 – 1804), née Barbara Charlotte Ramsay, was an English novelist, playwright, and poet best remembered for her 1752 novel, The Female Quixote. This introduction to her life and work is excerpted from Killing the Angel: Early Transgressive British Woman Writers by Francis Booth ©2021, reprinted by permission.

Charlotte had a peripatetic early life. Born in Gibraltar, the daughter of a Scottish captain in the British Army, she lived her first ten years in England before moving to Albany in New York, where her father was Lieutenant Governor.

After her father’s death in 1742, Charlotte remained in New York with her mother until, at age thirteen, she was sent to London to a companion to her aunt. Her aunt, however, seems to have been mentally unstable, so Charlotte became companion to the unmarried courtier Lady Isabella Finch, cousin of the poet Anne Finch, Countess of Winchilsea. END_OF_DOCUMENT_TOKEN_TO_BE_REPLACED

The Literary Friendship of Poets Anne Sexton and Maxine Kumin 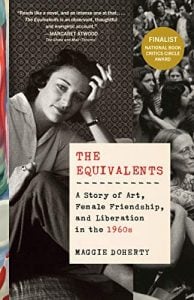 Anne Sexton and Maxine Kumin were significant twentieth-century poets who provided deep friendship and support for one another as they developed and mastered their craft. Literary Ladies Guide has offered fascinating musings and insights into several significant literary friendships between women writers:

But none of these compare in intensity to the literary friendship of Anne Sexton and Maxine Kumin, a relationship brought to life in The Equivalents (2020) by Maggie Doherty, an exploration of the first group of poets and artists to be part of the Institute for Independent Study at Radcliffe College (later the Bunting Institute, and now the Radcliffe Institute for Advanced Study). END_OF_DOCUMENT_TOKEN_TO_BE_REPLACED

How to Create Memorable Characters (with Inspiration from Classic Novels) 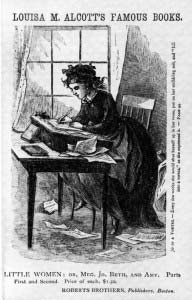 Characters are the lifeblood of your creative writing, and you want them to power your stories to the end. Here you’ll find some actionable tips on how to create memorable characters for your fictional works, with a few case studies of famous literary heroines to guide and inspire you.

While the world you create in your fictional works is important, readers are more likely to remember the characters that populate it. Indeed, a well-developed central character (or characters) will stay with readers long after they’ve turned the final page.

Strong characters are a must if you want people to stay invested in your story! After all, if readers don’t care about the characters themselves, why should they care what those characters do or say? END_OF_DOCUMENT_TOKEN_TO_BE_REPLACED 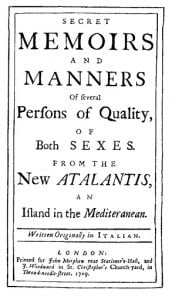 Many women authors have been criticized and even ostracized for their writing but very few have been arrested for it. The New Atalantis by Delarivier Manley (1709) was considered so scandalous that its publisher, printer and author were all arrested for scandalum magnatum.

This introduction to the best-known work by Delarivier Manley (1663 – 1724) is excerpted from Killing the Angel: Early Transgressive British Woman Writers by Francis Booth ©2021, reprinted by permission.

Manley herself considered that it was her gender that most upset the censors; in the follow-up book The Adventures of Rivella, 1714, she says, very much as Aphra Behn had said earlier: END_OF_DOCUMENT_TOKEN_TO_BE_REPLACED 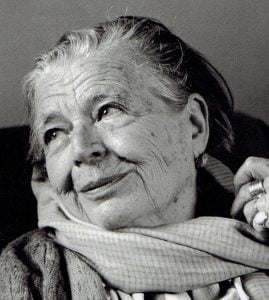 Marguerite Antoinette Jeanne Marie Ghislaine Cleenewerck de Crayencour (June 8, 1903  – December 17, 1987) was a French short story writer, novelist and essayist known as Marguerite Yourcenar. Best known for her novel Memoirs of Hadrian, she was the first woman to be elected to the Académie Française.

From the beginning of World War II, she lived in the United States with her partner, the American professor Grace Frick. She took American citizenship and died in Maine at the age of eighty-four. END_OF_DOCUMENT_TOKEN_TO_BE_REPLACED