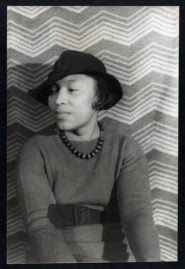 By the time of Zora Neale Hurston’s death, most of her considerable body of work was out of print, rarely read or studied. Here we’ll explore how Alice Walker rediscovered Zora Neale Hurston and revived her literary legacy.

Zora Neale Hurston (1891 – 1960) had a dual career as an anthropologist and author, incorporating regional and cultural realism in her short stories, folklore collections, and novels.

Alice Walker (1944 – ) is an activist, novelist, short story writer, and poet best known for the 1982 novel The Color Purple. Some of her views  and alliances are controversial, yet if there is one good deed she has done, it has been to return Zora to her rightful place in the world of literature.

Works by Alice Walker and Zora Neale Hurston were included in a 1967 anthology of stories. Yet Walker wasn’t very familiar with Zora at the time.

Making her mark in the Harlem Renaissance

Hurston was a major name in the Harlem Renaissance movement of the 1920s. In 1937, what would become her best-known novel, Their Eyes Were Watching God, was published. Though it was controversial in its time, later generations of readers, especially women, would find its message empowering.

Although the Harlem Renaissance embraced and promoted Black artists and writers, bringing fame to many who participated in it, Zora’s reputation had completely declined by the time of her death in 1960.

In search of Zora Neale Hurston

It was a few years after Zora’s death that Walker read Their Eyes Were Watching God, which set her on the path of researching Zora Neale Hurston’s life and work.

Walker admired how Hurston embraced Black culture through her literature. Something the two authors share in their writing style is that Their Eyes Were Watching God (and other works) and The Color Purple both use the Black southern vernacular in their characters’ dialogue.

In the essay “In Search of Zora Neale Hurston” (first published in Ms. magazine in 1975, later titled “Looking for Zora”) Alice Walker explored Hurston’s hometown of Eatonville, Florida, and came to understand that it was immensely influential to her works.

The influence of Eatonville

Hurston’s father was born into slavery; her mother was born to freed slaves. Having lineage branching towards both slavery and freedom is an intriguing background, and perhaps influenced Zora Neale Hurston’s attitude toward the world’s restricting hierarchy.

Growing up in Eatonville, Florida, a small town with such an intentional Afro-American community, might have caused Hurston to experience culture shock once she realized that in the wider world, she was considered a minority, and “less-than.”

Walker discovered that some characters in Hurston’s works were based on the people in her life. One of them was Jody Stark, who was inspired by Joe Clarke, the first mayor of Eatonville, and one of Hurston’s uncles. 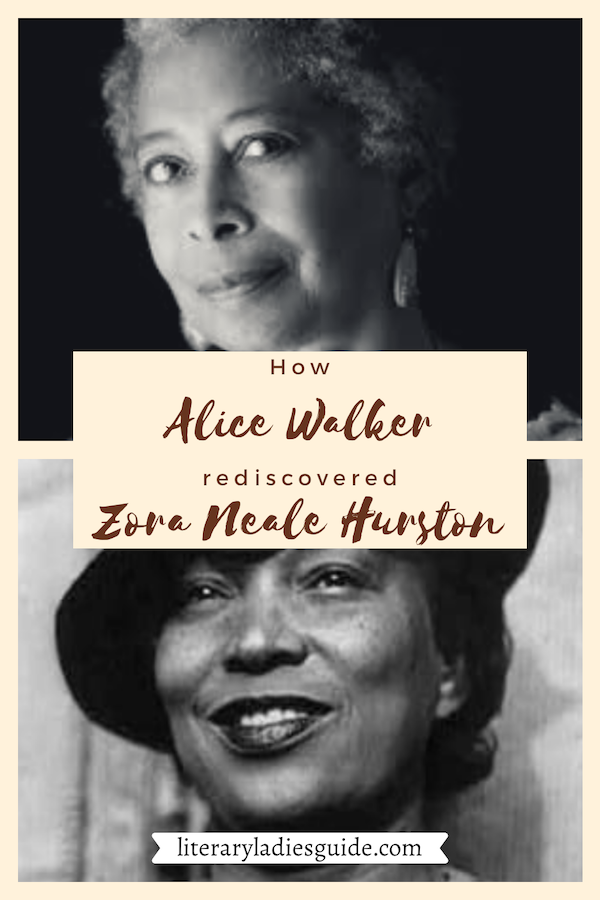 Farther along in her quest, Walker felt drawn to travel to the cemetery where Zora Neale Hurston was buried, the Garden of Heavenly Rest in Fort Pierce, Florida.

Walker wanted to honor the writer who had been such an inspiration, only to discover that Hurston’s unmarked grave had caved in and had been overrun by weeds and snakes. Once Walker was as certain as possible that she’d found the right spot, she purchased a headstone and had it engraved. She observed:

“There are times — and finding Zora’s grave was one of them — when normal responses of grief, horror, and so on, do not make sense because they bear no relation to the depth of emotion that one feels.

It was impossible for me to cry when I saw the field full of weeds where Zora is. Partly this is because I have come to know Zora through her books and she was not a teary person herself; but partly, too, it is because there is a point at which even grief feels absurd.”

In Their Eyes Were Watching God, the main character, Janie Crawford, gains her freedom and gains her power after the death of her most-loved husband, Tea-Cake.

This novel challenges societal patriarchy through one African-American woman’s journey of self-discovery. Walker found these ideals and values in Hurston’s literature worthy of being presented to a new generation of readers.

Hurston’s writings seemed ripe for rediscovery in the 1970s, a time when social movements were re-envisioning the relationship between gender and race, and searching for a feminine identity not defined by a patriarchal society.

Her writings, especially Their Eyes Were Watching God, were controversial in their time, partly due to the use of Black southern vernacular. Some critics felt that this served only to ridicule the Black community and provide a source of entertainment for white readers. But in reality, Hurston was expressing affection for the people she grew up with.

In Walker’s collection of essays, In Search of Our Mothers’ Gardens (1983), she writes as if she is the metaphorical daughter of Hurston and other great African American female writers before her.

Through their struggles of slavery, oppression, and sexually exploitation, they paved the way for authors and poets who came after them. Certainly, many of today’s African American women authors stand on the shoulders of Zora Neale Hurston.

“Zora Neale Hurston: A Genius of the South” — The inscription that Alice Walker provided for the gravestone she erected says it all. 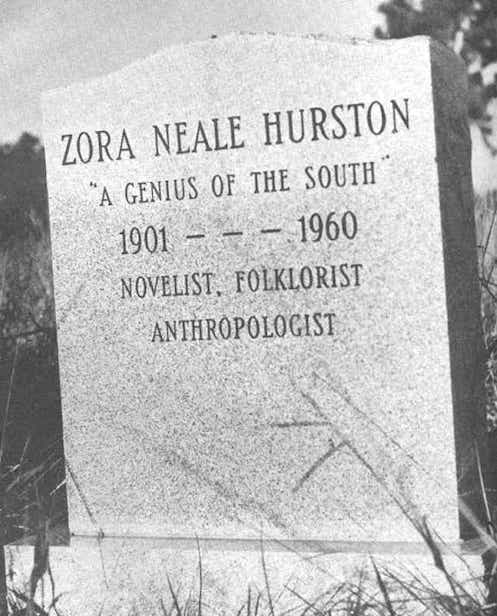 Norma Brickner is a graduate of SUNY-New Paltz, having studied Journalism and Digital Media.