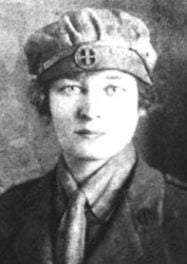 What writers like to do most is to write — ideally in a quiet place, and most often, by themselves. So what motivated these four authors — Edith Wharton, Agatha Christie, Dorothy Canfield Fisher, and Enid Bagnold — to leave their comfortable homes and writing desks, and get involved in war efforts, as nurses and refugee and relief workers?

Each of them, two Brits and two Americans, has a unique story of their involvement in World War I, in Britain and France.  At right, the young Enid Bagnold as a Volunteer Aid Detachment nurse.

Edith Wharton (1862 – 1937) was a wealthy heiress and a product of New York high society, never wanting for anything — except perhaps happiness. She was nonetheless socially conscious and became more of an observer of the upper crust than an adherent to it.

After her divorce from Teddy Wharton in 1913, Wharton moved to France, which was on the brink of entering World War I. Upon the outbreak of the war, she immediately plunged into relief work.

Among her accomplishments were employing skilled 90 women who had been thrown out of work; feeding and housing hundreds of child refugees, establishing hostels for other refugees; and assisting wounded soldiers and struggling families.

She wrote: “There is hardly a form of human misery that has not come our way and wrung our hearts with the longing to do more and give more.”

For all her compassion for war refugees, wounded soldiers, and orphaned children, Edith Wharton wasn’t perfect and made no secret of her antisemitism. It’s hard to square those two sides of her, though it’s apparently true that they coexisted in one talented, energetic, and complicated woman. 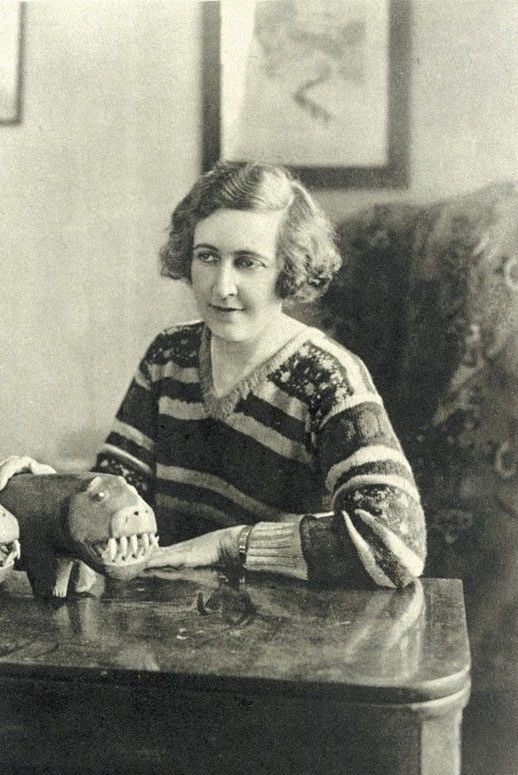 Soon after Agatha Christie (1890 – 1976) married an officer in the the Britain’s Royal Flying Corps, her new husband was deployed. She, too, joined in the efforts in 1914.

While Archie Christie battled German forces, Agatha worked as a volunteer nurse in the VAD (Voluntary Aid Detachment). She clocked in more than 3,000 hours of unpaid work assisting physicians and apothecaries. serving in these capacities until 1918.

Her work encompassed attending operations and amputations. It was grueling work, but she was told by a fellow nurse: “Everything in life one gets used to and if you can last it out, you’ll have no trouble.”

It’s not a stretch to speculate that Agatha Christie’s work with the wounded (both in body and spirit) as a World War I nurse informed some of the emotional detail of physical violence, death and trauma that ran through her mysteries and thrillers.

It’s also interesting to note that her plot lines avoided blood and gore; death was cerebral and sometimes artful. She seemed to prefer “clean” deaths by poisoning. Some of her knowledge of poisons may have come from her training in the apothecary arts.

Agatha Christie didn’t wish to relive her World War I experiences to any great extent. One can speculate that it was a traumatic time, but these were also the years in which she was involved with Archie, whose existence she preferred not to address after their divorce. 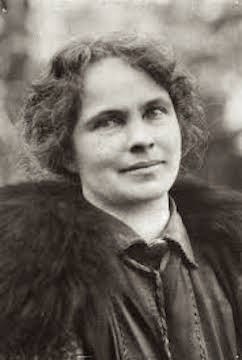 By the time World War I broke out, Vermont-based novelist and educator Dorothy Canfield Fisher (1879 – 1958) had long been affiliated with French issues.

In a 1916 letter to a friend she wrote that she and her husband “have been feeling more and more dissatisfied with what we are doing to help out in the war, and that we have decided to do further.”

Upon the outbreak of World War I, the Fishers embarked for France with their children to participate in relief work. To assist refugee children, she established the Bidart Home for Children, and organized an effort to print books in Braille for blinded combat veterans.

Fisher’s husband served in the American Voluntary Ambulance Corps in France at this time. In February of 1919, Red Cross Magazine described her wartime activities:

“She took a family of refugee children under her charge to the Pyrenees; she helped establish two hospitals for children under the Red Cross, one specially devoted to tuberculous children. Her ardent activities included a home for the children of munition workers near Paris.”

The Fishers returned to the U.S. after the war, and Dorothy Fisher spearheaded the U.S. committee that would lead to the pardoning of conscientious objectors in 1921. She also helped create channels for assistance to Jewish immigrants.

In addition to her literary legacy, for which she’s more respected than famous, Fisher much good with her war relief efforts. However, her legacy has come under scrutiny; some allege that she was involved in Vermont’s eugenics movement. The jury is still out on this one; read more about this controversy. 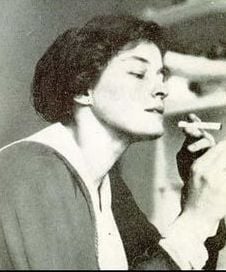 During World War I, Enid Bagnold (1889 – 1981) was a member of the British Women’s Services. She served for about a year and a half in the V.A.D. (Voluntary Aid Detachment) as a nurse’s aide, much her countrywoman, Agatha Christie, did around the same time.

Bagnold’s early books, A Diary Without Dates (1917), a memoir, and The Happy Foreigner (1920), a novel, reflect upon her experiences in The Great War.

Her duties were to attend to the non-medical needs of wounded British soldiers recovering from wounds in the Royal Herbert Hospital, just a few miles southeast of London. Some of the injuries she witnessed were absolutely horrific.

A Diary Without Dates was written almost as a dreamlike prose-poem, portraying the suffering of soldiers, many of whom faced mutilation, wrenching pain, and death. Thus, it became a timeless commentary on the traumas of war.

Her negative commentary on the doctors and nurses she worked with led to her dismissal. She also depicted visitors as voyeurs whose charitable acts served to bolster themselves rather than soothe the suffering troops.

Later, this crusty author would become best known for the 1935 children’s novel National Velvet and the 1955 stage play The Chalk Garden. 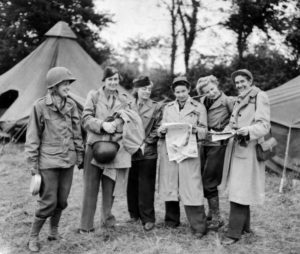