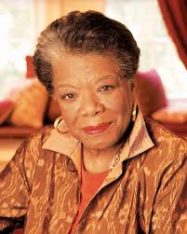 Maya Angelou (1928 – 2014) was an American author, actress, screenwriter, dancer, poet, and civil rights activist. Best known for her 1969 memoir, I Know Why The Caged Bird Sings, this trailblazing woman led a vibrant life filled with accomplishments; these fascinating facts about Maya Angelou are but a small part of her storied life and career.

She’s also credited with writing a list of plays, movies, and television shows spanning more than 50 years. She received dozens of awards and more than thirty honorary doctoral degrees.

Her childhood years were spent mute

Angelou has publicly spoken about the trauma that resulted in her going mute for five years, but there is so much to be discussed about these crucial years. After being sexually assaulted by her mother’s boyfriend at the age of seven, the abuser was only jailed for one day.

After telling her family about the horrific incident, a day after his release he was murdered. Angelou believed this to be her fault for opening her mouth and said “I thought my voice killed him; I killed that man because I told his name. And then I thought I would never speak again because my voice would kill anyone …”

Angelou also credits her brother as one of the people to bring her out of this time of muteness. This episode in her life is recounted in I Know Why The Caged Bird Sings, a book that set records for time spent on nonfiction bestseller lists. 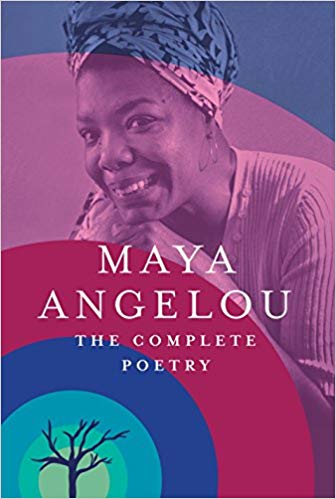 She had an inspiring grandmother

When Angelou was 3 years old, she and her older brother, Bailey Jr., were sent to Stamps, Arkansas to live with her paternal grandmother. Her grandmother, Annie Henderson (whom Angelou referred to as “momma”) was a child of a former slave, and the only Black person in Stamps to own a general store in town.

Her grandmother is also with whom Angelou credits her ability to read; Annie Henderson would bring back books from the local all-white schools, and taught Angelou and her brother how to read.

She was the first Black female streetcar conductor

There doesn’t seem to be a hat she hasn’t worn. When Angelou was in high school, she sought out a job as a streetcar conductor. After initially being denied several times based on the color of her skin, her perseverance won in the end. She became the first Black streetcar conductor, female no less. “I loved the uniforms,” she said.

Angelou’s travels took her far and wide. She spent time in Europe, where she also performed, and, being an attentive listener, picked up local languages. In addition to her original language of English, of course, she learned to speak Spanish, French, Hebrew, Italian, and Fante, a Ghanian dialect of Akan.

She was a three-time Grammy winner

Angelou won three Grammys in her lifetime: the first one was for a poem she wrote and recited at President Bill Clinton’s inauguration in 1993. She was the first Black poet to present at a presidential inauguration. It was called “On The Pulse of Morning” and won the Best Spoken Word award. She continued on to win two more, in 1996 for Best Spoken Word Album, and again in 2003.

Her friend Martin Luther King, Jr. died on her birthday

Angelou had a multitude of prominent friendships over the course of her life, including Malcolm X and Oprah Winfrey. She had a close friendship with Martin Luther King Jr. When Angelou returned to the United States after having spent time living abroad, she was about to help organize a march for Martin Luther King Jr., but on her 40th birthday, April 4th, 1968, he was assassinated.

Only the second poet to recite at a presidential inauguration

Angelou was the first poet since Robert Frost (who recited at JFK’s inauguration in 1963) to recite an original poem at a presidential inauguration. She recited her poem “On The Pulse Of Morning” at President Bill Clinton’s, in January of 1993. The poem begins: A Rock, A River, A Tree … Read the poem in its entirety here.

She received a letter from Tupac’s mother

Angelou agreed to be a part of John Singleton’s iconic 1993 film “Poetic Justice” featuring rapper Tupac Shakur and singer Janet Jackson. The rapper was in the middle of a raging spree, and though she had no idea who he was, Angelou promptly pulled him aside and had a heart-to-heart with the artist.

It’s been said that she moved him to tears with her empowering story about Black individuals in America, and of his importance to the culture. Tupac’s mother, Afeni Shakur, later wrote a letter to Angelou expressing her deepest gratitude towards Angelou for giving advice to her son and teaching him such a valuable lesson. 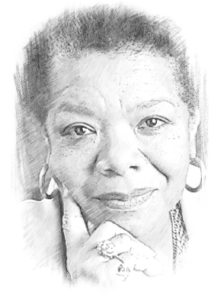 She was a writer of Hallmark greeting cards

Despite the disapproval of her Random House editor, Angelou wrote words for a line of cards, bookends, and pillows for Hallmark. She said “If I’m America’s poet, or one of them, then I want to be in people’s hands … people who would never buy a book.”

If you couldn’t tell by now, Angelou always kept busy. She authored the cookbooks Great Food, All Day Long and Hallelujah! The Welcome Table. She believed that people wouldn’t overeat if they ate what they wanted, when they felt like it … such as “fried rice for breakfast,” she said.