The Professor by Charlotte Brontë: A 19th Century Analysis 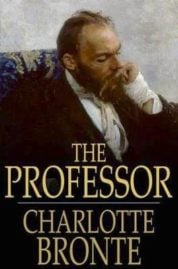 Though Jane Eyre was Charlotte Brontë‘s first published novel, The Professor was actually the first novel she completed. It wasn’t published until 1857, two years after her death, with her literary reputation secured.

The resounding failure of a book of poems she produced with sisters Emily and Anne in 1846 didn’t stop Charlotte from spearheading an effort to find a publisher for the novels that they had been working on.

They continued to use the assumed quasi-masculine names that appeared on their book of poetry, styling themselves Currer (Charlotte), Ellis (Emily), and Acton (Anne), all surnamed Bell.

At first, and for some time, they had no luck. Charlotte described their efforts:

“We each set to work on a prose tale: Ellis Bell produced Wuthering Heights, Acton Bell, Agnes Grey, and Currer Bell also wrote a narrative in one volume [referring to The Professor]. These MSS. were perseveringly obtruded upon various publishers for the space of a year and a half; usually, their fate was an ignominious and abrupt dismissal …”

Many rejections of The Professor

Charlotte Brontë’s manuscript for The Professor made its rounds and was rejected (or ignored) by half a dozen London publishers. With nowhere near the houses as there are today, each disappointment was significant.

Adding to the pain was that her sisters’ novels found a home, while hers didn’t. Yet Charlotte did what any savvy would-be author would. Instead of sitting idly, pining for news, she worked on her next novel.

At last, finally getting some encouragement from Messers Smith and Elder that her next submission might get some honest attention, her next manuscript was at the ready to submit and she dispatched it, post haste. That new manuscript was none other than Jane Eyre.

The publisher must have sensed a winner; the book was hastily brought out just six weeks after acceptance, and became an immediate bestseller. The Professor, meanwhile, continued to languish, and was published posthumously, remaining one of Brontë’s more obscure works.

The Professor was something of a roman à clef, based on Charlotte’s experiences while studying and teaching in Brussels.

The title character was based on Constantin Héger, the headmaster of the school, a married man with children with whom Charlotte had fallen in love. Usually no-nonsense and practical, if not entirely level-headed, she became obsessed with Héger and made something of a fool of herself — though that is a subject for a different post entirely. 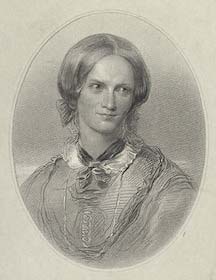 A 19th-century analysis of The Professor by Charlotte Brontë

It is in April 1846 that we discover a first mention of The Professor in a letter from Charlotte Brontë to Messrs. Aylott & Jones, the publishers of the little volume of ‘Poems by Currer, Ellis, and Acton Bell’ which made its modest appearance in that year.

Miss Brontë consults Messrs. Aylott & Co. “on behalf of C., E. and A. Bell” as to how they can best publish three tales already written by them—whether in three connected volumes or separately. The advice given was no doubt prudent and friendly—but it did not help The Professor.

The story went fruitlessly to many publishers. It returned to Charlotte, from one of its later quests, on the very morning of the day on which Mr. Brontë underwent an operation for cataract at Manchester — August 25, 1846. That evening, as we have seen, she began Jane Eyre.

The Professor set the stage for Villette

After the great success of the first two books, she would have liked to publish The Professor. But Mr. Smith and Mr. Williams dissuaded her; and to their dissuasion we owe Villette; for if The Professor had appeared in 1851, Miss Brontë could have made no such further use of her Brussels materials as she did actually put them to in Villette.

The story was finally published after the writer’s death, and when the strong interest excited by Mrs. Gaskell’s Memoir led naturally to a demand for all that could yet be given to the public from the hand of Currer Bell.

There is little to add to the writer’s own animated preface. As she herself points out, the book is by no means the book of a novice. It was written in the author’s thirtieth year, after a long apprenticeship to the art of writing.

Those innumerable tales, poems, and essays, composed in childhood and youth, of which Mrs. Gaskell and Mr. Shorter between them give accounts so suggestive and remarkable, were the natural and right foundation for all that followed.

The Professor shows already a method of composition almost mature, a pronounced manner, and the same power of analysis, within narrower limits, as the other books. What it lacks is color and movement.

Crimsworth as the lonely and struggling teacher, is inevitably less interesting — described, at any rate, by a woman — than Lucy Snowe under the same conditions, and in the same surroundings. His rôle is not particularly manly; and he does not appeal to our pity.

The intimate autobiographical note, which makes the spell of Villette, is absent; we miss the passionate moods and caprices, all the perennial charm of variable woman, which belongs to the later story. There are besides no vicissitudes in the plot. Crimsworth suffers nothing to speak of; he wins his Frances too easily; and the reader’s emotions are left unstirred.

Hunsden is really the critical element in the story. If he were other than he is, The Professor would have stood higher in the scale. For the conception of him is both ambitious and original. But it breaks down.

He puzzles us; and yet he is not mysterious. For that he is not human enough. In the end we find him merely brutal and repellent, and the letter to Crimsworth, which accompanies the gift of the picture, is one of those extravagances which destroy a reader’s sense of illusion.

Great pains have been taken with him; and when he enters he promises much; but he is never truly living for a single page, and half way through the book he has already become a mere bundle of incredibilities.

Let the reader put him beside Mr. Helstone of Shirley, beside even Rochester, not to speak of Dr. John or Monsieur Paul, and so realize the difference between imagination working at ease, in happy and vitalizing strength, and the same faculty toiling unprofitably and half-heartedly with material which it can neither fuse nor master.

On the other hand Frances Henri, the little lace-mender, is a figure touched at every point with grace, feeling and truth. She is an exquisite sketch — a drawing in pale, pure color, all delicate animation and soft life.

She is only inferior to Caroline Helstone because the range of emotion and incident that her story requires is so much narrower than that which Caroline passes through. One feels her thrown away on The Professor.

An ampler stage and a warmer air should have been reserved for her; adventures more subtly invented; and a lover less easily victorious. But the scene in which she makes tea for Crimsworth — so at least one thinks as one reads it—could hardly be surpassed for fresh and tender charm; although when the same material is used again for the last scenes of Villette, it is not hard to see how the flame and impetus of a great book may still heighten and deepen what was already excellent before.

The Professor indeed is grey and featureless compared with any of Charlotte Brontë’s other work. The final impression is that she was working under restraint when writing it, and that her proper gifts were consciously denied full play in it.

In the preface of 1851, she says, as an explanation of the sobriety of the story: “In many a crude effort destroyed almost as soon as composed, I had got over any such taste as I might once have had for ornamented and redundant composition, and come to prefer what was plain and homely.”

In other words, she was putting herself under discipline in The Professor; trying to subdue the poetical impulse; to work as a realist and an observer only.

According to her own account of it, the publishers interfered with this process. They would not have The Professor; and they welcomed Jane Eyre with alacrity. She was therefore thrown back, so to speak, upon her faults; obliged to work in ways more “ornamented” and “redundant;” and thus the promise of realism in her was destroyed. 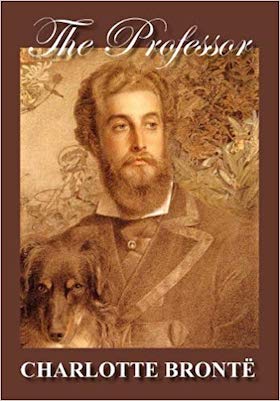 The explanation is one of those which the artist will always supply himself with on occasion. In truth, the method of  The Professor represents a mere temporary reaction — an experiment — in Charlotte Brontë’s literary development.

When she returned to that exuberance of imagination and expression which was her natural utterance, she was not merely writing to please her publishers and the public. Rather it was like Emily’s passionate return to the moorland —

I’ll walk where my own nature would be leading,
It vexes me to choose another guide …

The strong native bent reasserted itself, and with the happiest effects.

But because of what came after, and because the mental history of a great and delightful artist will always appeal to the affectionate curiosity of later generations, The Professor will continue to be read both by those who love Charlotte Brontë, and by those who find pleasure in tracking the processes of literature.

It needs no apology as a separate entity; but from its relation to Villette it gains an interest and importance the world would not otherwise have granted it.

It is the first revelation of a genius which from each added throb of happiness or sorrow, from each short after-year of strenuous living,—per damna, per cœdes—was to gain fresh wealth and steadily advancing power.

More about The Professor by Charlotte Brontë

2 Responses to “The Professor by Charlotte Brontë: A 19th Century Analysis”