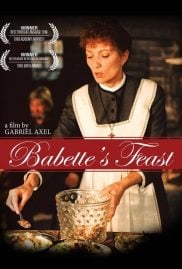 It may be fair to say that the acclaimed 1987 film, Babette’s Feast, is better known than the short story by Danish author Isak Dinesen upon which it’s based. In fact, it’s possible that fans of the movie aren’t aware that it’s based on Dinesen’s story, nor even anything about her.

Isak Dinesen (1885 – 1962) was the nom de plume of this writer, best known for her 1937 memoir Out of Africa, which details her life as the owner of a coffee plantation in colonial Kenya.

Born Karen Christenze Dinesen into a family of aristocrats, merchants, and landed gentry, she was later known after marriage as Karen von Blixen-Finecke. The marriage conferred on her the title of Baroness, but didn’t last. Her ex-husband’s philandering left her with the lifelong effects of syphilis.

Dinesen eventually had to give up the coffee plantation. She was above all else a storyteller, and her first book, Seven Gothic Tales (1934), was published soon after she returned to Denmark from Africa, broke, and alone. This collection of short stories was a surprise hit both in the U.S. and Europe. Short form fiction remained Dinesen’s mainstay throughout her writing career.

“Babette’s Feast” was originally published in the 1958 collection titled Anecdotes of Destiny. The other stories in the book are “The Diver,” “Tempests,” “The Immortal Story,” and “The Ring.” A typical review in the Wisconsin State Journal  summed up the book’s charms, praising Dinesen’s skill in the short story genre:

“In a world where nothing is new, she thinks up new plots. In a world where styles merge and flatten out, hers maintains its unmistakable flavor. In a world where facts rules, she deals with fancy.” Indeed, it takes a consummate storyteller like Dinesen to dream up a tale like “Babette’s Feast.” 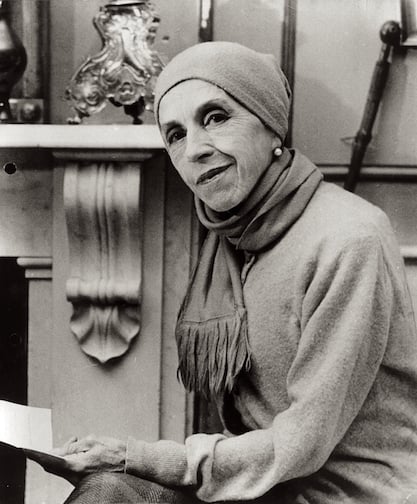 A plot summary of “Babette’s Feast”

The film is extraordinarily true to the story, so this summary applies to both. The story takes place in a tiny, remote fictional town called Berlevaag, which sits at the base of a fjord in Norway. It looks “like a child’s toy-town of little wooden pieces painted gray, yellow, pink, and many other colors.”

Central to the story are two sisters, Martine and Philipa, the daughters of a Dean, the town’s religious leader, who founded a pious ecclesiastic party. At the start of the story we meet the two sisters, already aged, living in the house left to them by their father, and learn that they have “a French maid-of-all-work, Babette,” who “had come to that door twelve years ago as a friendless fugitive, almost mad with grief and fear.”

We then travel back in time to when Martine and Phillipa were extraordinarily beautiful young women, circa 1854. A young army officer named Lorens Loewenhielm had been sent by his angry father to stay with his aunt in Berlevaag, to straighten out his wayward habits and gambling debts.

While there, he spotted Martine in the marketplace and fell in love immediately. For reasons he couldn’t quite understand, he was unable to communicate his feelings to her, and resolved to mend his ways and devote himself to building a stellar military career.

A year later, a great singer from Paris, Achille Papin, happened to be passing through Berlevaag. When he heard Philippa sing in church with the voice of an angel, he offered her father, free of charge, to allow him to give her singing lessons, secretly planning to introduce her to the world of opera in the wider world.

In the course of acting out Mozart’s opera, Don Giovanni, with Philippa, he kissed her. Awakened, perhaps, to a desire she didn’t want to face, she went to her father and told him that she no longer wanted singing lessons. Achille Papin, demoralized and regretful, took the first boat from Berlevaag.

Fifteen years after this incident, on a rainy night in June of 1871, “the mistresses of the house opened the door to a massive, dark, deadly pale woman …” who was, of course, Babette (the Dean had already passed away by this time).

With this strange woman  was a letter written in French, by Philippa’s would-be suitor, Achille Papin, explaining that Babette’s husband and son had been shot in violence of the Civil war taking place in France and she was also in mortal danger. 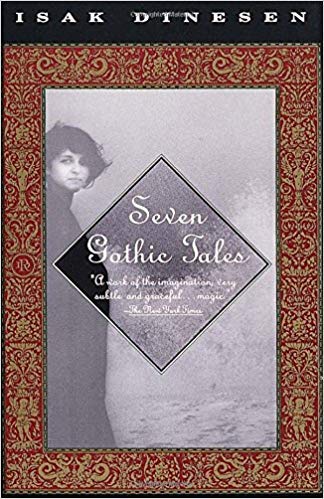 Papin implored them to take her in. The sisters, whose father had since died, lived simply and piously, and told her they couldn’t afford to employ her. Babette insisted that she would work for free, for “If they sent her away she must die.”

Babette, at first bewildered and forlorn, soon settled in and became a trusted figure, not only in the sisters’ little household, but among the townspeople. Twelve years passed in harmony, and Babette rarely referred to her life in France.

One day, though, Babette mentioned that she held a French lottery ticket that a friend had been renewing for her each year, hoping that one day she might win the grand prix of ten thousand francs.

The hundredth centenary of the Dean’s birth was approaching and the sisters wished to do something in honor of their father’s memory and to include the townspeople who had been among his small flock of congregants. Ever fewer in number, aging, cranky, and harboring old grudges amongst themselves, the prospect was daunting:

“The sins of old Brothers and Sisters came, with late piercing repentance like a toothache, and the since of others against them came back with bitter resentment, like a poisoning of the blood.”

As their father’s hundredth birthday grew closer, Babette received a letter from France, the first she’d received in all the time she had lived in Berlevaag. She had won the ten thousand francs from the lottery ticket she had so long held out hope for.

The news spread, and all the townspeople were convinced that Babette would return to France. “Birds will return to their nests and human beings to the country of their birth.”

The entire town lamented what they feared would be Babette’s imminent departure, for they had grown fond of her. The sisters dreaded the prospect most of all and wondered if Babette would at least remain with them through the fifteenth of December, the date of their father’s birthday.

On a September evening, Babette approached the sisters for a favor, imploring them to allow her to cook a dinner to celebrate the Dean’s birthday. The sisters, not having intended to serve more than a plain dinner with coffee, were taken aback. But they relented.

There was just one more detail, though — Babette wished to pay for the dinner out of her lottery winnings. The sisters protested but Babette insisted, saying that in all the twelve years she had served them, she’d never asked for any other favor. And so, consent was given.

In November, Babette embarked on a journey, telling her mistresses that she needed a leave of a week to ten days to make preparations and buy goods for the celebration. In due time, she returned, and shortly thereafter, the goods she had purchased arrived in Berlevaag.

Wheelbarrow-loads of wine began to arrive at the little house, along with an enormous tortoise destined to become soup. There are details in this story that are gross for vegans like myself; there’s one gross-out detail that will disturb non-vegans as well. and in the film version, I had to shield my eyes during some of the food preparation scenes. 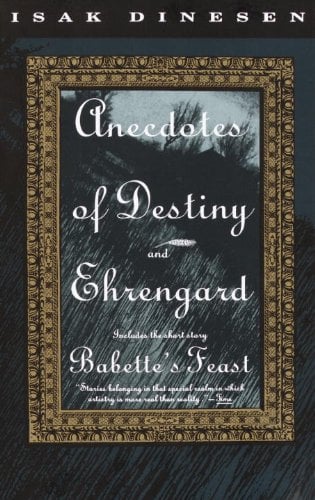 The day of the feast finally arrives, and with it, a steady snowfall. The guests, some dozen of them, began to arrive. Old Mrs. Lowenhielm, now ancient and deaf, was bringing her nephew, he who had so admired Martine, and was now a general and the husband of a lady-in-waiting in Queen Sophia’s court.

The table, covered in linen and laden with polished plates and multiple glasses, greeted the elderly Brothers and Sisters, as they were referred to, who had been followers of the Dean.

A young redheaded lad assisted Babette, bringing forth one course after another of the most exquisitely prepared dishes. Wines were decanted, glasses kept full. The elderly celebrants, who usually spurned anything but the simplest of foods, were largely silent, eating and drinking everything that was put before them, course after abundant course.

But rather than grow heavy, “the convives grew lighter in weight and lighter of heart the more they ate and drank … It was, they realized, when man has not only altogether forgotten but has firmly renounced all ideas of food and drink that he eats and drinks in the right spirit.”

As the evening progressed, old grudges were forgiven, rifts were healed, and “time itself had merged into eternity.” The Dean’s daughters and the townspeople of Berlevaag experienced something that words were inadequate to describe. Babette’s feast was not only an incredible success, but something of a miracle.

And what of Babette? Was she going to return to her native France, as all feared and suspected? To say more would be something of a spoiler, but if you’ve read this far, you may as well know that the answer is no. However, there’s more to it than that, and that’s the miracle of this rich story, which in just over forty pages nearly achieves the depth of a novel. 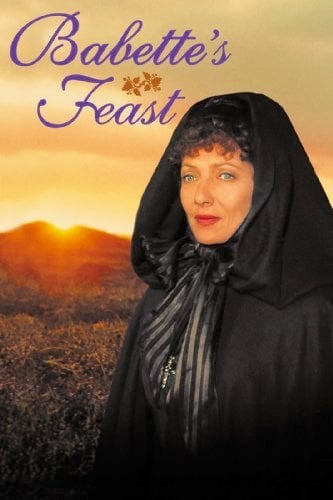 A Feb. 9, 1988 review of Babette’s Feast in the Miami News encapsulated the film:

“The time is the 1870s. Babette comes to the almost comically barren, desolate Jutland, on the coast of Denmark, because her family has been wiped out during the convulsions of the Reign of Terror in France, and she needs a place to hide. The only work she can find is as a housekeeper for two spinster sisters, the leaders of a hardy Puritanical religious sect that pride themselves on their dour outlook.

Years go by, the sect withers away, and finally Babette, like a plant that has long been dormant but suddenly explodes into flowers, prepares a bountiful feast. Her employers — their temperament is so hidebound that you couldn’t call them her friends — gather around, and the film’s centerpiece is a richly comic contrast between the unvarnished sensuality of gastronomy and the hopeless constipation of the innate Puritan.”

I have to admit that, much as I’d heard about the film, I’d not seen it until recently. I watched it just after reading the story, which, for me, was the perfect way to go.

It’s often a disappointment to see a film interpretation after enjoying the original book version, but that wasn’t the case at all. The movie was the written story brought to life, amplifying it beautifully. And after seeing the film, I went back and read the story once again, now picturing the characters and settings more vividly and with greater understanding.

Out of Africa, the film based on Dinesen’s memoir, and starring Meryl Streep and Robert Redford, was an American production that came out in 1985. Babette’s Feast was the first of Isak Dinesen’s books to be produced in Denmark, and the first Danish film to win the Academy Award for Best Foreign Language Film (1987). The cast consisted of Danish, Swedish, and French actors.

The role of Babette was originally offered to renowned French actress Catherine Deneuve, but when she hesitated, the role went to another French actress, Stéphane Audran. The role of the sisters and their erstwhile suitors were performed by actors highly regarded in their native lands, yet virtually unknown to American audiences.

In addition to the Best Foreign Language Film Oscar, Babette’s Feast won major awards in In Denmark, received a Cannes Film Festival special prize, and won several other awards. It’s a quiet, contemplative film that’s perfect for a winter evening. As mentioned earlier, pairing it with a reading of the story, either before or after, makes for a wonderful book-to-film (or film-to-book) experience. 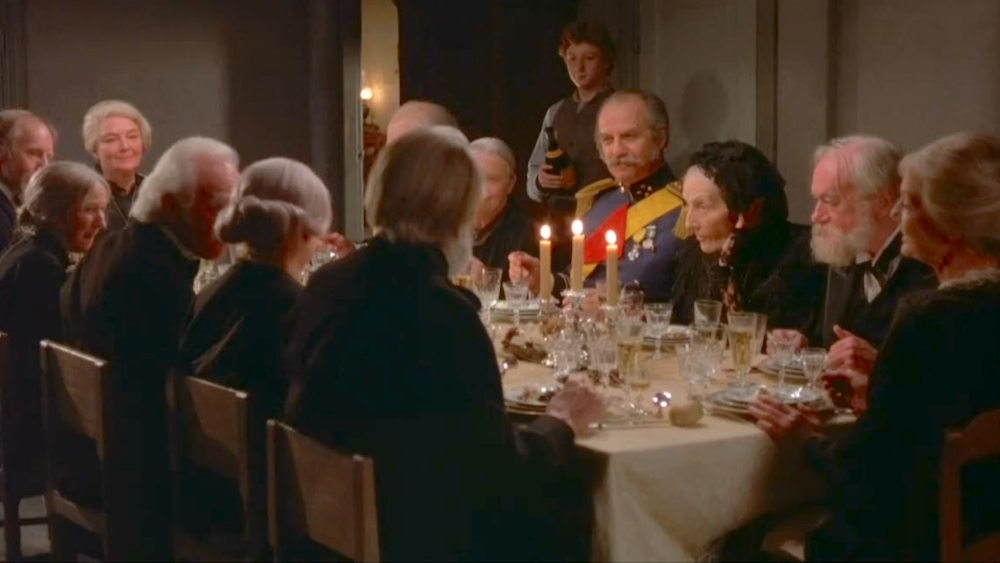