Two Under the Indian Sun: A Memoir by Jon and Rumer Godden 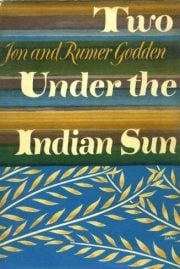 It’s not often that you find two sisters collaborating on a joint memoir, as is the case with Two Under the Indian Sun (1966). That Jon and Rumer Godden did so after becoming successful authors in their own right is all the more interesting.

Among Rumer’s successes were her bestselling novels Black Narcissus and The River, as well as her memoirs, A Time to Dance, No Time to Weep and A House with Four Rooms. Jon’s works include The Bird Escaped, The House by the Sea, and A Winter’s Tale. The two sisters also collaborated on other highly acclaimed works like Shiva’s Pigeon and Indian Dust.

What is remarkable about this memoir is that though it was published in adulthood, the Godden sisters are able to pick up the sheer joy of being two little girls, growing up in India, in a small place called Narayangunj, in undivided Bengal/India, where their father is employed in a shipping company.

The tone of immediacy is so striking that one can almost believe that these two sisters are still children, with their lives still ahead of them, where they could become authors or whatever else that they chose to be.

A happy childhood in India

For a few years, the sisters had been sent away to England to school there and to be brought up “properly.” This memoir explores the happiness of their return to India, in contrast to their dull and austere time with their very British Quaker aunts, in England.

The Foreword by the Indian author, Paro Anand describes this memoir “as purely an experiential story of little girls who revel in the colour, flavour and chaos that was and still is India.” This memoir is all about the freedom and warmth of their Indian years, where they can just be children, enjoying the moment and free of any great responsibility:

“Then everything was clear, each thing was only itself: joy was joy, hope was hope, fear and sorrow were fear and sorrow; pain was simply pain; they had not yet trespassed into one another, not merged. Afterwards, life inevitably thickened, became hazed and alloyed, but then it was clear.” 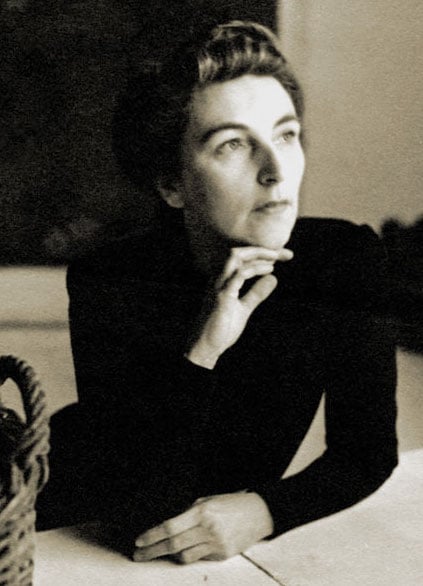 Some of the interesting aspects of this book are that the authors refer to one or the other’s name throughout so much so that one wonders whether the narrator is a third person, until you chance upon the “we,” when it dawns on the reader that Jon and Rumer are speaking of themselves.

As you read on, you probably figure out that the dominant voice is that of the reticent Rumer, with an unquestioning admiration for her older sibling, Jon, who is fearless and is able to call a spade a spade. One such instance is when the family dog is shot because of a broken leg and Jon is bold enough to tell her father, “It wasn’t better this way. If you broke your leg, wouldn’t you bear the pain to live? Would you want to be shot?”

As the memoir unfolds, it becomes clear that the sisters are a contrast with Jon being admired by her siblings for her ability to say things that the others dared not, while Rumer is self-effacing. Yet, the joint effort of two sets of memories and perhaps notes are so well-meshed that they almost seem like one voice. 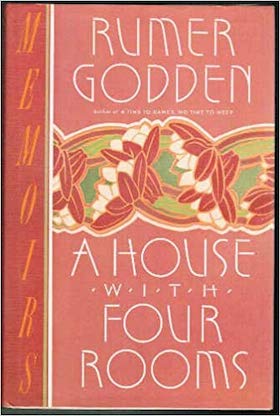 The India of then, perhaps more than now, was riddled with differences of caste, class and hierarchies. But the Godden duo write of them matter-of-factly, with the innocence and lack of judgement of children, as when they speak of the lusciously beautiful Laforte children, who being Anglo-Indian, enjoyed secondary status:

“We were not allowed to play with them. They were Anglo-Indian; there was a danger of the accent and, too, Fa and Mam had to think of the opinion of Fa’s office babus and colleagues… (but paradoxically) we were quite sure that the Lafortes were infinitely superior.”

The sisters seem to share similar feelings about some of their domestic help, like the gatekeeper, Guru, who humours them and whom they view as their friend, bodyguard and mentor. In the Preface, Jon and Rumer say:

“We only know we have tried to tell the truth about ourselves as we thought we were, and about other people, perhaps not as they really were, but as we remember them or think we do. Our own and other people’s errors or memory will not matter if we have succeeded in evoking, if not the reality, the significance.”

There is no doubt that the sisters have done a marvelous job of capturing the sights and sounds around them, while picking up the human emotions of a time gone by, which is now only a part of their memories. It is the ability to achieve clarity with the pure innocence of childhood that sets this book apart and is a must read.

Written from the viewpoint of two young girls, one must but end with their own quote:

“Children in India are greatly loved and indulged and we never felt that we were foreigners, not India’s own; we felt at home, safely held in her large warm embrace, content as we were never to be content in our own country.”

Contributed by Melanie P. Kumar, a  Bangalore, India-based independent writer who has always been fascinated with the magic of words. Links to some of her pieces can be found at gonewiththewindwithmelanie.wordpress.com. 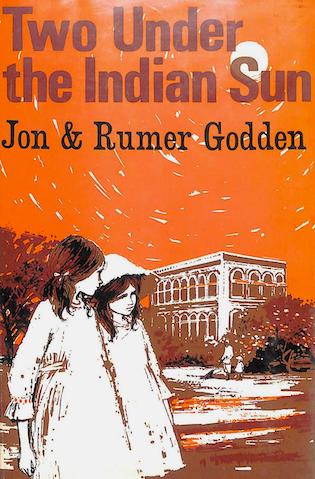 More about Two Under the Indian Sun