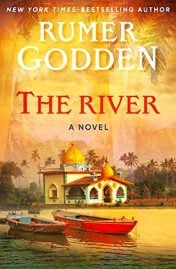 The River by Rumer Godden, a 1946 novel, is a coming-of-age tale based on the author’s experiences growing up in the colonized Bengal region of India, now part of Bangladesh.

Like so many of Godden’s novels, this one has a cinematic flavor, and indeed, is one of the nine books by this prolific author to be adapted to film. In the late 1940s, Godden collaborated on the script for the film version of The River. It was directed by Jean Renoir and released in 1951.

Plot synopsis of The River by Rumer Godden

“Facing harsh adult realities, a young English girl in India must leave childhood behind, in this masterful tale from a New York Times–bestselling author. The Ganges River runs through young Harriet’s world.

The eleven-year-old daughter of the British owner of a successful jute concern, she loves her life in Bengal, India, on the river’s edge, so far removed from the English boarding school she attended before the outbreak of hostilities in Europe.

Often left alone by an overworked father and preoccupied mother, Harriet is enchanted by the local festivals, colors, and vibrant life surrounding her. Now, as she stands on the brink of adulthood—too old to play childish games with her reckless little brother, Bogey, yet too young to be touched by such grown-up concerns as the faraway Second World War—a stranger’s unexpected arrival will rock her world.

When Captain John, a handsome soldier returning wounded from the battlefield, becomes her family’s new neighbor, Harriet is instantly entranced, beset by a rush of unfamiliar emotions: longing, jealousy, infatuation. But the inevitable change inherent in growing older may be too heavy a burden for a young girl to bear when it carries with it disappointment and heartbreaking loss.

Inspired by the author’s personal experiences as a child raised in India—and the basis for the acclaimed classic motion picture of the same name from French film director Jean Renoir—Rumer Godden’s The River is a lovely, moving portrayal of childhood’s end. Evocative, heartfelt, and bittersweet, it is a coming-of-age story without equal from a major twentieth-century novelist.” 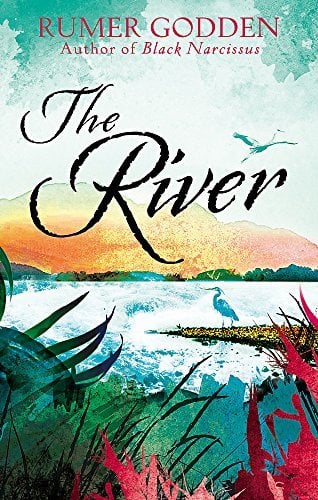 From the original review by Christine Boble Govan in the Chattanooga Daily Times, October 27, 1946: When I think of Rumer Godden’s style I think of jade and moonstones and smooth, polished natural wood. There is a clarity and a finish about it that is rare, and yet what she writes is always so skin to the earth and its miracles that it must inevitably be thought of in terms of the natural.

The river has become a symbol to mankind. Time and the river, the river of life-the constant flow and movement of a thing which remains the same in form-is bound to become a symbol. It is a thing upon which so much of man’s fortune depends, a thing on which he has so often placed his dreams.

“Harriet’s river was a great, slowly moving, mile-wide river between banks of mud and white sand, with fields flat to the horizon, just fields and rice fields under a weight of blue sky.The river emptied itself, through the delta, into the Bay of Bengal, its final sea.”

The story of Harriet’s growing up by the river might, as Miss Godden points out, have taken place anywhere with a slight change of scenery. As it is, her story is full of the flavor of India brushed in so that in the book it is what it was in Harriet’s life, an integral, unobtrusive but part.

A little girl grows up when she becomes aware of pain and human cruelty, of birth and death, and of that ephemeral bliss which is a part of being aware.

She grows up quietly like a flower, but within her are the mystery, the beauty, the promise, and the vulnerability of a fragile plant. Rumer Godden, with her impeccable style and her ability to create feeling quietly and profoundly, has given us this intimate and tender story of one little girl’s growing. 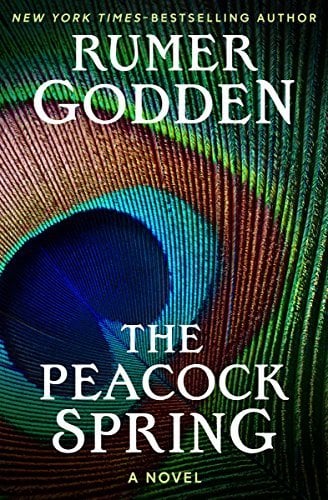 More about The River by Rumer Godden