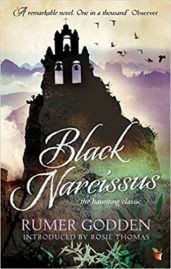 Rumer Godden (1907 – 1998) was a novelist and memoirist born in England and raised mainly in India at the height of colonial rule. It was her own life that inspired the colorful, dramatic stories she wrote.

Though no longer as widely read as she was during her lifetime, Godden’s works are still very much admired. She was an acclaimed bestselling mid-twentieth century author, nine of whose books were adapted to major films.

Her first novel, Black Narcissus, was published in 1939 to critical acclaim, and like most all the major novels that came after, was a bestseller. The story is set in a cloister high in the Himalayas. A group of nuns in a convent in northern India is the backdrop for a story of cultural conflict and obsessive love.

“… All too soon, the isolation, the ghosts and lurid history, and the literally breathtaking beauty of this high, lonely place in the Asian mountains begin to take a serious toll on Sister Clodagh and her fellow nuns. And their burdens may prove too heavy to bear, exposing a vulnerable humanity that threatens to undermine the best intentions of the purest hearts.

The basis for the Golden Globe and Academy Award–winning motion picture starring Deborah Kerr, Black Narcissus has been universally praised for its poignancy, passion, and rich evocation of a time and place.

An intensely human story of devotion, faith, and madness, this beloved novel by the bestselling author of In This House of Brede stands among the finest fiction written in the twentieth century.”

Black Narcissus set the stage for a succession of novels that are defined by vivid settings and realistic characters in masterful storytelling that was sometimes described by contemporary reviewers as “deceptively simple” and “subtle magic.” Following is one such review from 1939, the year the novel was first released. 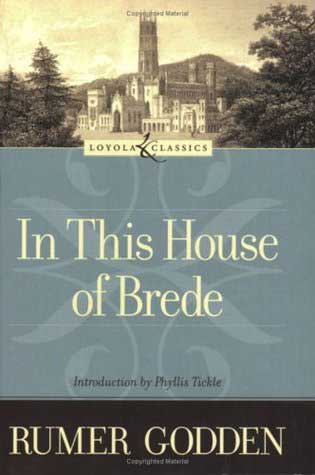 A 1939 review of Black Narcissus

From the review of Black Narcissus by Rumer Godden in John Selby’ s Literary Guidepost column, July 1939: The temptation so attempt to read Rumer Godden’s “character” from her Black Narcissus is almost overpowering by the time one has finished this strange and delightful novel.

The author is far and away more interesting than anything in the book —which is saying much, for the book is an extraordinary job.

It is, to put it bleakly, the story of what happened when a group of Anglican sisters went into the mountains near Darjeeling to establish a school and hospital in a “palace” built and rather shockingly used by the former ruler of the state, now happily dead and succeeded by a son of quite different tendencies.

The sisters had been preceded by a set of Brothers of the same general style, and these had failed. In almost no time at all no traces of the Brothers were left; the sisters seemed tougher. 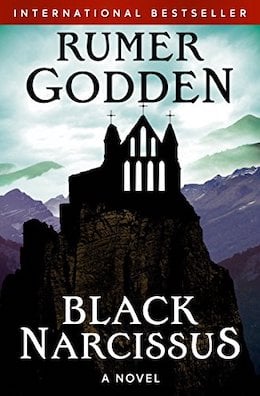 But the story is not in the framework, but in the implications. One might almost say it is in the prose style of the author, so well does this fit her material. This style is, but the way, only a little removed from preciousness. It is oily, rather self-conscious, yet strong.

Godden makes you wonder just who Codagh, the Sister Superior, was. She tells a lot, but never quite all. Similarly, you find yourself baffled by the current ruler of the State — he is always suggesting something that is not quite realized. His agent does not give himself away, and even the servants have the reserve in Mrs. Godden’s book that they might have in life.

The one thing this reviewer did not like about Black Narcissus is its self-content. It is not easy to say just what this means — there is, however, a quality of the book which seems to say that it is about people because it must be; but that the author really likes books better than she likes people. Likes books for their own sakes, as a miser likes gold. 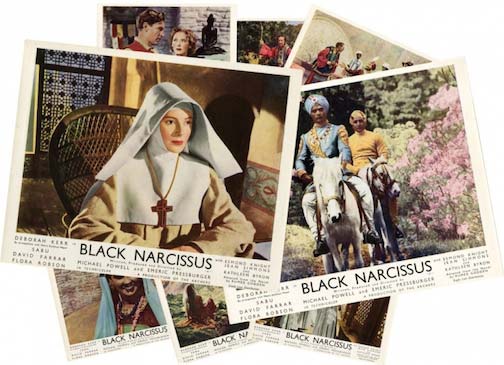 “You have to be very strong to live close to God or a mountain, or you’ll turn a little mad.”

“ … She looked up and saw that the Himalayas were showing in their full range, and were colored in ash and orange and precious Chinese pink, deeper in the east, paler in the west. The people called it ‘the flowering of the snows.”

“I don’t expect you to understand me any more than I can understand you; but I respect you and that’s the difference between us.”

“He had always disliked what he could easily have; he had a passion for the untouched.”

“Sometimes it seemed to him that the house had a bad wild life of its own; the impression of its evil lingered, in its name, in its atmosphere…”