Lolly Willowes; or The Loving Huntsman by Sylvia Townsend Warner 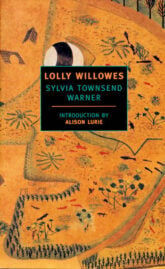 Considered comedy of manners, this novel is steeped in social satire. This collection of reviews was gathered in High Collars & Monocles: 1920s Novels by British Female Couples by Francis Booth, © 2020. Reprinted by Permission.

Following is a synopsis and two reviews from 1926, when the book was originally published. A more recent look back at Lolly Willows in the Guardian lauds it as a social satire and “an elegantly enchanting tale that transcends its era.”

The Scotsman, February  18, 1926, provided a synopsis in its coverage of Lolly Willowes, or The Loving Huntsman by Sylvia Townsend Warner (London: Chatto & Windus)

There is a piquant charm in this quiet chronicle of the life of an old spinster who makes a compact with the Devil, throws her relations to the winds, and asserts her right to stay out all night in the hills.

If it be objected that the patient Aunt Lolly whose submissive girlhood, submissive sisterhood, and submissive aunthood are so delicately and with fine persistence pictured by the writer could never develop into such a “monstrosity” as a witch, then the objector is referred to the exquisite old lady herself, who, it is certain, will charm doubt into conviction.

It’s to escape all that – to have a life of one’s own, not an existence doled out to you by others, charitable refuse of their thoughts, so many ounces of stale bread of life a day, the workhouse dietary so scientifically calculated to support life.”

Thus is it. Aunt Lolly at last satisfies her inmost cravings to be herself: and may all overweening nieces and nephews, brothers and sisters-in-law, take warning from this tale of an old spinster who turns. The writer, who has already made herself known by an appealing book of verse, must be congratulated for the delicious fancy and charming irony of the present prose study. It is a book to be read again with increased pleasure.

From the Times Literary Supplement (London), February 4, 1926: Miss Sylvia Townsend Warner gives us in Lolly Willowes not only a first novel of remarkable accomplishment but an object-lesson in the proper way of bringing Satan into modern fiction.

She wastes no time in cold philosophical argument, in pumping up horror before and after the event, in giving away the surprise and then making it seem preposterous; instead she prepares the ground with extraordinary subtlety.

Laura Willowes is the unmarried daughter of one, sister of another, and aunt of a succeeding generation of a respectable, solid, acquisitive, comfortable middle-class family. Her youth was spent at Lady Place, a house near Yeovil where her father kept the accumulated family furniture and owned the brewery.

And when her father died she was unquestioningly taken in by her brother Henry and his wife Caroline to live with them, as the children’s Aunt Lolly, at the house in Apsley Terrace and in the lodgings of the summer holidays.

Up to the end of part one nobody could anticipate the development. Laura’s life, all the life of all Aunt Lollys, is set down for us in sentences of deft observation and concealed irony. Miss Warner’s economy of phrase is admirable.

“By the time the Willowes family met at breakfast all this activity had disappeared like the tide from the smooth, garnished beach. For the rest of the day it functioned unnoticed. Bells were answered, meals were served, all that appeared was completion.

Yet unseen and underground the preparation and demolition of every day went on, like the inward persistent working of a heart and entrails. Sometimes a crash, a banging door, a voice raised, would rend the veil of impersonality. And sometimes a sound of running water at unusual hours and a faint steaming hiss in the upper parts of the house betokened that one of the servants was having a bath.”

Nobody would suspect the emergence of a cloven hoof from this quiet realism. Into seventy-three pages Miss Warner compasses twenty years of Laura’s life with Henry and Caroline, she and they and their offspring and their life etched with fine precision.

If one is afraid of what is coming, the fear is that nothing is to come but one more study – though an unusually artistic one – of a frustrated woman’s life and death.

There have been hints, it is true, but too deep for the un-intuitive. At the age of forty-seven, however, the war being over, Laura is more than usually oppressed by the day-dreams that customarily invaded her during autumn in London.

Something is waiting for her, she must find a clue, but the clue eludes her. An impulse seizes her in a greengrocer’s shop, it leads to the Chilterns, she buys a map and guide, and calmly startles a family dinner-party by announcing that she is going to Great Mop to live in a cottage. There is a trap for the unwary here, too.

The prophetic will exclaim: “Ah, yes, the country, nice old landladies, village worthies, landscape and echoes of Henry Ryecroft;” and they will be most deservedly confounded, for Miss Warner gives them all these things, and the real surprise on top of them. The crisis comes when nephew Titus comes to Great Mop two, to write a book on Fuseli.

In depicting Laura’s dumb anguish at this invasion of her privacy and desecration of her mysterious love for her chosen country, a new note of passion suddenly breaks out. The whole family seems to be advancing upon her once again, and, alone in a solitary field, she invokes the woods for help.

The answer is prompt, but we cannot bring ourselves to spoil the delightful surprise prepared for the reader and for Laura on the latter’s return to tea.

It must suffice to say that Aunt Lolly realizes at length to what all the omens of her life have pointed. She is – we are compelled to divulge it – a witch, a modern witch, one of thousands. Miss Warner works out her idea, witches’ Sabbath, Satan and all, so delicately and tactfully that it never becomes incongruous.

Titus is bewitched into the arms of a fiancée, and Laura, having passionately breathed to her master the hidden truth about witches, remains at Great Mop among her companions. It is a charming story, beautifully told, spare in outline but emotionally rich, on which we congratulate the author. 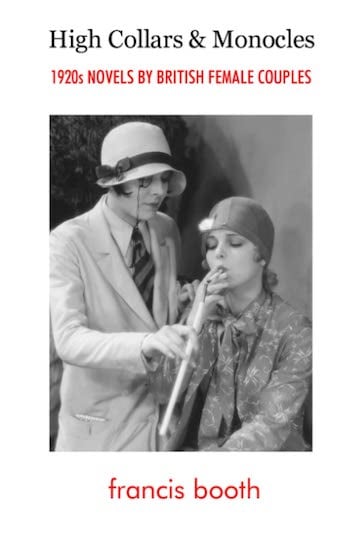 A 1926 review from the New York Times

From the original review Edwin Clark, New York Times, February 7, 1926: It is on rare and infrequent occasions that such perfected and deftly fascinating fiction as Lolly Willowes swims within the reviewer’s ken.

David Garnett, who is remembered as something of a master of wit and shrewd observation, has remarked that this is one of the year’s witty books. However, this novel needs no such introduction. It is the cameo-like realization of the life of a quaint and subtly attractive maiden lady. It recalls the two exquisite novels of Elinor Wylie, but Lolly Willowes is closer to the present.

Behind the story of Lolly, but at least once removed, is the inevitable theme of the old order changing. The effect upon her life is less pronounced than usual because of her passive temperament. The Willowes are an old family of landed gentry. Lolly is heir to much accumulated tradition.

Her father is a brewer, her mother is a semi-invalid. She is the youngest of the three children. Hence, she grows up in a family where the males of the house were always expected to look after her. In turn, she compared all other men in terms of her father and brothers. With complacency she looked out upon the world from their country seat, Lady Place, in Somerset. It was satisfying to her. . .

The sly and almost subdued comedy of this novel is a strong suggestion of the quality of Jane Austen. The handling of sentiment, family life, and much feminine observation has the adroit fitness of the divine Jane.

In the handling of the narrative, however, a different method is employed; the straightforward method of the comedy of manners could not capture the inner life of Lolly, and fill so minutely the picture of this involved family life, for all its surface commonplaceness.

Beginning in the later Victorian age of gentility, the story is woven into the present restless age, without neglecting or overemphasizing the war; the technical skill and compression is of a high order.

At forty-seven, Lolly realizes that she has had almost no life of her own. Rebellion stirs in her. To the horror of her brothers, to the surprise of their children – now grown-up – she insists upon escaping from them. This whim of hers to leave them and live in the village of Great Mop – population 227 and twelve miles from anywhere – is embarrassing because Henry has invested her money in an enterprise that just at the moment is in decline. Lolly accepts a loss and departs.

Once at Great Mop she begins to recapture the serenity that had made her inner life bright at Lady Place. . . .

The family hope for her return. They visit her. She has horror at the thought of returning to Apsley Terrace, London. The idea preys upon her mind and finds outlet in fantasy. Thus, James’s son, now graduated from Oxford, comes to stay with her at Great Mop.

Though she thought herself very fond of him, he greatly distresses her. She starts a sprightly flirtation with the Prince of Darkness, in an effort to find that fellowship that her life has lacked. Finally, she is free of her relatives. She could at last do what she liked. . .

In the limitations of its genre, Lolly Willowes is an exquisite fantasy of wit. Also, in its mixture of comedy of manners and dark romanticism, there is a viable essence that is enchanting. Lolly, indeed, going her kind, lonely way, is a character that ingratiatingly sets herself in memory.

Doubtless, the Willowes, with their traditions and sane conservativeness, will not be forgotten. But, in the last analysis, it is Lolly – who might be another Emily Dickinson, had she only had the medium of expression – who captivates our fancy. Her secret life is ours in the artless words of her historian. 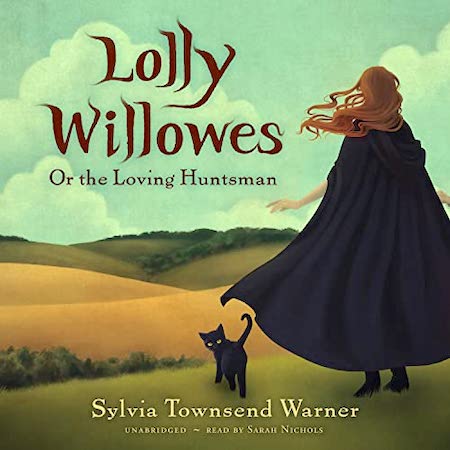 Amongst Those Left: The British Experimental Novel 1940-1960 (published by Dalkey Archive); Everybody I Can Think of Ever: Meetings That Made the Avant-Garde; Girls in Bloom: Coming of Age in the Mid-Twentieth Century Woman’s Novel; Text Acts: Twentieth-Century Literary Eroticism; and Comrades in Art: Revolutionary Art in America 1926-1938; High Collars & Monocles: 1920s Novels by British Female Couples.