Elinor Wylie, American Poet and Novelist of the 1920s 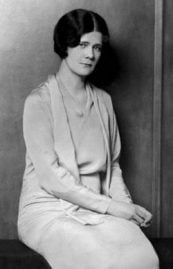 Elinor Wylie (September 7, 1885 – December 16, 1928) was a popular American poet and novelist of the 1920s. She was a celebrated author in her lifetime, with a cult following in her pinnacle years.

Wylie was lauded for her passionate writing, fueled by ethereal descriptors, historical references, and feminist undertones. She was also known for her tumultuous personal life, which often made its way into her writings.

During her short span of eight years as a writer, Elinor published four volumes of poetry and four novels, all garnering praise. Many of her works offered insight into the difficulties of marriage and the impossible expectations that come with womanhood.

Born Elinor Hoyt in Somerville, New Jersey to Henry Martyn Hoyt, Jr and Anne Morton McMichael. Elinor was raised in a distinguished family. Her grandfather, Henry Hoyt, was the governor of Pennsylvania. Her aunt, Helen Hoyt, was also a poet.

By the time Elinor turned twelve, her family had moved to Washington, D.C., where her father became Solicitor General of the United States. She and her family often rubbed shoulders with D.C.’s political elite.

Elinor was educated in multiple private schools, but didn’t pursue a higher education. Raised in a privileged background, she was expected to be a debutante. 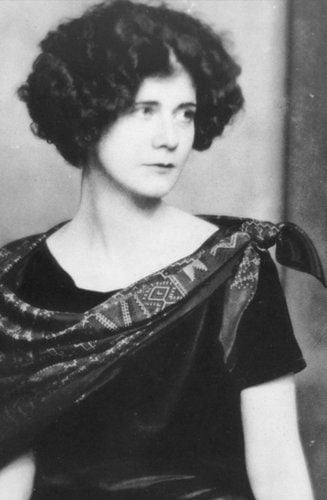 At age twenty, Elinor married Philip Simmons Hichborn. Though the marriage was unstable, they had a son together. Elinor alluded to Hichborn being volatile and abusive.

Elinor’s mother didn’t believe in divorce, and meddled in her marital decisions. Because of this, Elinor stayed in the marriage for longer than she had wished.

In the midst of her troubled marriage, Elinor found herself being stalked by Harvard Law graduate and prominent attorney Horace Wylie. He stalked her for years, though he was a married man with three children and seventeen years her senior.

In a shocking turn of events, Elinor left her husband and son, and eloped with Wylie. The incident became a widely-known scandal that was covered in the press. After being socially exiled by friends and family, the couple moved to England and changed their last name. Elinor’s ex-husband ended up committing suicide in 1916.

This wasn’t the end of Elinor’s tumultuous private life — she later left Wylie for her literary confidante, William Rose Benét. And after living with Benét for some years, they separated. Elinor ended up falling for her close friend’s husband, Henry de Clifford Woodhouse.

A brief but prolific writing career

Elinor first began to write seriously and considered publishing during her time in England. She published her first poems anonymously in 1912 in Incidental Numbers, a compilation of poems she had been working on for ten years.

After World War I broke out, Elinor returned to the U.S. with Horace Wylie, settling back in Washington, D.C. There, she frequented literary circles, befriending writers  John Peale Bishop, Sinclair Lewis, and her future husband, William Rose Benét. Her literary friends encouraged her to publish.

She submitted poems to Poetry magazine, which published four of her pieces. One of the poems published was “Velvet Shoes,” her most widely anthologized piece.

After this taste of literary success, Elinor moved to New York City and continued making inroads into the literary scene. She published Nets to Catch the Wind in 1921, a collection that contains some of her best poems, including “Velvet Shoes,” “Wild Peaches,” and “Winter Sleep.”

Following Nets to Catch the Wind, she published another successful collection titled Black Armour (1923). It garnered glowing reviews, including one in the New York Times stating, “There is not a misplaced word or cadence in it. There is not an extra syllable.”

Elinor Wylie published four novels in addition to her poetic work: Jennifer Lorn (1923), The Venetian Glass Nephew (1925), and The Orphan Angel (1926), all of which received rave reviews. Jennifer Lorn’s publication even prompted a torchlight parade in Manhattan to celebrate its release. In all, she published some ten collections of poetry.

Elinor also worked as the poetry editor of Vanity Fair magazine from 1923 to 1925, and edited for The Literary Guild and The New Republic in her later years.

Elinor had suffered from dangerously high blood pressure for much of her life. In the winter of 1928, Elinor died of a stroke. At age forty-three, her untimely death came at the height of her career. 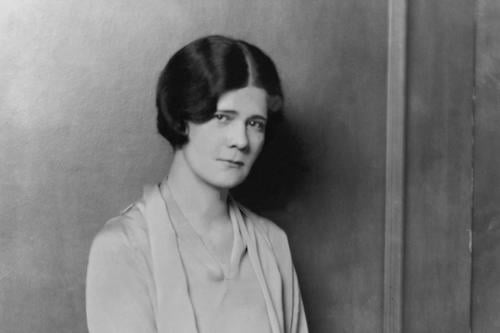 Elinor often used her own complicated private life to fuel her works. In many ways, she was a master of subtlety.

Her poems were often rebellious in nature, using her continually failing marriages as a framework for her dissatisfaction with femininity and the expectations that come with it. In that same vein of rebellion, she often expressed her distaste for the wealthy environment in which she was raised.

She expressed these things quietly, through vivid and romantic descriptions. A perfect example of this can be seen in her popular poem “Wild Peaches”:

Within this dense, romantic poem, Elinor delves into her internal battle with her upbringing. She cloaks these insurgent perspectives by utilizing rich, pastoral details that are oftentimes seen in more traditional works. In this way, Elinor Wylie was a part of a vanguard of women poets, creating a path for feminist literature.

Elinor Wylie appealed to general audiences as well as literary critics. Her ability to create writing that was universally enjoyable made her famous.

Today, Elinor is praised by feminist theorists and literary critics. During her lifetime, her marital scandals were notorious and looked down upon. Many of her pieces offer clear insight into the deceptive trap of marriage and the impossible expectations that come with womanhood.

American poet Louis Untermeyer once described Elinor’s writing as “a passion frozen at its source.” Elinor’s literary force transcends the marital scandals that once marked her reputation. She was as subtle as she was bold. Her ability to blend more modern themes within a traditionalist writing style contributed to the developing aesthetic of modernism. 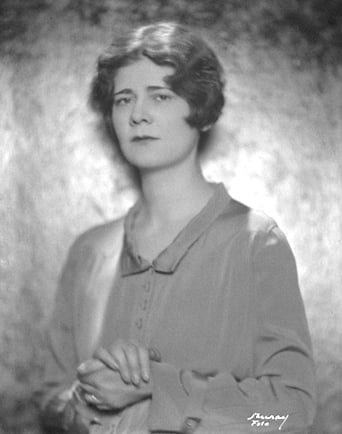