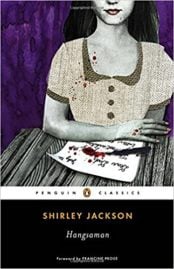 Shirley Jackson (1916 – 1965) occasionally turned to true crime news stories as jumping off points for her novels of psychological terror and suspense. This was apparently the case for her second novel, Hangsaman (1951).

Jackson, her husband Stanley Edgar Hyman, and their four children were living in North Bennington when 18-year-old Bennington College freshman Paula Jean Weldon disappeared. She went out for a hike on December 1, 1946, and simply never returned.

There were, and have since been, theories about what might have happened to Weldon, but neither she —nor her body — were ever found.

According to this article in Bustle, “Welden’s story didn’t just inspire local folk tales, it inspired famous novels, too. Her disappearance was supposedly one of the inspirations for The Secret History, author and former Bennington student Donna Tartt’s bestselling debut. It was also apparently the inspiration behind Jackson’s second novel, Hangsaman.”

A dark and unsettling narrative

The title of the book is thought to have come from an old folk ballad, “The Gallows Tree,” which began:

Slack your rope, hangs a man! Slack it for a while.
I think I see my mother comin,’ ridin’ many a mile.

Hangsaman is the dark and unsettling tale of a young woman named Natalie Waite as she sets off into the world of college. This brief synopsis is from the 2013 reissue edition (Penguin):

“Seventeen-year-old Natalie Waite longs to escape home for college. Her father is a domineering and egotistical writer who keeps a tight rein on Natalie and her long-suffering mother. When Natalie finally does get away, however, college life doesn’t bring the happiness she expected. Little by little, Natalie is no longer certain of anything—even where reality ends and her dark imaginings begin.”

In her introduction to this edition of the novel, Francine Prose writes:

“Natalie is lonely at school. And because of who she is, and because of what kind of novel this is, her loneliness is terrifying. The dangerous power of awareness, quotidian social brutality, loneliness, and existential fear propel Hangsaman toward the edge of becoming a psychological thriller, rather like one of Patricia Highsmith’s, only less physically violent, funnier, more lyrical, imaginative, and interior.”

Ruth Franklin, in the biography Shirley Jackson: A Rather Haunted Life (2016), observed:

“Hangsaman is a weird, rich brew of autobiography and fantasy, combining elements of Jackson’s unhappy years at the University of Rochester, the social culture of Bennington College, her marriage to Hyman, and literary allusions ranging from Alice in Wonderland to Victorian pornography …

Hangsaman can be interpreted in many ways, but on one level it is unmistakably a document of Jackson’s rage at her husband. The novel’s subtext — never far from the surface — is sexual danger, always invoked in code. Perhaps that is why what happens to Natalie at the garden party is not made explicit.”

And make sure to see this detailed analysis of Hangsaman on this site.

A 1952 review of Hangsaman by Shirley Jackson

The book received praise — and inspired shivers— from all corners of the English speaking world, as evidenced by this 1952 review in a major Australian newspaper:

From the original review in The Age, Melbourne Australia, February 1952:  Shirley Jackson, with the acuteness of a surgeon, lays bare the tissue and nerves of adolescent emotions in her novel, Hangsaman.

She portrays the period between childhood and maturity in the life of an American girl when self assumes immense proportions and demands constant dramatization, gaining importance and size in these imaginary flights.

Natalie Waite, seventeen years old, comes from a home where there is disunity. Both the father, who is a not very successful writer, and the mother, who feels she has but herself off from her own people by her marriage, seek to find solace in the girl. At some sacrifice they send her to college.

The college is one which, unfortunately, has not been able to achieve a very high standard of scholarship and half-baked instructors make a showing at educating. Natalie commits the faux pas of finding one out. Further, she scorns the feeble initiation ceremony, and so marks herself as a misfit in college life.

Loneliness descends on her like a pall while she struggles to find some place amongst her housemates. Her unhappiness culminates in a nightmare in which her experiences at home and in the college are massed in horrible shape.

She finds only one friend in the college, a girl who is an echo of herself but stronger, who shows her the dark places into which her wallowing in her own ego might lead her.

Striking terror into the heart of parents

This story is one to bring terror to the heart of a parent sending an unadaptable child out among her fellows. One would think that it must surely be autobiographical, so deeply has the author plunged in her description of the cruelty girls can deal one to another and of the brutality with which the can win a place in the mob.

It is a harrowing and particularly vicious picture and not an easily assimilated one. Incidents are part of the general emotional bewilderment of scenes that build to a climax, leaving the reader to wonder to the last moment whether Natalie will escape. 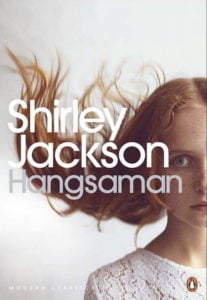 “I wish I were the only person in all the world, Natalie thought, with a poignant longing, thinking then that perhaps she was, after all.”

“This is the only life I’ve got—you understand? I mean, this is all. And look what’s happening to me. I spend most of my time just thinking about how nice things used to be and wondering if they’ll ever be nice again. If I should go on and on and die someday and nothing was ever nice again—wouldn’t that be a fine thing? I get to feeling like that and then I think I’ll make things be nice, and make him behave, and just make everything all happy and exciting again the way it used to be—but I’m too tired.”

“She brought herself away from the disagreeably clinging thought by her usual method —  imagining the sweet sharp sensation of being burned alive.”

“My ambitions for you are slowly being realized, and, even though you are unhappy, console yourself with the thought that it was part of my plan for you to be unhappy for a while. The fact that you associate intimately with girls who do not care for the things you do should strengthen your own artistic integrity and fortify you against the world; remember, Natalie, your enemies will always come from the same place your friends do.”

More about Hangsaman by Shirley Jackson