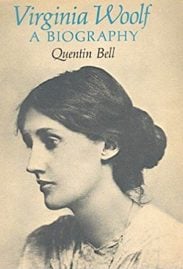 Quentin Bell (1910-1996), the author of Virginia Woolf: A Biography, was the son of Virginia Woolf’s sister, Vanessa Bell. He was an artist like his mother, working across several media, and like his father Clive Bell, he was a writer and art critic.

He once recalled: “Virginia Woolf was my aunt and as a child I illustrated and to some extent inspired some rather fanciful biographies of her friends and relations. Hence the fact that I am mentioned in the preface of Orlando as ‘an old and valued collaborator in fiction.’”

Quentin Bell held posts as Professor of Fine Art at several prestigious universities in England. In producingVirginia Woolf: A Biography, he possessed the access and family lore that made this biography a more intimate expression than another biographer may have achieved. Here’s a description of this fascinating biography:

From the 1974 Harcourt Brace Jovanovich edition of Virginia Woolf: A Biography by Quentin Bell: “Virginia Woolf was a Miss Stephen.”

So begins Virginia Woolf: A Biography, the first truly full-scale treatment of the writer’s life to be published. As a nephew of Virginia Woolf, Quentin Bell brings to his book the authority that family intimacy affords, but he does so without bias, evasion, or sentimentality; and as an observer rather than as a participant.

Virginia Woolf was one of four children, born into a gifted family whose ancestors included generations of writers. As a child, Virginia is remembered for her beauty — flame-cheeked and green-eyed — as well as her terrible rages, and her precocious command of language.

She was the family storyteller who could make everyone laugh. It was decided early that her sister Vanessa would be  a painter and Virginia a writer. Her first efforts at composition are seen in a letter written at the age of six to her godfather, James Russell Lowell. 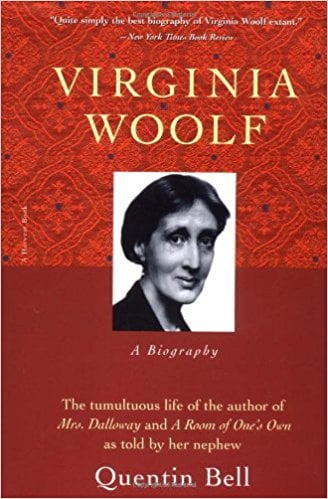 Virginia Woolf holds the reader throughout

The account continues through her adolescence and the first serious breakdown, to her awkward introduction into London society, the Bloomsbury years, and marriage to Leonard Woolf — “the wisest decision of her life.”

The author candidly discusses the question of her sexuality and her mental illness and their effect on her marriage and her other close relationships.

While the ordinary events of her life unfold, the great novels are seen taking shape, accompanied by the anguish of a creative genius that was closely allied to her madness, the terrors of publication and reviews, and periods of enjoyment of her growing fame. The book concludes, simply and movingly, with her suicide in 1941.

Many other well-known writers appear in these pages — among them, Henry James, George Bernard Shaw, Lytton Strachey, John Maynard Keynes, E.M. Forester, Rupert Brooke, Katherine Mansfield, Harold Nicolson — but it is Virginia Woolf who holds the reader throughout, attracting with her intellect and wit, as she did those who were privileged to know her. 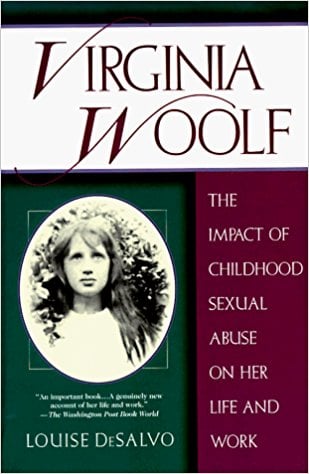 See also: Virginia Woolf: The Impact of Childhood Sexual Abuse on Her Life and Work