The Lost Books of Jane Austen by Janine Barchas (2019) 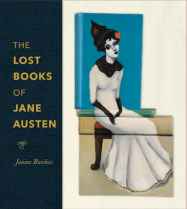 The Lost Books of Jane Austen by Janine Barchas (Johns Hopkins University Press, 2019) is an ingenious, lavishly illustrated excursion through the printed history of Jane Austen’s books. Barchas contends that the cheap, sometimes shoddily produced printings of Austen’s novels helped keep her work affordable and in the public eye.

From the publisher: In the nineteenth century, inexpensive editions of Jane Austen’s novels targeted to Britain’s working classes were sold at railway stations, traded for soap wrappers, and awarded as school prizes.

At just pennies a copy, these reprints were some of the earliest mass-market paperbacks, with Austen’s beloved stories squeezed into tight columns on thin, cheap paper. Few of these hard-lived bargain books survive, yet they made a substantial difference to Austen’s early readership. These were the books bought and read by ordinary people. 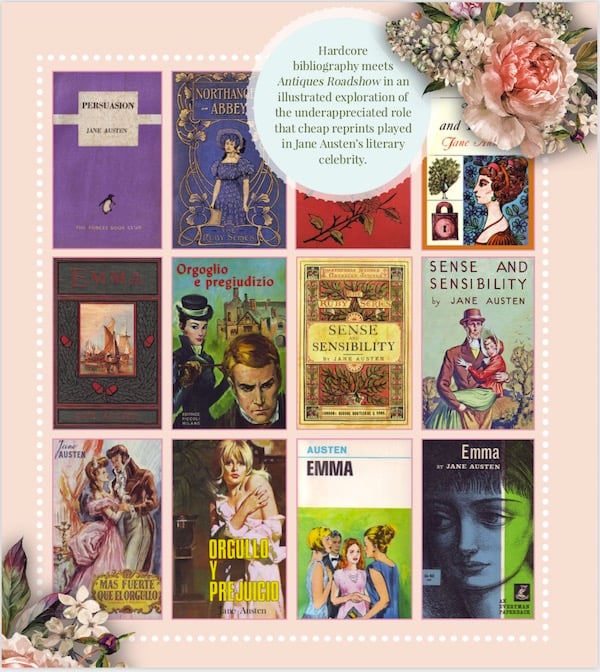 Packed with nearly 100 full-color photographs of dazzling, sometimes gaudy, sometimes tasteless covers, The Lost Books of Jane Austen is a unique history of these rare and forgotten Austen volumes.

Such shoddy editions, Janine Barchas argues, were instrumental in bringing Austen’s work and reputation before the general public. Only by examining them can we grasp the chaotic range of Austen’s popular reach among working-class readers.

Informed by the author’s years of unconventional book hunting, The Lost Books of Jane Austen will surprise even the most ardent Janeite with glimpses of scruffy survivors that challenge the prevailing story of the author’s steady and genteel rise.

Thoroughly innovative and occasionally irreverent, this book will appeal in equal measure to book historians, Austen fans, and scholars of literary celebrity. 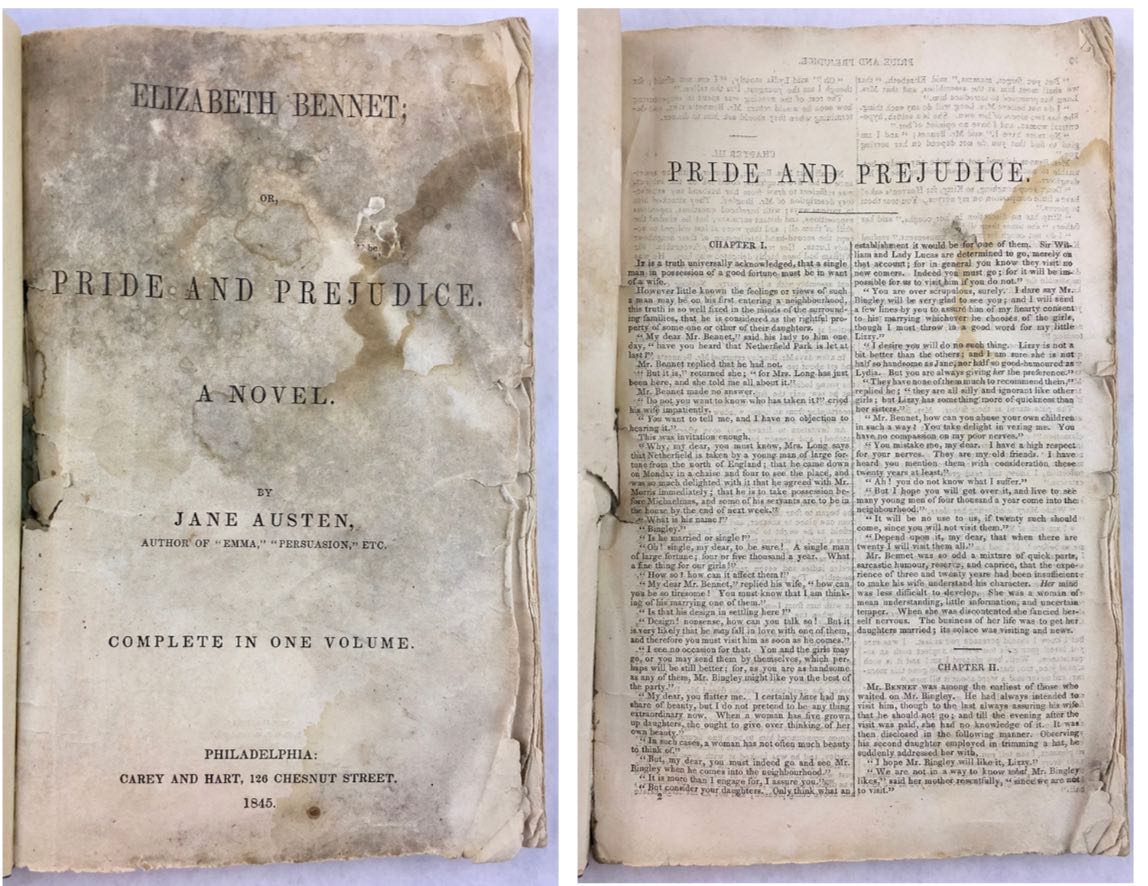 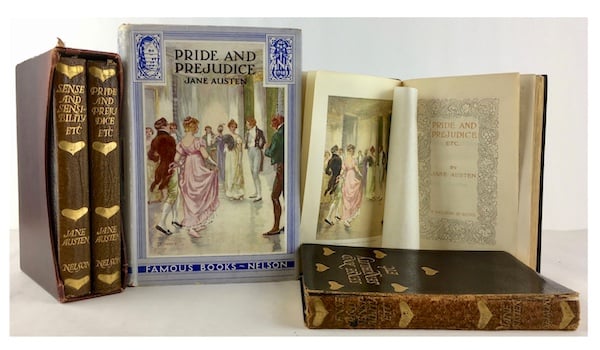 At Christmas of 1905, the novels of Jane Austen sold as a boxed gift set of two leather-bound volumes with gilt hearts stamped on front covers and spines (London: Thomas Nelson & Sons, 1903). The reprint of Pride and Prejudice in the Famous Books series is a reissue for a juvenile audience. This image shows two copies of the leather-bound sets, with one Pride and Prejudice open to show the matching frontispiece. Collection of Sandra Clark. 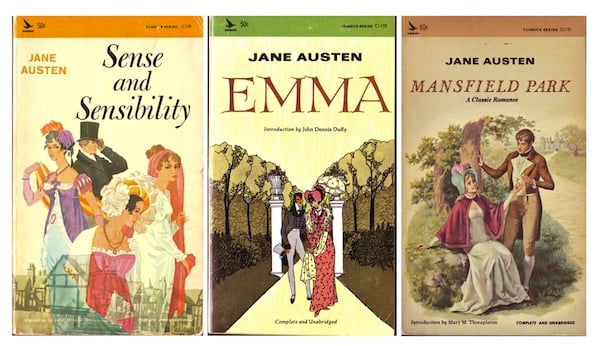 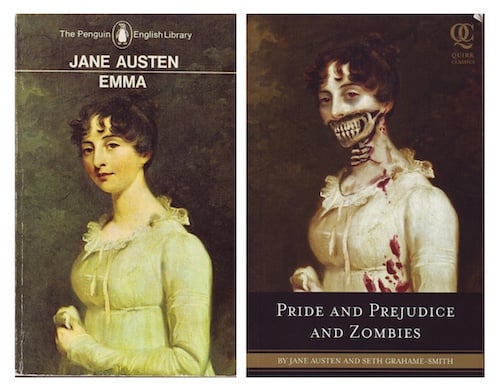 Sir William Beechey’s portrait of Marcia Fox, as it appears on the Penguin English Library edition of Emma (1966 to 1985) and on the 2009 Quirk Classic spoof Pride and Prejudice and Zombies. Author’s collection. 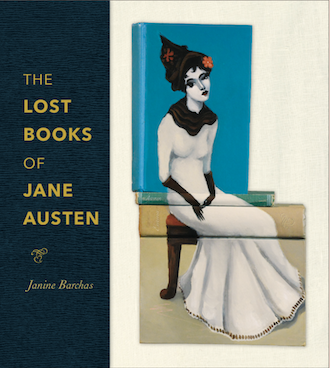 Janine Barchas is the Louann and Larry Temple Centennial Professor of English Literature at the University of Texas at Austin. She is the author of Matters of Fact in Jane Austen: History, Location, and Celebrity and Graphic Design, Print Culture, and the Eighteenth-Century Novel. She is also the creator behind What Jane Saw.

Praise for The Lost Books of Jane Austen

“A major new work by Janine Barchas, an outstanding critic both of Jane Austen and of book history. The Lost Books of Jane Austen is cogent and persuasive.”—Peter Sabor, editor of The Cambridge Companion to Emma

“This ferociously researched book proves that a fresh set of methods can teach us something new about even this much-studied author.”—Leah Price, author of How to Do Things with Books in Victorian Britain 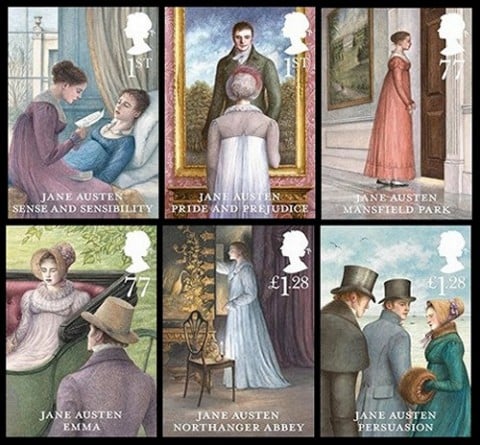