The Grandmothers by Doris Lessing (2004) 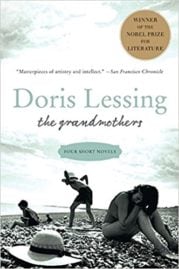 From the 2004 HarperCollins edition of The Grandmothers by Doris Lessing: With the four short novels in this collection, Doris Lessing once again proves that she is unrivaled in her ability to capture the truth of the human condition.

Two women, close friends, fall in love with each other’s teenage sons, and these passions last for years, until the women end them, promising a respectable old age.

A poor black girl has a baby with the son of a liberal middle-class family and finds that her little girl is slowly being absorbed into the world of white privilege and becoming estranged from her. 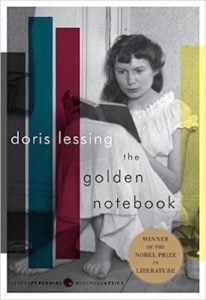 The Reason for It

Certain to appeal to fans of Shikasta and Memoirs of a Survivor, it describes the birth, flourishing, and decline of a culture long, long ago, but with many modern echoes.

A soldier in World War II, during the dangerous voyage to India around the Cape, falls in love on shore leave and remains convinced that a love child resulted from the wartime romance.

More about The Grandmothers by Doris Lessing