Ripley Under Water by Patricia Highsmith (1991) 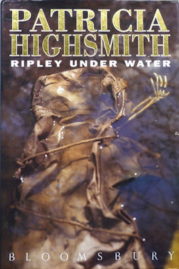 Ripley Under Water by Patricia Highsmith  (1991) is the last of five novels featuring the psychopath Tom Ripley, a man who is cultured, intelligent, and occasionally dabbles in murder. As a group, this quintet of novels is known as “The Ripliad.”

This description is from the 1991 Viking Press edition of Ripley Under Water by Patricia Highsmith: For more than four decades, Highsmith has developed her unique mastery of suspense — not the least in her renowned cycle of novels featuring Tom Ripley.

Now, in the fifth of this series, she demonstrates yet again her ability, as Graham Greene wrote, “to create a world of her own, a world claustrophobic and irrational which we enter each time with a sense of personal danger.”

Leading the good life in France

Though his talent for evil has in no way diminished, Tom Ripley has aged, even mellowed. Now leading the good life in the French countryside, complete with chic wife and devoted housekeeper, he is more interested in his wine stores than the blood stains on the cellar floor.

Then a meddlesome American couple takes up residence in the same village. Though at first the Pritchards seem a mere curiosity, there taste as execrable as their manners, they are annoyingly well informed about incidents in Ripley’s past and almost smug about flaunting their knowledge.

This, of course, disturbs the tranquility of the charmed, cultured life for which Tom has worked so hard, and he has not choice but to bedevil the Pritchards in return. 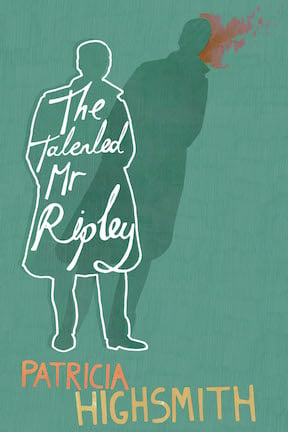 A Cat and Mouse game across continents

Thus begins a spirited, sophisticated game of cat and mouse that leads to Tangier and London and back again, to the pond behind the Pritchard’s house. It is Ripley at his most suave and devious — and Patricia Highsmith in peak form. For her aficionados, Ripley Under Water is utterly essential — and for readers new to her work, a spectacular introduction to “a natural novelist.”

“Patricia Highsmith’s pet psychopath, Tom Ripley, began his career in The Talented Mr. Ripley in 1955, when the rich Greenleaf family sent him to Italy to bring their wayward son Dickie back to the States. What Tom actually did was club Dickie to death in a fit of pique, lose the body at sea, and forge Dickie’s will in his favor. Tom got away with this, and has been getting away with murder ever since.” — The Independent (London) 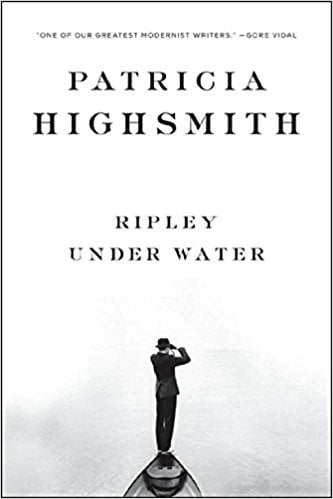 Ripley Under Water by Patricia Highsmith on Amazon

More about Ripley Under Water by Patricia Highsmith