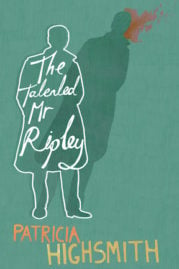 The Talented Mr. Ripley by Patricia Highsmith is a 1956 novel introducing Thomas Ripley, the sociopathic anti-hero who went on be the central character of four subsequent books. The five novels came to be known as “the Ripliad.” The first installment was followed by Ripley Under Ground, Ripley’s Game, The Boy Who Followed Ripley, and Ripley Under Water.

Like many of Highsmith’s characters, Tom Ripley is a con artist and murderer. Highsmith described him as “suave, agreeable, and utterly amoral.” He’s cultured, charming, and often portrayed as likable, which puts the reader in a moral bind — just as the author intended.

The following synopsis from the publisher, by Patrick O’Kelley:

“One of the great crime novels of the 20th century, Patricia Highsmith’s The Talented Mr. Ripley is a blend of the narrative subtlety of Henry James and the self-reflexive irony of Vladimir Nabokov.

Like the best modernist fiction, Ripley works on two levels. First, it is the story of a young man, Tom Ripley, whose nihilistic tendencies lead him on a deadly passage across Europe. On another level, the novel is a commentary on fiction-making and techniques of narrative persuasion. Like Humbert Humbert, Tom Ripley seduces readers into empathizing with him even as his actions defy all moral standards.

The novel begins with a play on James’s The Ambassadors. Tom Ripley is chosen by the wealthy Herbert Greenleaf to retrieve Greenleaf’s son, Dickie, from his overlong sojourn in Italy. Dickie, it seems, is held captive both by the Mediterranean climate and the attractions of his female companion, but Mr. Greenleaf needs him back in New York to help with the family business.

With an allowance and a new purpose, Tom leaves behind his dismal city apartment to begin his career as a return escort. But Tom, too, is captivated by Italy. He is also taken with the life and looks of Dickie Greenleaf. He insinuates himself into Dickie’s world and soon finds that his passion for a lifestyle of wealth and sophistication transcends moral compunction. Tom will become Dickie Greenleaf—at all costs.

Unlike many modernist experiments, The Talented Mr. Ripley is eminently readable and is driven by a gripping chase narrative that chronicles each of Tom’s calculated maneuvers of self-preservation. Highsmith was in peak form with this novel, and her ability to enter the mind of a sociopath and view the world through his disturbingly amoral eyes is a model that has spawned such latter-day serial killers as Hannibal Lecter.”

A 2021 reconsideration ofThe Talented Mr. Ripley in the New York Times Magazine (a highly recommended read!) observed: “The task of making a heinous character sympathetic is the real work of many novels. Think of the criminal Humbert Humbert in Vladimir Nabokov’s Lolita.” The novel was also known for its homoeroticism, which was rather bold for the era in which it was published. 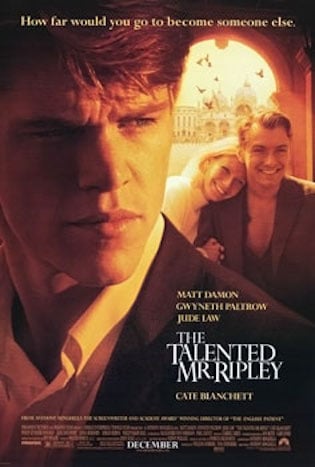 A 1956 review of The Talented Mr. Ripley

His are the talents which make a successful criminal ingenuity, a flair for luxury, the ability to turn any situation to his own benefit. A chance meeting in a New York bar becomes for him an avenue to easy living in Italy — on someone else’s money.

Curiously enough, he has few gifts beside the aforementioned, and few real interests. He has no friends of either sex; he is a completely self-centered individual who believes in taking what he can get.

As his Italian mission draws to a close, unaccomplished, Ripley soon sees that it has become necessary to turn to murder to secure a continuation of his very pleasant position. He is not one to blanch at such a necessity. Soon he is involved in the precarious business of covering up his tracks.

Having brought all his ingenuity into play, our hero is on the verge of safety when an unlucky break forces him to murder again. The Italian police are soon scouring the country for the criminal. But, due to some clever planning, they are now searching for the wrong man.

As the suspense swiftly mounts, Ripley boldly manipulates the principals in the dangerous plot to secure his skin. Painstakingly he builds up his proofs of innocence, adapting his actions to quick changes in the situation.

With great success the author builds up the tension which surrounds a hunted man. Readers of Highsmith’s other well-known novels of suspense will not be disappointed by The Talented Mr. Ripley. 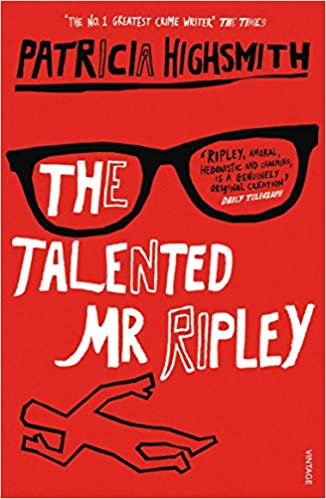 Quotes from The Talented Mr. Ripley

“He loved possessions, not masses of them, but a select few that he did not part with. They gave a man self-respect. Not ostentation but quality, and the love that cherished the quality. Possessions reminded him that he existed, and made him enjoy his existence.”

“If you wanted to be cheerful, or melancholic, or wistful , or thoughtful, or courteous, you simply had to act those things with every gesture.”

“Mr Greenleaf was such a decent fellow himself, he took it for granted that everybody else in the world was decent, too. Tom had almost forgotten such people existed.”

“He liked the fact that Venice had no cars. It made the city human. The streets were like veins, he thought, and the people were the blood, circulating everywhere.”

“He hated becoming Thomas Ripley again, hated being nobody, hated putting on his old set of habits again, and feeling that people looked down on him and were bored with him unless he put on an act for them like a clown, feeling incompetent and incapable of doing anything with himself except entertaining people for minutes at a time.”. . . . . . . . . .

More about The Talented Mr. Ripley by Patricia Highsmith