Portrait of a Marriage: Vita Sackville-West and Harold Nicolson 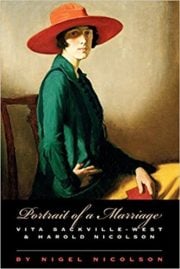 Portrait of a Marriage: Vita Sackville-West and Harold Nicolson (1973) is the story of an unconventional union, written by one of the couple’s two sons, Nigel Nicolson.

Vita Sackville-West was a novelist and poet was known for her role in the Bloomsbury circle and her intense friendship with Virginia Woolf;  Harold Nicolson was a  diplomat and scholar.

Though neither admitted it to the other when they were courting and in the early days of their marriage, both were primarily attracted to members of their own sex.

Ultimately, they allowed one another the freedom to pursue other affairs during the course of their long marriage. In Portrait of a Marriage, Nigel Nicolson publishes his mother’s memoir and adds his own commentary, which resulted from what he learned from his parents’ letters.

Vita’s love affairs with a number of women (which resulted in much drama) and Harold’s discreet relationships with men didn’t hinder this  successful, loving marriage and the happiness of their two sons, Nigel and Benedict. Nigel’s insightful Portrait of a Marriage shines a light on a fascinating couple.

From the 1973 Weidenfeld and Nicolson edition of Portrait of a Marriage: Vita Sackville-West and Harold Nicolson, by Nigel Nicolson:

The view of a son

“Now that I know everything, I love her more as my father did, because she was tempted, because she was weak. She was a rebel … rejecting the conventions that marriage demands exclusive love, and that women should love only men, and men only women …

How can I despise the violence of such a passion? How could she regret that the knowledge of it should reach the ears of a new generation, one so infinitely more compassionate than her own?”

So writes Nigel Nicolson of his mother, Vita Sackville-West, in reaction to her confession — an attempt to purge her heart and mind of a love for another woman — written in 1920, when she was 28 and in the eighth year of her marriage to Harold Nicolson. 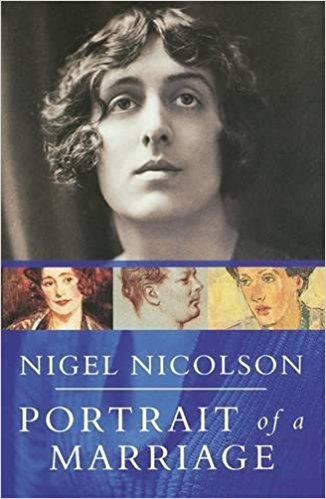 “The strangest and most successful union”

Sir Harold, distinguished writer, scholar, diplomat, and statesman, was a social, extroverted being; Vita, a poet and novelist, was the product of mingled Spanish and English blood, once described as “romantic, secret, and undomesticated.”

They both thought marriage “unnatural,” but realized that, “as a happy marriage is ‘the greatest of human benefits,’ husband and wife must strive hard for its success. Each must be supple enough, subtle enough, to mould their characters and behaviour to fit the other’s facet to facet, convex to concave.”

Which is precisely what they managed, achieving in time “the strangest and most successful union that two gifted people have ever enjoyed.”

A mother’s passions and a son’s perspective

This autobiography — “a document unique in the vast literature of love” — describes Vita’s sumptuous childhood at Knole, her long love affair with a girl that coincided with her long engagement to Harold, and her elopement, after seven years of marriage, with Violet Trefusis.

She tells the story of this shattering experience with complete candor, partly to clear her heart of a passion which was growing cold, and partly because she believed, in 1920, that one day society would accept that women can love women, men can loved men, and that a marriage as deeply rooted as hers could survive and actually be enriched by infidelity. 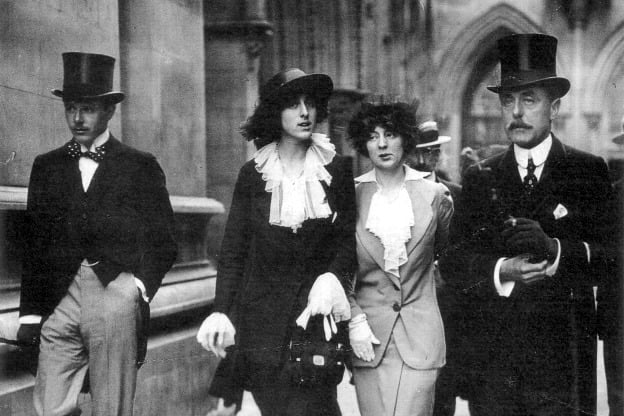 To his mother’s autobiography Nigel Nicolson has added the evidence of contemporary diaries and letters to explain in more detail what happened and what resulted. He describes Vita’s family background, starting with her grandmother Pepita, the Spanish dancer, and here even more remarkable mother, Lady Sackville.

He traces the growth of his parents’ marriage from its first tumultuous years to the peace of their old age at Sissinghurst Castle. He tells of Vita’s gentle love for Virginia Woolf, and Virginia’s for her.

It is the story of a non-marriage which became a marriage successful beyond their dreams, because it was based on mutual respect and tolerance, and enduring love.

An excerpt from the preface

It is the story of two people who married for love and whose love deepened with each passing year, although each was constantly and by mutual consent unfaithful to the other.

Both loved people of their own sex, but not exclusively. Their marriage not only survived infidelity, sexual incompatibility, and long absences, but it became stronger and finer as a result. Each came to give the other full liberty without inquiry or reproach.

Honour was rooted in dishonour. Their marriage succeeded because each found permanent and undiluted happiness only in the company of the other. If their marriage is seen as a harbour, their love affairs were mere ports of call. It was to the harbour that each returned; it was there that both were based.

This book is therefore a panegyric of marriage, although it describes a marriage that was superficially  a failure because it was incomplete.

They achieved their ideal companionship only after a long struggle, which was still not ended when Vita wrote the last words of her confession, but once achieved it was unalterable and lifelong, and they made of it … the strangest and most successful union that two gifted people have ever enjoyed. ( — Nigel Nicolson, from the Preface of Portrait of a Marriage) 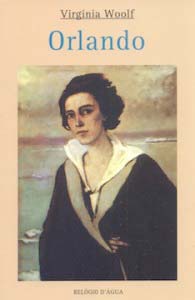 Vita was the inspiration for Virginia Woolf’s Orlando