Rebecca West (1892 –1983) was a British novelist, essayist, and journalist, considered one of the sharpest intellects of the twentieth century. She was widely praised for her elegant prose, sharp wit, and insight into the human condition. This sampling of quotes by Rebecca West on art, experience, and human nature reflect the kind of thinking for which she became respected.

West was a woman of many talents from her early career on — she studied to be an actress. worked as a journalist, and was active in the woman’s suffrage movement.  In her work as a journalist she wrote essays and reviews for numerous publications including New York Herald Tribune, The Daily Telegraph, The New Republic and New York American.

Her first novel, The Return of the Soldier, was published in 1918. This was followed by many more works of weighty fiction and nonfiction.

“Any authentic work of art must start an argument between the artist and their audience.”

“Fiction and poetry are the only way one can stop time and give an account of an experience and nail it down so that it lasts for ever.”

“All good biography, as all good fiction, comes down to the study of original sin, of our inherent disposition to choose death when we ought to choose life.”

“Journalism is the ability to meet the challenge of filling space.”

“A copy of the universe is not what is required of art; one of the damned things is ample.”

“There is in every one of us an unending see-saw between the will to live and the will to die.”

“It is always one’s virtues and not one’s vices that precipitate one into disaster.”

“Life ought to be a struggle of desire toward adventures whose nobility will fertilize the soul.”

“The memory, experiencing and re-experiencing, has such power over one’s mere personal life, that one has merely lived.”

“Just how difficult it is to write biography can be reckoned by anybody who sits down and considers just how many people know the real truth about his or her love affairs.”

“It isn’t only living people who die, it is great stretches of living, which can die even when the people who lived there still exist.” (The Birds Fall Down, 1966)

“You must always believe that life is as extraordinary as music says it is.” (The Fountain Overflows, 1956) 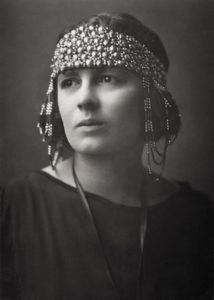 “It is sometimes very hard to tell the difference between history and the smell of a skunk.” (Black Lamb and Grey Falcon, 1941)

“I myself have never been able to find out what feminism is; I only know that people call me a feminist whenever I express sentiments that differentiate me from a doormat or a prostitute.” (“Mr. Chesterton in hysterics,” The Clarion, November 14, 1913)

“I write books to find out about things.”

“There is no such thing as conversation. It is an illusion. There are intersecting monologues, that is all.” (The Harsh Voice, 1935)

“Nobody likes having salt rubbed into their wounds, even if it is the salt of the earth.” (The Harsh Voice, 1935)

“The main difference between men and women is that men are lunatics and women are idiots.”

“Just how difficult it is to write biography can be reckoned by anybody who sits down and considers just how many people know the real truth about his or her love affairs.” 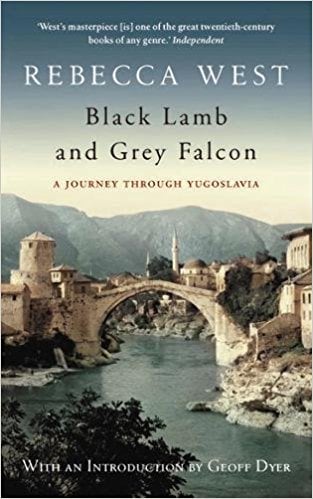 “Motherhood is the strangest thing, it can be like being one’s own Trojan horse.” (From a letter, August 20, 1959)

“The world is round and the place which may seem like the end may also be only the beginning.”

“It’s the soul’s duty to be loyal to its own desires. It must abandon itself to its master passion.”

“There was a definite process by which one made people into friends, and it involved talking to them and listening to them for hours at a time.”

“God forbid that any book should be banned. The practice is as indefensible as infanticide.” (“The Tosh Horse,” The New Statesman, 1925)

“I do not myself find it agreeable to be 90, and I cannot imagine why it should seem so to other people. It is not that you have any fears about your own death, it is that your upholstery is already dead around you.” (from “There is Nothing Like a Dame: Dame Rebecca West at Ninety” — Vogue, February 1983)

“Motherhood is neither a duty nor a privilege, but simply the way that humanity can satisfy the desire for physical immortality and triumph over the fear of death.”

“There is, of course, no reason for the existence of the male sex except that sometimes one needs help with moving the piano.”

“A good cause has to be careful of the company it keeps.”

“Men must be capable of imagining and executing and insisting on social change if they are to reform or even maintain civilization, and capable too of furnishing the rebellion which is sometimes necessary if society is not to perish of immobility.”