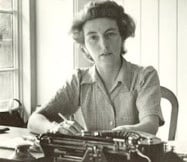 Rumer Godden (1907 – 1998) grew up in colonial India and was educated in England. As a young woman, Godden settled in Calcutta  to teach dance and write.

Her first novel, Black Narcissus, was published in 1939 to immediate acclaim and became a bestseller. This was followed by a succession of novels drawing upon her life in exotic settings. Later, she shifted from the lyrical and atmospheric novels set in India and began exploring themes of the connection of religious and spiritual practice to everyday life. Some of her other well-known novels include The River, Five for Sorrow, Ten for Joy and In This House of Brede.

An incredibly prolific writer of novels, children’s books, and memoirs, nine of her novels were made into films. Here are quotes by Rumer Godden, an author who was on a continual quest for meaning.

“For a dyed-in-the-wool author, nothing is as dead as a book once it is written. She is rather like a cat whose kittens have grown up.”

“When one came to know them it was surprising how childish grown people could be.” (The Greengage Summer, 1958)

“I loved Mr. Darcy far more than any of my own husbands.”

“You have to be very strong to live close to God or a mountain, or you’ll turn a little mad.” (Black Narcissus, 1958)

“On and off, all that hot French August, we made ourselves ill from eating the greengages. Joss and I felt guilty; we were still at the age when we thought being greedy was a childish fault and this gave our guilt a tinge of hopelessness because, up to then, we had believed that as we grew older our faults would disappear, and none of them did.” (The Greengage Summer, 1958)

“When I was a child I remember days that stretched into infinity with the certainty of other infinite days; certain, unhurried and brimmingly full.”

“There is an Indian proverb that says that everyone is a house with four rooms, a physical, a mental, an emotional, and a spiritual. Most of us tend to live in one room most of the time but unless we go into every room every day, even if only to keep it aired, we are not a complete person.” (A House With Four Rooms, 1989) 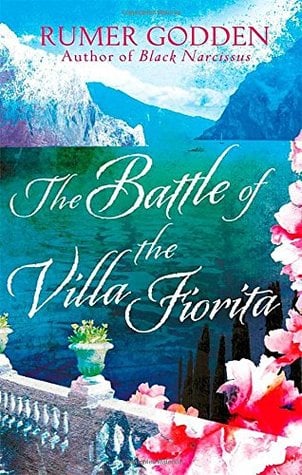 “You don’t give up writing until writing gives you up.”

“Every piece of writing… starts from what I call a grit… a sight or sound, a sentence or happening that does not pass away… but quite inexplicably lodges in the mind.”

“When you learn to read you will be born again … and you will never be quite so alone again.”

“If books were Persian carpets, one would not look only at the outer side. Because it is the stitch that makes a carpet wear, gives it its life and bloom.”

“One of the good things about a Catholic church is that it isn’t respectable,” she had told Richard. “You can find anyone in it, from duchesses to whores, from tramps to kings.” (In This House of Brede, 1969) 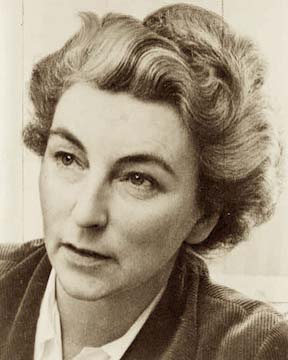 “I have never understood why ‘hard work’ is supposed to be pitiable. True, some work is soul destroying when it is done against the grain, but when it is part of “making” how can you grudge it? You get tired, of course, but the struggle, the challenge, the feeling of being extended as you never thought you could be is fulfilling and deeply, deeply satisfying.”

“In good company your thoughts run, in solitude your thought is still; it goes deeper and makes for itself a deeper groove, delves. Delve means ‘dig with a spade’; it means hard work. In talk your mind can be stretched, widened, exhilarated to heights but it cannot be deepened; you have to deepen it yourself.” (Thus Far and No Further, 1946)

“I like the way everything is clear and concise, you’ll always be forgiven but you must know the rules” (In This House of Brede, 1969)

“You will be lonely, you will be depressed; you must expect it; if you were training your body it would ache and be tired. It is worth it. There is a Hindu proverb which says: ‘You only grow when you are alone’.”  (Thus Far and No Further, 1946) 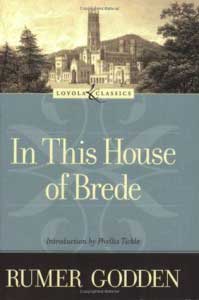 In This House of Brede

“I know now it is children who accept life; grown people cover it up and pretend it is different with drinks.” (The Greengage Summer, 1958)

“To wake for the first time in a new place can be like another birth.” (The Greengage Summer, 1958)

“Perhaps it was the pulling up of her stakes, or claims, to her private loves, renouncing them, that had made room for these people in a kind of universal love, without any claims.” (In This House of Brede, 1969)

“Why do religions have edges?” asked Teresa….
“God is here,” said the printed text on the wall.
“Yes,” said Sophie. “But,” she asked, “isn’t He everywhere? Then why do they make Him little?” And she thought of those edges, pressing against each other, hurting, jarring, offending, barring one human being from another, shutting away their understanding and their souls.
“Yet if you have no edges, thought Sophie, how lonely, how drifting, you must consent to be.”
(Kingfishers Catch Fire, 1953)

“Remember that people need only be told as much of the truth as they are entitled to know.” (In This House of Brede, 1969)

“He had always disliked what he could easily have; he had a passion for the untouched.” (Black Narcissus, 1947)