Quotes from A Little Princess by Frances Hodgson Burnett 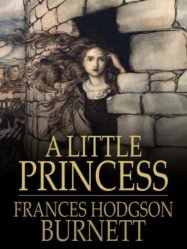 Frances Hodgson Burnett began writing at the young age of sixteen to help the family out with finances after the death of her father. Through depression and illness, Burnett found inspiration for her work and often spent time in her garden.

A Little Princess  (1904) is the story of Sara Crewe, a young girl who loses everything dear to her. When she arrives at the private English boarding school as the richest and best-dressed girl, she’s treated like a little princess.

She gets the prettiest room, her own pony, a maid to wait on her, and the cloying attention ofMiss Minchin, the headmistress.

Then news arrives of her father’s death, a loss that changes Sara’s life. To stay in the school and keep a roof over her head, she’s compelled to work as a servant.

But Sara, abused by Miss Minchin and the other students, remains courageous and kind. She never forgets that she is still worthy, a “princess” despite her reduced circumstances. She uses her  imagination to make the most of what has become a bleak life.

Despite her ordeals, Sara never fails to hold her head high, helps those even less fortunate than herself, and learns what is truly important. Here is a selection of quotes from A Little Princess, a beloved timeless tale.

“When people are insulting you, there is nothing so good for them as not to say a word — just to look at them and think. When you will not fly into a passion people know you are stronger than they are, because you are strong enough to hold in your rage, and they are not, and they say stupid things they wished they hadn’t said afterward. There’s nothing so strong as rage, except what makes you hold it in — that’s stronger. It’s a good thing not to answer your enemies.”

“Perhaps to be able to learn things quickly isn’t everything. To be kind is worth a great deal to other people … Lots of clever people have done harm and have been wicked.”

“If Sara had been a boy and lived a few centuries ago, her father used to say, ‘she would have gone about the country with her sword drawn, rescuing and defending everyone in distress. She always wants to fight when she sees people in trouble.” 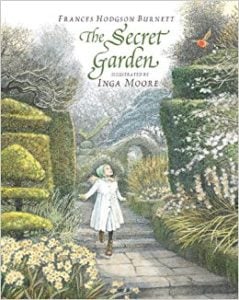 “I am a princess. All girls are. Even if they live in tiny old attics. Even if they dress in rags, even if they aren’t pretty, or smart, or young. They’re still princesses.”

“’I dare say it is rather hard to be a rat,’ she mused. ‘Nobody likes you. People jump and run away and scream out: ‘Oh, a horrid rat!’ I shouldn’t like people to scream and jump and say: ‘Oh, a horrid Sara!’ the moment they saw me, and set traps for me, and pretend they were dinner. It’s so different to be a sparrow. But nobody asked this rat if he wanted to be a rat when he was made. Nobody said: ‘Wouldn’t you rather be a sparrow?’”

“Give her books, and she would devour them and end by knowing them by heart.”

“Am I the same cold, ragged damp Sara? And to think I used to pretend and pretend and wish there were fairies! The one thing I always wanted was to see a fairy story come true. I am living in a fairy story. I feel as if I might be a fairy myself, and able to turn things into anything else.” 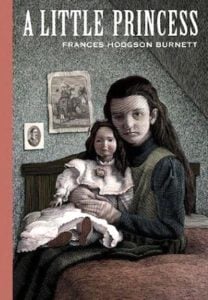 “If nature has made you for a giver, your hands are born open, and so is your heart; and though there may be times when your hands are empty, your heart is always full, and you can give things out of that — warm things, kind things, sweet things–help and comfort and laughter — and sometimes gay, kind laughter is the best help of all.”

“Never did she find anything so difficult as to keep herself from losing her temper when she was suddenly disturbed while absorbed in a book. People who are fond of books know the feeling of irritation which sweeps over them at such a moment. The temptation to be unreasonable and snappish is one not easy to manage.”

“Somehow, something always happens just before things get to the very worst. It is as if Magic did it. If I could only just remember that always. The worse thing never quite comes.” 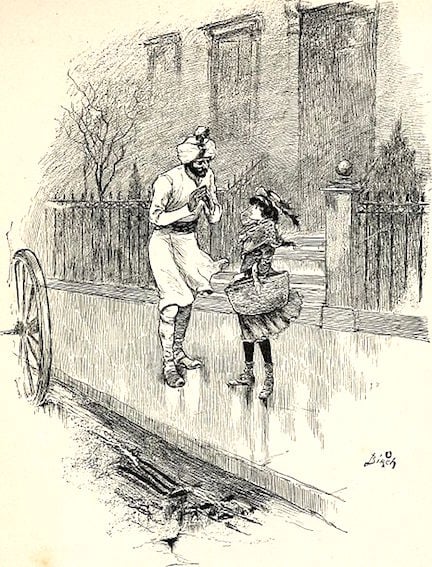 Perhaps I have not really a good temper at all, but if you have everything you want and everyone is kind to you, how can you help but be good-tempered? I don’t know … how I shall ever find out whether I am really a nice child or a horrid one. Perhaps I’m a hideous child, and no one will ever know, just because I never have any trials.”

“Whatever comes … cannot alter one thing. If I am a princess in rags and tatters, I can be a princess inside. It would be easy to be a princess if I were dressed in cloth of gold, but it is a great deal more of a triumph to be one all the time when no one knows it.” 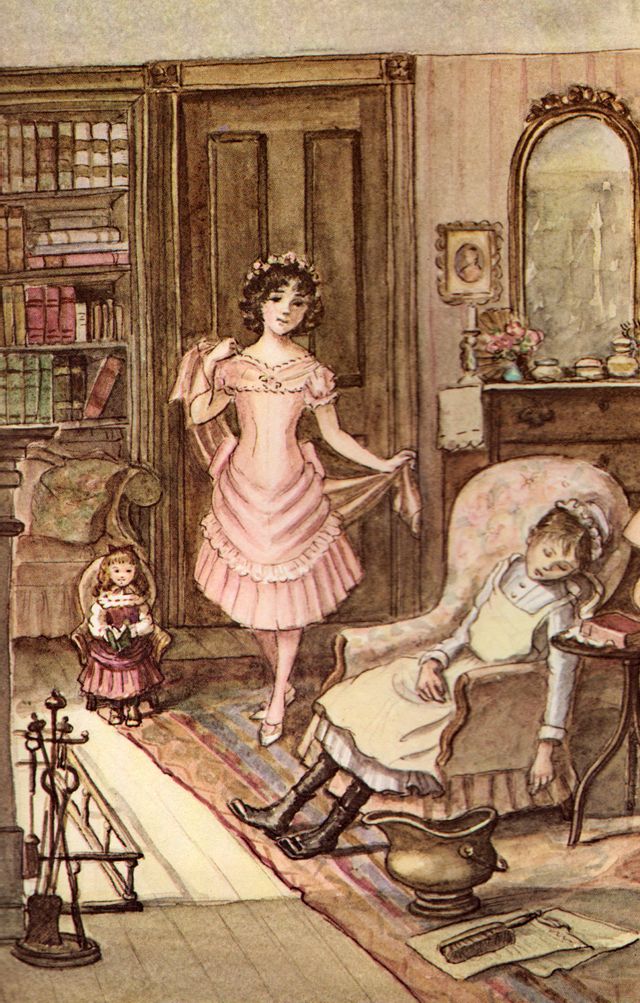