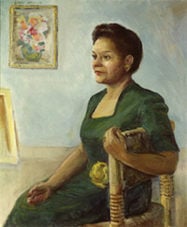 Jessie Redmon Fauset was a writer of the Harlem Renaissance literary movement, a student and teacher of languages, an editor for The Crisis magazine.

She also contributed her own writings — editorials, poetry, short stories, translations from the French of writings by black authors from Europe and Africa, as well as accounts of her worldwide travels. Such was her influence that Fauset has long been considered one of the “midwives” of the Harlem Renaissance literary movement.

Fauset’s first novel, There is Confusion, was published in 1924, coming in the midst of her years as literary editor of The Crisis. Here are quotes by Jessie Redmon Fauset, an often overlooked author who deserves to be rediscovered.

“There are some things which an individual might want, but which he’d just have to give up forever for the sake of the more important whole.” (Plum Bun, 1928)

“We’ve all of us got to make up our minds to the sacrifice of some thing. I mean something more than just the ordinary sacrifices in life, not so much for the sake of the next generation as for the sake of some principle, for the sake of some immaterial quality like pride or intense self-respect or even a saving complacency; a spiritual tonic which the race needs perhaps just as much as the body might need iron or whatever it does need to give the proper kind of resistance.” (Plum Bun, 1928)

“She thought then of black people … And she saw them as a people powerfully, almost overwhelmingly endowed with the essence of life. They had to persist, had to survive, because they did not know how to die.”

“Aviation is poetry … It’s the finest kind of moving around, you know, just as poetry is the finest way of using words.” (Comedy American Style, 1933)

“I like Paris because I find something here, something of integrity, which I seem to have strangely lost in my own country. It is simplest of all to say that I like to live among people and surroundings where I am not always conscious of  ‘thou shall not.’

I am colored and wish to be known as colored, but sometimes I have felt that my growth as a writer has been hampered in my own country. And so — but only temporarily — I have fled from it.” (Paris Tribune, 1923) 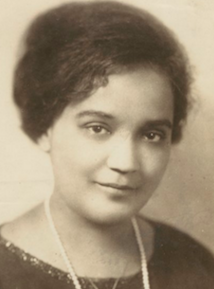 “The Complex of color … every colored man feels it sooner or later. It gets in the way of his dreams, of his education, of his marriage, of the rearing of his children.”

“There is no peace with you Nor any rest! Your presence is a torture to the brain. Your words are barbed arrows to the breast.”

“The white world is feverishly anxious to know of our thoughts, our hopes, our dreams. Organization is our strongest weapon.” 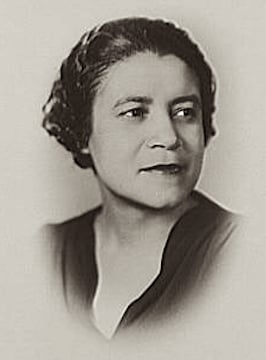 “She saw life as a ghastly skeleton and herself feverishly trying to cover up its bare bones …” (There Is Confusion, 1924)

“It was the first time he’d ever seen the family like this, all together, not entertaining, completely themselves, relaxed and at ease like people in dressing gowns and slippers.” (The Chinaberry Tree: A Novel of American Life, 1931)

“The remarkable thing about this gift of ours is that it has its rise, I am convinced, in the very woes which beset us . . . It is our emotional salvation.”

“I am no better than you. You are no worse than I. Whatever I am, you, in your children, may be. Whatever you are, I in my father have been.” (There Is Confusion, 1924)

“To be a colored man in America … and enjoy it, you must be greatly daring, greatly stolid, greatly humorous and greatly sensitive. And at all times a philosopher …” (Comedy, American Style, 1933)

“She thought of … how earnestly and deliberately Americans every summer exposed themselves on shore and water to the burning sun in order to obtain the effect which, when natural, they affected so to despise.” (Comedy American Style, 1933)