Quotes by Jean Rhys, author of The Wide Sargasso Sea 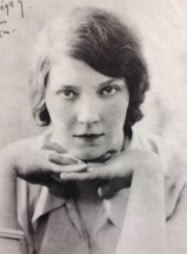 Jean found writing difficult and expressed that she would rather be happy than be a writer. She returned to Dominica only once, in 1936, visiting her grandfather’s plantation.

The estate and his possessions destroyed during the 1844 “Census Riots” / ”La Guerre Negre.” The house itself had been burned down by arsonists in 1930, a tragedy Jean integrated into Wide Sargasso Sea.

She lived out her later years in a small Devon village, free from financial worries after the publication of Wide Sargasso Sea, but unenthusiastic about her belated literary success with Wide Sargasso Sea.  Here is a selection of quotes by Jean Rhys, a prickly woman and unconventional author.

“You can pretend for a long time, but one day it all falls away and you are alone. We are alone in the most beautiful place in the world…” (Wide Sargasso Sea, 1966)

“If I was bound for hell, let it be hell. No more false heavens. No more damned magic. You hate me and I hate you. We’ll see who hates best. But first, first I will destroy your hatred. Now. My hate is colder, stronger, and you’ll have no hate to warm yourself. You will have nothing.” (Wide Sargasso Sea, 1966)

“Every word I say has chains round its ankles; every thought I think is weighted with heavy weights.” (Good Morning, Midnight, 1939)

“There are always two deaths, the real one and the one people know about.” (Wide Sargasso Sea, 1966)

“I hated the mountains and the hills, the rivers and the rain. I hated the sunsets of whatever colour, I hated its beauty and its magic and the secret I would never know. I hated its indifference and the cruelty which was part of its loveliness. Above all I hated her. For she belonged to the magic and the loveliness. She had left me thirsty and all my life would be thirst and longing for what I had lost before I found it.” (Wide Sargasso Sea, 1966)

“Justice. I’ve heard that word. I tried it out. I wrote it down. I wrote it down several times and always it looked like a damn cold lie to me. There is no justice.” (Wide Sargasso Sea, 1966) 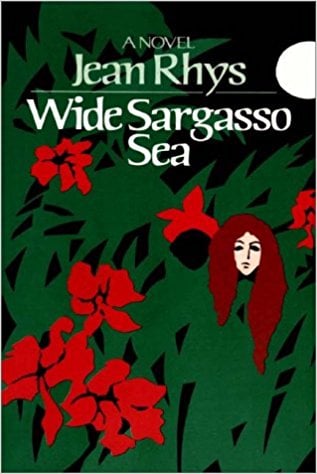 “My life, which seems so simple and monotonous, is really a complicated affair of cafés where they like me and cafés where they don’t, streets that are friendly, streets that aren’t, rooms where I might be happy, rooms where I shall never be, looking-glasses I look nice in, looking-glasses I don’t, dresses that will be lucky, dresses that won’t, and so on.” (Good Morning, Midnight, 1939)

“Today I must be very careful, today I have left my armor at home.” (Good Morning, Midnight, 1939)

“Not that she objected to solitude. Quite the contrary. She had books, thank Heaven, quantities of books. All sorts of books.” (Quartet, 1929)

“I like shape very much. A novel has to have shape, and life doesn’t have any. ” (Smile Please: An Unfinished Autobiography, 1979)

“I would never be part of anything. I would never really belong anywhere, and I knew it, and all my life would be the same, trying to belong, and failing. Always something would go wrong. I am a stranger and I always will be, and after all I didn’t really care.” (Smile, Please: An Unfinished Autobiography, 1979)

“When I think about it, if I had to choose, I’d rather be happy than write. You see, there’s very little invention in my books. What came first with most of them was the wish to get rid of this awful sadness that weighed me down. I found when I was a child that if I could put the hurt into words, it would go. It leaves a sort of melancholy behind and then it goes.”

You may also enjoy: Wide Sargasso Sea by Jean Rhys

“And what does anyone know about traitors, or why Judas did what he did?” (Wide Sargasso Sea, 1966)

“You imagine the carefully pruned, shaped thing that is presented to you is truth. That is just what it isn’t. The truth is improbable, the truth is fantastic; it’s in what you think is a distorting mirror that you see the truth.” (Good Morning, Midnight, 1939)

“Reading makes immigrants of us all. It takes us away from home, but more important it finds homes for us everywhere.”

“Yes, I am sad, sad as a circus-lioness, sad as an eagle without wings, sad as a violin with only one string and that one broken, sad as a woman who is growing old. Sad, sad, sad…” (Good Morning, Midnight, 1939)

“Something came out from my heart into my throat and then into my eyes.” (Voyage in the Dark, 1934)